WATCH: How Chemical Farming Created an Epidemic of Chronic Disease

In “Chemical Farming and the Loss of Human Health,” Dr. Zach Bush exposes the truth about our toxic food system and its impact on human health. 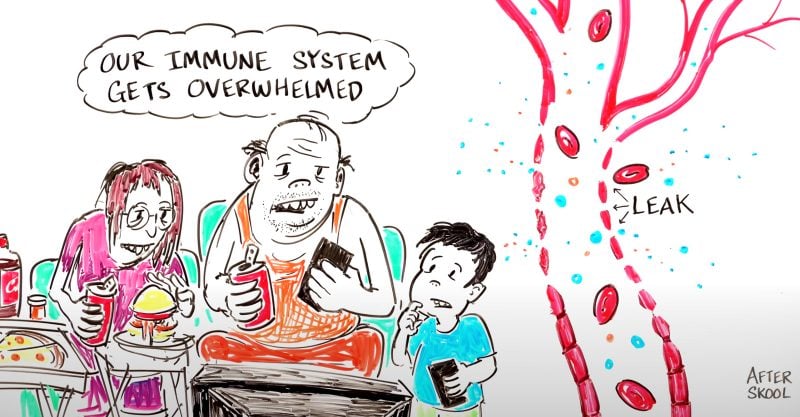 For thousands of years, civilizations have been controlled through their food chain — our world today is no exception. And with a global population of 7.8 billion, controlling the global food supply is big business.

What impact does the control and monopolization of our food chain have on human health? Triple board-certified physician Dr. Zach Bush answers that — and more — in the video below, “Chemical Farming and the Loss of Human Health.”

Bush suggests that sometime between the late 1980s and early 2000s, we did something to the environment that destroyed the ability of our immune systems to protect us — and in the process, we sparked a rise in a number of chronic diseases, including autism, Alzheimer’s disease, Parkinson’s disease, multiple sclerosis, type 1 diabetes, celiac disease, thyroid disease and Crohn’s disease.

Bush believes that “something” was the invention of industrial-chemical agriculture and the introduction of toxic pesticides, such as Monsanto’s Roundup weedkiller.

Spraying food with chemicals prevents plants from forming the building blocks needed to properly nourish not only humans but all mammals, Bush said — and that ultimately destroys our ability to ward off illnesses.

Exposure to agrochemicals isn’t limited to the food we eat. About 4.5 billion pounds of glyphosate, the key ingredient in Roundup weedkiller, are sold each year to treat soils. Less than one-tenth of 1 percent of the Roundup actually hits a weed — the other 99.9 percent goes into the soil and is eventually washed into our waterways, Bush says.

Watch “Chemical Farming and the Loss of Human Health”: