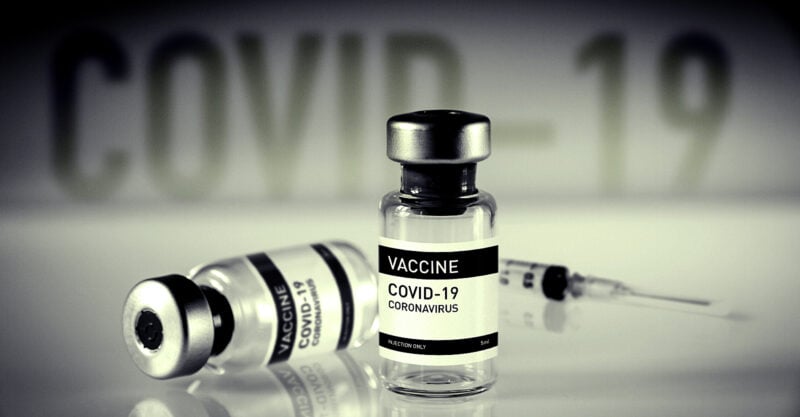 The Centers for Disease Control and Prevention (CDC) today released new data showing a total of 1,255,355 reports of adverse events following COVID-19 vaccines were submitted between Dec. 14, 2020, and April 29, 2022, to the Vaccine Adverse Event Reporting System (VAERS). VAERS is the primary government-funded system for reporting adverse vaccine reactions in the U.S. 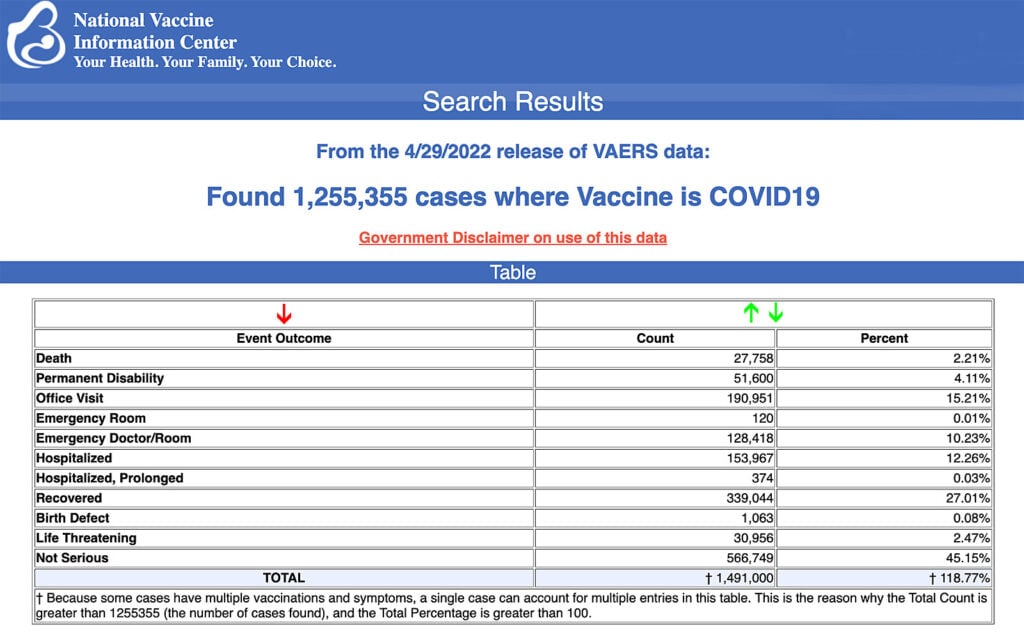 The FDA on Thursday put strict limits on the use of the Johnson & Johnson (J&J) COVID-19 vaccine, citing the risk of a blood-clotting condition the agency described as “rare and potentially life-threatening.”

In a statement Thursday, the FDA said the risk of vaccine recipients developing thrombosis with thrombocytopenia syndrome (TTS) after receiving the vaccine “warrants limiting the authorized use of the vaccine.”

The agency described TTS as “a syndrome of rare and potentially life-threatening blood clots in combination with low levels of blood platelets with onset of symptoms approximately one to two weeks following administration of the Janssen [J&J] COVID-19 vaccine.”

Peter Marks, M.D., Ph.D., director of the FDA’s Center for Biologics Evaluation and Research, said limiting the authorized use of the Janssen vaccine “demonstrates the robustness of our safety surveillance systems and our commitment to ensuring that science and data guide our decisions.”

However, Brian Hooker, Ph.D., P.E., Children’s Health Defense chief scientific officer and professor of biology at Simpson University, had a different take on the news.

“It seems like the FDA pays lip service to the fact that the spike protein can cause clotting, and to the widespread reports of clotting, by punishing Janssen, who has become the ‘whipping boy’ of the COVID-19 vaccine manufacturers through the pandemic,” Hooker said.

The decision comes about five months after the CDC recommended mRNA vaccines Moderna and Pfizer over J&J for booster doses.

In April 2021, federal health agencies paused distribution of J&J’s vaccine to investigate reported cases of blood clotting disorders occurring in those who received the shot. But regulators lifted the pause 10 days later and added a warning to instructions for its use.

The preprint study found participants in Moderna’s adult trial who received the vaccine and later were exposed to the virus, did not generate antibodies to a key component of the virus as often as those in the placebo group.

The authors’ findings, corroborated by U.K. data that demonstrate the rates of infection are significantly higher in the vaccinated, suggest Moderna knew of this safety signal in 2020 when the vaccine maker was conducting its trials.

The study implies that reduced ability of a vaccinated individual to produce antibodies to other portions of the virus may lead to a greater risk of future infections in the vaccinated compared to the unvaccinated.

Evidence suggests that even after a vaccinated person has a breakthrough infection, that individual still does not acquire the same level of protection against subsequent exposures that an unvaccinated person acquires.

A study published in JAMA Cardiology on April 20 involving 23 million people shows a COVID-19 vaccine side effect once labeled as “misinformation” is real.