Bill Maher said in a video that YouTube has no business censoring information on COVID treatments like ivermectin, or evidence that the SARS-CoV2 may have escaped from a lab. 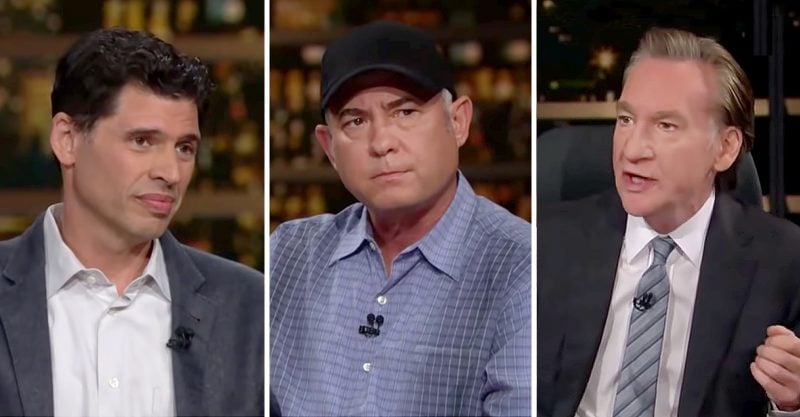 Maher referenced comments by Google’s head of health division, David Feinberg, who told a Wall Street Journal reporter in June that Google doesn’t autofill searches for “coronavirus lab leak” because it doesn’t want to lead “people down pathways” to information that’s not “authoritative.”

Feinberg said Google wants users to see information from authorities like the Centers for Disease Control and Prevention and the World Health Organization (WHO).

For four months, Facebook banned all posts about the COVID lab leak theory, Maher said. It’s “outrageous” I can’t look this info up, Maher fumed. “And now they’re doing it about this drug ivermectin.”

Maher rejected the idea that YouTube can decide what information users see about COVID treatments including ivermectin.

“They threw Bret Weinstein off YouTube, or almost,” Maher said. “YouTube should not be telling me what I can see about ivermectin. Ivermectin isn’t a registered Republican. It’s a drug!”

Weinstein, host of the “DarkHorse Podcast,” told Joe Rogan YouTube “demonetized” his channels, removed some of his videos and issued warnings for content that mentioned ivermectin, labeling it “spam” and “deceptive medical information.”

As journalist Matt Taibbi noted in a recent article about private platforms using government guidelines to police content, YouTube’s decision to censor Weinstein and others talking about COVID treatments other than the vaccine is “part of an overall butterfly effect.”

“Weinstein guest Dr. Robert Malone, a former Salk Institute researcher often credited with helping develop mRNA vaccine technology, has been suspended from LinkedIn, and Weinstein guest Dr. Pierre Kory of the Front Line COVID-19 Critical Care Alliance has had his appearances removed by YouTube. Even Satoshi Ōmura, who won the Nobel Prize in 2015 for his work on ivermectin, reportedly had a video removed by YouTube this week.”

The problem with tech companies relying on government guidelines, said Taibbi, is that those guidelines are “significantly dependent” on info from the pharmaceutical industry — which has a history of “being less than forthright with the public.”

Allowing corporations to censor what people say online about their products, said Taibii, promotes an environment that eliminates public criticism.

“If platforms like YouTube are basing speech regulation policies on government guidelines, and government agencies demonstrably can be captured by industry, the potential exists for a new brand of capture — intellectual capture, where corporate money can theoretically buy not just regulatory relief but the broader preemption of public criticism.

“It’s vaccines today, and that issue is important enough, but what if in the future the questions involve the performance of an expensive weapons program, or a finance company contracted to administer bailout funds, or health risks posed by a private polluter?”