The CDC wrongly stated on its website that Pfizer’s COVID vaccine was highly effective in people previously infected with the virus. It took multiple calls to the CDC and more than a month before the agency finally corrected the error —but the new language is still misleading. 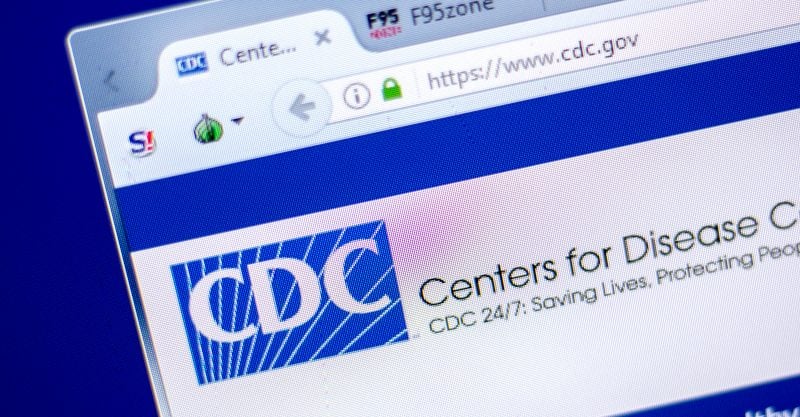 Your immune system is designed to work in response to exposure to an infectious agent. Upon recovery, you’re typically immune to that infectious agent. In the case of COVID-19, however, public health officials have been reluctant to suggest that those who have recovered are now immune — and therefore have no need for a COVID-19 vaccine.

Rep. Thomas Massie, (R-Ky.), is among those who had COVID-19 and recovered. As a scientist, he looked into whether he should still get a COVID-19 vaccine, uncovering research that showed vaccination offered no benefit to those who have previously been infected. “The controversy began,” according to Sharyl Attkisson’s Full Measure report, “when Massie noticed the CDC was claiming the exact opposite.”

In a high-profile report issued by the CDC’s Advisory Committee on Immunization Practices, 15 scientists stated that the Pfizer-BioNTech COVID-19 vaccine had “consistent high efficacy” of 92% or more among people with evidence of previous SARS-CoV-2 infection.

But according to Massie, “That sentence is wrong. There is no efficacy demonstrated in the Pfizer trial among participants with evidence of previous SARS-CoV-2 infections and actually there’s no proof in the Moderna trial either.” In France, the health body la Haute Autorité de Santé (HAS) does not recommend routinely vaccinating those who have already recovered from COVID-19, stating:

“At this stage, there is no need to systematically vaccinate people who have already developed a symptomatic form of Covid-19 unless they wish to do so following a decision shared with the doctor and within a minimum period of time. 3 months from the onset of symptoms.”

Yet, the CDC suggests everyone who’s had COVID-19 should still get vaccinated: “Due to the severe health risks associated with COVID-19 and the fact that reinfection with COVID-19 is possible, vaccine should be offered to you regardless of whether you already had COVID-19 infection.”

When Massie realized that vaccination didn’t change the risk of infection among people who’ve had COVID-19, he was alarmed and contacted the CDC directly, recording his calls. “It [the CDC report] says the exact opposite of what the data says. They’re giving people the impression that this vaccine will save your life, or save you from suffering, even if you’ve already had the virus and recovered, which has not been demonstrated in either the Pfizer or the Moderna trial.”

Massie first spoke with Dr. Amanda Cohn, the lead for the vaccine planning unit of the CDC’s COVID-19 response.7 On Dec. 16, she told Massie, “People who have had disease, given that there’s limited doses right now, we’re, we are suggesting that those people wait.”

Cohn also thanked Massie for bringing it to her attention that their claim that vaccines are effective in people who’ve previously had COVID-19 is a mistake, and implied that it would be fixed. Cohn said:

“I think we read that thing so many times that when, you know, we just skipped right over it. We know we can’t be perfect, we know we’re gonna miss things. You will forever after be known in our office as ‘Eagle-Eyed Man.’”

Two days later, however, Cohn told medical professionals in an online session that people with prior infection are likely to benefit from vaccination. A month after that, the false information remained on the CDC’s website, Massie, said, prompting another call.

This time, Massie spoke with the CDC’s Washington, D.C., director Anstice Brand, who talked in circles. “So I called them up on Tuesday, as soon as I could, to ask them why it hadn’t been fixed,” Massie told Attkisson. “And it was like, I was starting all over with the same people. And instead of fixing it, they proposed repeating it and just phrasing their mistake differently.”

Massie also spoke with CDC scientist Dr. Sara Oliver, who was part of the online session that gave out misinformation to medical professionals and is also an author of the flawed CDC report. He said, “There was an error and I noticed you are an author on it and I wondered if I could get your help in getting this error corrected. You can’t say it’s efficacious for people with prior infection. That’s an absolutely untrue sentence.”

Oliver responded, “Yeah, I mean, we’re — we’re still recommending that individuals who have prior infection receive the vaccine.” When he pushed further, she said, “Okay. I — I can, um, I can talk with MMWR, and with Dr. Cohn and see, if, if we can tweak that language a little bit.”

CDC ‘lying about the efficacy of the vaccine’

It wasn’t until Massie’s final call with the CDC, to deputy director Anne Schuchat, that it was acknowledged that a correction was necessary. “As you note correctly, there is not sufficient analysis to show that in the subset of only the people with prior infection, there’s efficacy. So, you’re correct that that sentence is wrong and that we need to make a correction of it. I apologize for the delay,” Schuchat said. Jan. 29 the CDC did finally issue a correction, which reads:

“Consistent high efficacy (≥92%) was observed across age, sex, race, and ethnicity categories and among persons with underlying medical conditions. Efficacy was similarly high in a secondary analysis including participants both with or without evidence of previous SARS-CoV-2 infection.”

Instead of fixing the error, Massie believes the wording still misleadingly suggests vaccination is effective for those previously infected.

He told Attkisson, “[I]nstead of fixing it, they proposed repeating it and just phrasing their mistake differently. So, at that point, right now I consider it a lie. I think the CDC is lying about the efficacy of the vaccine based on the Pfizer trials, for those who have already had the coronavirus.” Full Measure asked Oliver, Cohn and the CDC for interviews, but they declined the request.

Additional research into vaccination of individuals who already had COVID-19 revealed that the antibody response to the first vaccine dose is equal to or exceeds titers from those who were not previously infected but received two doses.

“Changing the policy to give these individuals only one dose of vaccine would not negatively impact on their antibody titers, spare them from unnecessary pain and free up many urgently needed vaccine doses,” researchers wrote in a preprint study. Side effects, including fatigue, headaches, fever, muscle and joint pain and chills, were also more common among those who had been infected before.

A second study also suggested that the antibody response to a single dose of COVID-19 vaccine among health care workers previously infected was comparable to that among people who hadn’t been previously infected and received two doses. They concluded that those who have already had COVID-19 are not a “priority” for vaccination:

Does recovery from COVID-19 provide immunity?

“If you have had COVID-19, you have some protection against reinfection. This means that you are less likely to become infected and seriously ill, and less likely to infect others if you are exposed to the virus again.

“Over time, the protection that you get after an infection wanes and there is an increased risk of getting infected again. At present, we estimate that the protection after having had COVID-19 lasts at least six months from the time of infection.”

As for the vaccine, Dr. Meryl Nass suggests the protection it provides will be inferior to that acquired via natural infection:

“No one knows how long immunity lasts, if in fact the vaccines do provide some degree of immunity. (Should it be called immunity if you can still catch and spread the virus?)

“For every known vaccine, the immunity it provides is less robust and long-lasting than the immunity obtained from having had the infection. People who have had COVID really have no business getting vaccinated — they get all the risk and none of the benefit. It is said that Israelis who had COVID are not being vaccinated.”

WHO changed definition of herd immunity

Many have wondered if vaccination would even be necessary if widespread herd immunity were achieved naturally. Your immune system isn’t designed to get vaccines. It’s designed to work in response to exposure to an infectious agent. But apparently, according to WHO, that’s no longer the case.

In October 2020, here’s their updated definition of herd immunity, which is now “a concept used for vaccination”:

“‘Herd immunity,’ also known as ‘population immunity,’ is a concept used for vaccination, in which a population can be protected from a certain virus if a threshold of vaccination is reached. Herd immunity is achieved by protecting people from a virus, not by exposing them to it.

This perversion of science implies that the only way to achieve herd immunity is via vaccination, which is blatantly untrue. The startling implications for society, however, is that by putting out this false information, they’re attempting to change your perception of what’s true and not true, leaving people believing that they must artificially manipulate their immune systems as the only way to stay safe from infectious disease.

The fact is the COVID-19 vaccine really isn’t a vaccine in the medical definition of a vaccine. It’s more accurately an experimental gene therapy, of which the effectiveness and safety are far from proven.