“Because there’s never been a licensed mRNA vaccine before, we really don’t know what injuries are going to look like.” — Mary Holland 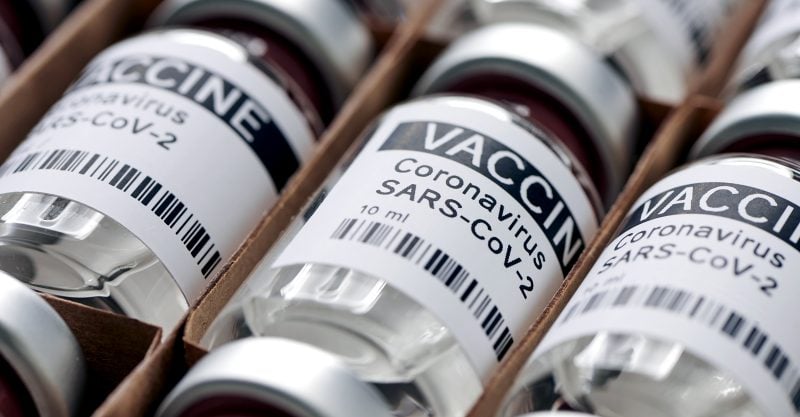 Pfizer announced Monday preliminary analysis of its COVID-19 vaccine trials indicates the vaccine will be more than 90% effective. The news sent stocks soaring and had the media all but doing cartwheels.

Pfizer CEO Albert Bourla told CNN the vaccine is “the greatest medical advance” in the world’s last hundred years. He told ABC News that the drugmaker “feels very good about the safety.”

But the New York Times pointed out that Pfizer’s data — delivered in a news release, not a peer-reviewed medical journal — “is not conclusive evidence that the vaccine is safe and effective, and the initial finding of more than 90 percent efficacy could change as the trial goes on.”

Jesse Goodman, professor of medicine and infectious diseases at Georgetown University, told the Times, “We need to see the actual data, and we’re going to need longer-term results.”

Fast Company reported on the development by reminding readers that the Pfizer vaccine, if approved, will be the first to use “an as-yet-unproven technology platform that relies on something called messenger RNA, usually shortened to mRNA.”

Moderna is also working on an mRNA COVID vaccine. In May, Children’s Health Defense reported that clinical trials for Moderna’s vaccine had a 20% “serious injury rate” in its high-dose group. Moderna told the New York Times this week it expects interim findings from its study this month.

“New vaccine technology will likely mean new kinds of vaccine injuries. Because there’s never been a licensed mRNA vaccine before, we really don’t know what injuries are going to look like. In that the vaccines were developed so quickly, with such short clinical trials, the long-term injuries are a complete unknown.”

What exactly is mRNA technology? Fast Company describes it this way:

“Like other vaccines, mRNA vaccines work by training the immune system to recognize a threat like a virus and begin producing antibodies to protect itself. But while traditional vaccines often use inactivated doses of the organisms that cause disease, mRNA vaccines are designed to make the body produce those proteins itself. Messenger RNA — a molecule that contains instructions for cells to make DNA — is injected into cells. In the case of COVID-19, mRNA vaccines provide instructions for cells to start producing the ‘spike’ protein of the new coronavirus, the protein that helps the virus get into cells. On its own, the spike protein isn’t harmful. But it triggers the immune system to begin a defensive response. As Bill Gates, who has supported companies like Moderna and BioNTech through the Gates Foundation, has described it, ‘you essentially turn your body into its own manufacturing unit.’”

Holland and others are concerned that the combination of novel technology, fast-track approvals and widespread panic that could trigger new vaccine mandates may lead to unprecedented types and numbers of injuries.

Pfizer, which is developing its COVID vaccine in partnership with German drugmaker BioNTech, recently confirmed that the drugmaker will seek emergency use authorization for its COVID vaccine from the Food and Drug Administration, once the company successfully completes clinical trials.

Dr. Anthony Fauci, director of the National Institute of Allergy and Infectious Diseases,  previously stated that long-term immunity to COVID will be possible only if the “vast majority of the public get vaccinated” and that a vaccine will go hand-in-hand with “continued public health efforts.”

According to CBS Boston, Fauci told analysts in October that initial COVID vaccines won’t kill the virus, only prevent symptoms.

Vaccine makers, already shielded from liability for vaccine injuries under the National Childhood Vaccine Injury Act of 1986, will be even more protected against COVID vaccine injuries. As reported by Mercola.com, in March, the Federal Register published a “Declaration Under the Public Readiness and Emergency Preparedness Act for Medical Countermeasures Against COVID-19” which effectively sets up a new COVID “vaccine court.”

The new declaration expands the existing focus on injuries or deaths related to the recommended vaccines for children and pregnant women, to specifically include injuries stemming from a new COVID vaccine.

Meanwhile, Pfizer’s clinical trials — which include children — continue. According to Axios, Pfizer and BioNTech say they’ve enrolled “43,538 participants to date, 38,955 of whom have received a second dose of the vaccine candidate as of Nov. 8, 2020.”

Pfizer and BioNTech didn’t take money for research and development of their COVID vaccine under the federal government’s Operation Warp Speed program. But the program has promised Pfizer $1.95 billion to deliver 100 million doses to the federal government, which will be given to Americans free of charge, the New York Times reported.

The Wall Street Journal reported in October that Pfizer set up a facility in Kalamazoo, Michigan on “a stretch of land the size of a football field” in anticipation of delivering up to “100 million doses this year and another 1.3 billion in 2021.”

CORRECTION: Vaccine candidate was found to be more than 90% effective in preventing COVID-19 in participants without evidence of prior SARS-CoV-2 infection in the first interim efficacy analysis, not 99% as previously stated.