Joe Rogan, on “The Joe Rogan Experience,” interviews two of the world’s leading experts — Bret Weinstein and Dr. Pierre Kory — on ivermectin. They discuss how YouTube censored the DarkHorse Podcast for highlighting the benefits of ivermectin to treat COVID. 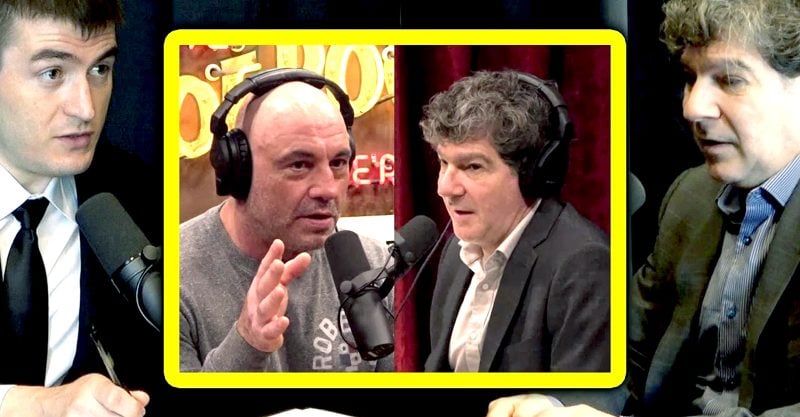 Last week Joe Rogan did an “emergency podcast” with evolutionary biologist Bret Weinstein, Ph.D. and critical care specialist Dr. Pierre Kory on how they are being censored by YouTube for discussing the benefits of using ivermectin to treat COVID.

Weinstein, host of the DarkHorse Podcast, told Rogan that YouTube “demonetized” his channels, removed some of his videos and issued warnings for content that mentioned ivermectin, labeling it “spam” and “deceptive medical information.”

YouTube’s message is “drop the science and stick to the narrative — or else,” Weinstein tweeted.

YouTube just demonetized both DarkHorse channels, wiping out more than half our family income. Their message: Drop the science and stick to the narrative—or else.

No, YouTube. Review *this* video.#CensorshipKills, belts tighten, incomes can be replacedhttps://t.co/XodZq0gApu

Ivermectin was discovered in the 1970s by Japanese microbiologist Satoshi Ōmura and American parasitic biologist William C. Campbell. Their discovery won them the 2015 Nobel Prize in Physiology.

The drug has successfully treated millions of people with River Blindness, a disease caused by parasitic worms that ultimately leads to blindness. It’s also proven effective against Lymphatic filariasis, a parasitic disease spread by mosquitoes.

Kory told Rogan that ivermectin also works for diseases such as the Zika virus, Dengue, HIV, West Nile and influenza.

Mounting evidence highlights its effectiveness against COVID, too, said Kory.

An independent meta-analysis published in June in the American Journal of Therapeutics found patients treated with ivermectin had a 62% reduction in COVID deaths.

“You’d save two out of every three people that you treated. That’s the minimum of what ivermectin is capable of because not in every trial were they treated early. When you look at the early versus late, they do so much better.”

COVID patients given ivermectin early on had about an 80% reduction in hospitalizations and death, said Kory.

Another study published in February in the International Journal of Infectious Diseases found that nearly 85% of patients in Mexico that were given ivermectin as part of a multidrug therapy recovered from COVID within two weeks.

Weinstein and Kory both agree ivermectin could have saved millions of lives, but doctors were told not to use it.

Listen to the full interview here: