President Biden Wednesday ordered U.S. intelligence agencies to investigate the origins of the SARS-CoV-2, including whether the virus may have escaped from the Wuhan Institute of Virology in Wuhan, China. 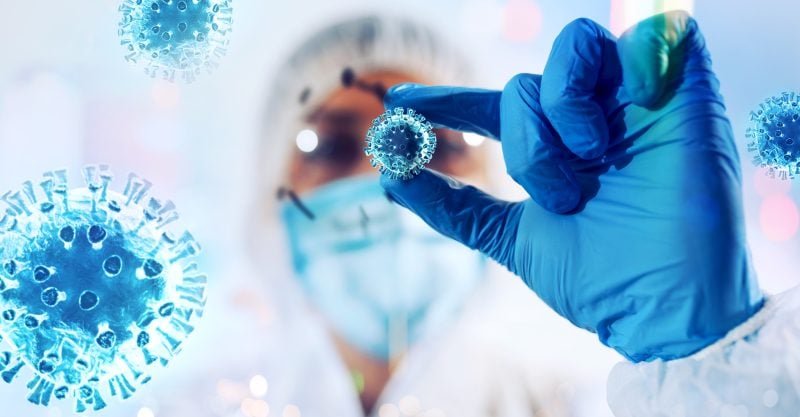 President Biden Wednesday ordered U.S. intelligence agencies to investigate the origins of the SARS-CoV-2, including whether the virus may have escaped from the Wuhan Institute of Virology (WIV) in Wuhan, China.

The announcement followed on the heels of a number of recent developments, including a Wall Street Journal report earlier this week revealing that three researchers at the WIV became sick enough in November 2019 to seek hospital care.

The report isn’t the only recent news to raise new questions about the lab-leak theory.

Earlier this month, in an open letter published in the Journal Science, 18 prominent scientists called for a deeper investigation into the origins of the virus. The scientists, who criticized an investigation led by the World Health Organization that in March concluded it was “extremely unlikely” the virus escaped from a lab, wrote:

“We must take hypotheses about both natural and laboratory spillovers seriously until we have sufficient data. A proper investigation should be transparent, objective, data-driven, inclusive of broad expertise, subject to independent oversight, and responsibly managed to minimize the impact of conflicts of interest.”

Earlier this week, the Washington Post published a timeline explaining how the lab-leak theory suddenly became “credible.” One reason, the article said, was that efforts to find a natural source had failed.

Last week, Republicans on the House Intelligence Committee issued a new report obtained by Fox News claiming “significant circumstantial evidence” that the COVID outbreak stemmed from a leak at the WIV.

In the report, Republicans pointed to China’s “history of research lab leaks resulting in infections,” and warnings from U.S. diplomats in China as early as 2017 that the Wuhan lab was conducting “dangerous research” on coronaviruses without following “necessary safety protocols, risking the accidental outbreak of a pandemic.”

“To protect American citizens from future pandemics, the U.S. Government must place more pressure on China to allow full, credible investigations of the source of the COVID-19 pandemic and to allow probes of the likelihood that it resulted from a lab leak.”

Facebook Wednesday told Politico it will no longer take down posts claiming the virus was man-made or manufactured, a move Politico said “acknowledges the renewed debate about the virus’ origins.”

“Facebook announced in February it had expanded the list of misleading health claims that it would remove from its platforms to include those asserting that ‘COVID-19 is man-made or manufactured.’ The tech giant has updated its policies against false and misleading coronavirus information, including its running list of debunked claims, over the course of the pandemic in consultation with global health officials.”

For the most part, mainstream media reports on Biden’s move have so far focused on China’s potential role in creating the virus through controversial gain-of-function experiments, a type of research that involves engineering viruses to make them more lethal and more transmissible.

However, Republican House Committee members, in their report, said this:

“The U.S. Government must also provide a full accounting of any American cooperation with the Wuhan lab’s coronavirus research, including the support of these projects through U.S. Government funds.”

As science writer and former New York Times reporter Nicholas Wade detailed earlier this month, the National Institute of Allergy and Infectious Diseases, which operates under the National Institutes of Health (NIH) and is headed up by Dr. Anthony Fauci, provided funding for gain-of-function research at the WIV, from June 2014 to May 2019. The research was conducted jointly by Chinese and U.S. scientists.

On May 11, after more than a year of standing by the theory that COVID evolved naturally, Fauci told the Poynter Institute he’s no longer “convinced” that’s the case, CNN reported.

The new ban doesn’t apply to gain-of-function research conducted elsewhere, including at the more than 200 labs throughout the U.S. that are registered as BSL-3 and BSL-4, qualifying them to conduct gain-of-function experiments.

On Feb. 23, 28 members of Congress wrote to the principal deputy inspector general of the U.S. Department of Health and Human Services requesting a prompt and thorough investigation into the NIH’s response to biosafety concerns raised about taxpayer-funded coronavirus research at the WIV.

In October 2020, Children’s Health Defense Chairman Robert F. Kennedy, Jr. wrote to Rep. Bill Posey (R-Fla.) asking the Congressman to investigate the causes leading up to and contributing to the SARS-CoV-2 pandemic.