Pfizer and the FDA downplayed the cases of Bell’s palsy in COVID vaccine trial participants. But the evidence that vaccines, including COVID and flu, cause the disorder deserves further investigation. 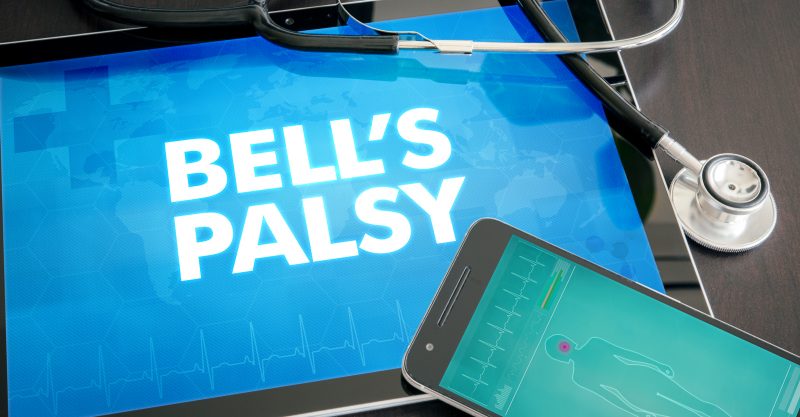 On Dec. 10, 2020, Pfizer officially released data from the company’s COVID-19 mRNA vaccine clinical trials to the U.S. Food and Drug Administration (FDA) for review prior to the agency’s “emergency use” authorization of the vaccine. One of several safety signals that stood out in the data was for facial paralysis, a condition known as Bell’s palsy.

Bell’s palsy was reported by four participants in the vaccine study group. No cases of Bell’s palsy were reported in the placebo group.

Pfizer was quick to suggest that the number of cases reported was consistent with the background occurrence of Bell’s palsy in the general population. The drugmaker concluded that “there was no clear basis for a causal relationship at this time” and that the FDA would continue to monitor once the vaccine was deployed into larger populations.

What do we know about Bell’s palsy?

According to a National Institutes of Health Fact Sheet, Bell’s palsy results from dysfunction of cranial nerve VII (the facial nerve). The facial nerve carries nerve impulses to the tear glands, the saliva glands and the muscles of a small bone in the middle of the ear. The nerve also transmits taste sensations from the tongue.

Interestingly, loss of taste is a well-known adverse event following COVID-19 infections. In one study, researchers found that almost 80% of people with sudden loss of smell or taste tested positive for COVID-19 antibodies.

Because the facial nerve is complex, disruption in its function such as occurs with Bell’s palsy can lead to many problems. Symptoms of Bell’s palsy can vary from person to person and range in severity from mild weakness to total paralysis. The most common symptom is sudden weakness of one side of the face. Other symptoms may include drooping of the mouth, drooling, inability to close an eye (causing dryness of the eye) and excessive tearing in one eye.

Individuals may also have facial pain or abnormal sensations, altered taste and intolerance to loud noises. Most often, these symptoms lead to significant facial distortion.

Impairment or loss of taste, known as dysgeusia or ageusia, may occur along with dysesthesia, painful sensations secondary to nerve damage. During regeneration of the facial nerve following Bell’s palsy, some neural fibers may also take an unusual course and connect to neighboring muscle fibers. When this occurs, voluntary movements of the face are accompanied by synkinesis, or involuntary movements of the eyes or mouth.

According to Medscape, most patients with Bell’s palsy recover without any obvious facial deformities. However, approximately 30% of patients experience long-term symptoms following the paralysis, and 5% are left with a high degree of residual damage from the disease.

Although the etiology of Bell’s palsy is currently unknown, viral infection or autoimmune disease have both been postulated as possible mechanisms.

For example, Bell’s palsy may be caused when latent herpes viruses are reactivated from cranial nerve ganglia. A cell-mediated autoimmune mechanism that injures the myelin basic protein that covers and insulates the nerves has also been suggested for the pathogenesis of Bell’s palsy.

Some researchers believe that the condition may be a variant of Guillain-Barré syndrome, a neurologic disorder with recognized cell-mediated immunity against peripheral nerve myelin antigens.

Both Guillain–Barré and Bell’s palsy have been reported following vaccination.

In a comprehensive review of Bell’s palsy conducted by the Brighton Collaboration (a global group that monitors vaccine safety science), the investigators performed an initial screening of the science using Google Scholar™, using the search terms Bell’s Palsy or facial paralysis in combination with vaccine and immunization. The purpose of the review was to generate a case definition of Bell’s palsy as an adverse event following vaccination.

The search yielded 1457 articles and documented the occurrence of Bell’s palsy following a variety of vaccine products, the most common being flu vaccines (see table reproduced from review below). According to the United States Court of Federal Claims, the Vaccine Injury Compensation Program has compensated approximately 38 cases of Bell’s palsy.

Vaccines in the context of which Bell’s palsy has been studied as an AEFI (adverse event following immunization):

“Considering the inherent limitations of the VAERS database analysis, and the fact that disproportionality measures only indicate the presence of a signal, our study findings need to be explored in well-designed prospective pharmacoepidemiologic studies.”

Where are the studies?

The inherent weaknesses of the VAERS database include the fact that it is a voluntary passive surveillance system. A 2010 federal study commissioned by the U.S. Department of Health and Human Services and performed by Harvard consultants on behalf of the Agency for Healthcare Research and Quality (AHRQ) found that “fewer than 1% of vaccine adverse events” are ever reported to VAERS.

According to the VAERS database, there have been 2,427 cases reported where the symptom was facial palsy or facial paralysis. Reports to VAERS showed a slow steady increase until 2009, when there were 260 cases reported (see graph).

In April of 2009, a novel strain of A/H1N1 influenza emerged. The emergence of a new and different H1N1 virus meant that two flu vaccines were recommended: one to prevent seasonal influenza viruses that were anticipated to spread and another to prevent influenza caused by the newly emerged virus.

This obvious anomaly in the VAERS data is also supportive of an association between influenza vaccines and Bell’s palsy. 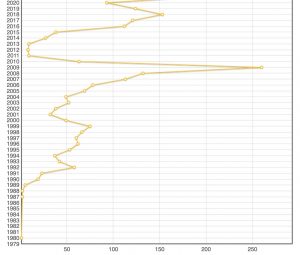 What does FDA say about Bell’s palsy?

According to news reports that followed the FDA’s review and emergency use authorization of the Moderna and Pfizer COVID vaccines, “while there was a small imbalance of [Bell’s palsy] cases in the vaccine group compared with the placebo, the FDA said it’s not certain whether the drug contributed to the paralysis because the number of cases was small and not more frequent than expected in the general population.”

Peter Marks, MD, director of the FDA’s Center for Biologics Evaluation and Research, stated, “Our working hypothesis is this just was an imbalance in background rates like we’ve seen in other trials, but we’ll make sure that we’re going to actually query for that just to bring that question to a close.”

An article published in November, 2020 reported that the annual incidence of Bell’s palsy in the U.S. is 15 to 20 per 100,000 individuals. How does this compare with the COVID-19 vaccine trials?

It is important to bear in mind that on a population level, the U.S. has one of the most aggressive vaccine policies in the world but one of the lowest health ratings for developed countries, including the highest infant and child mortality rates and one or more chronic illnesses affecting over half of all American children.

Moreover, with such heavily vaccinated pediatric and adult populations, it is now virtually impossible to determine “background rates” of disease that are independent of the influence of vaccination and adverse events such as Bell’s palsy.

For example, could the November study that reported a background incidence of 15-20 cases per 100,000 reflect the influence of population-wide influenza vaccination that now covers nearly 50% of adults and upwards of 63% of children, especially given the well-documented association between flu shots and Bell’s palsy?

It will be important to monitor how COVID-19 vaccines influence the future incidence of Bell’s palsy.