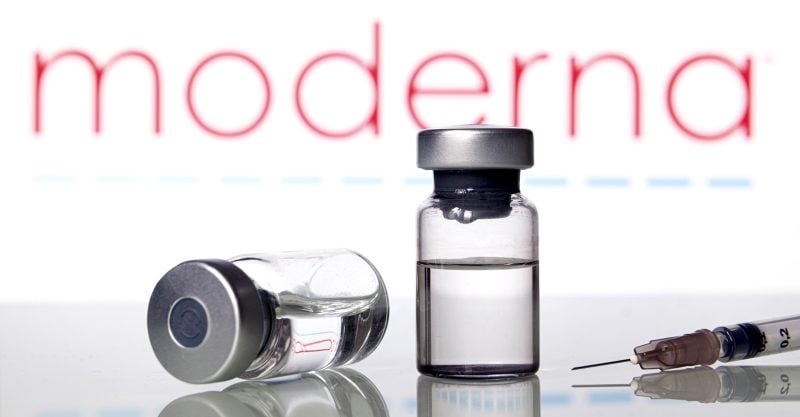 For the second time in a week, news of a “promising” COVID-19 vaccine sent global stock markets on a joy ride and triggered an avalanche of positive news stories which, for the most part, avoided any killjoy questions about vaccine safety or transparency.

On Monday, Moderna announced that its mRNA-1273 COVID vaccine candidate was 94.5% effective, based on interim Phase 3 trial data.

Both announcements came in the form of press releases — with neither company providing the actual data behind their claims. Though efficacy rates in the ninetieth percentile were enough to make Wall Street and most media outlets swoon, at least one publication, STAT, pointed out what the companies themselves didn’t: Both trials are ongoing, and as they continue, efficacy rates could decline, as “it’s often the case that a vaccine performs less well in the real world than it does in the setting of a clinical trial.”

STAT also noted that neither company can yet say how long the vaccine, which in both cases is administered in two doses, will provide protection as that “can only be determined over time as large numbers of people are vaccinated.“

Both drugmakers said they will seek Emergency Use Authorization from the U.S. Food and Drug Administration (FDA) for their experimental vaccines as soon as they meet the criteria. The authorization, which allows vaccine makers to skip standard mandatory safety and compliance inspection of their vaccine manufacturing facilities, is a winner-takes-all-prize awarded exclusively to the first COVID vaccine approved by the FDA.

The announcements triggered sharp increases in the companies’ stock prices. Moderna stock shot up by nearly15% on Monday. According to STAT, “Every Tuesday Moderna’s top doctor gets about $1million richer” by selling his existing stock like clockwork through pre-scheduled trades, “earning him more than $50 million since the dawn of the pandemic.”

Moderna’s news also buoyed stock prices of companies that stand to benefit from the economy reopening, including airlines, cruise ships and banks.

Last week, Pfizer CEO Albert Bourla raised eyebrows when he sold $5.6 million of Pfizer stock on the same day the vaccine maker made its “90% effective” announcement. Reporting on the sale, NPR said it was part of an increasingly controversial stock-trading plan that “aims to shield corporate executives from allegations of illegal insider trading plans.” The plan — which is legal but not without questions about abuse — allows major shareholders to sell a predetermined number of shares at a predetermined time and is often used by corporate executives to avoid accusations of insider trading.

So much praise, so few questions

For all the media hype surrounding how fast the Pfizer and Moderna vaccines will be ready, how many billions of doses will be available, who will be the first to get them and how the vaccines will get us all back to “normal,” there’s been little scrutiny of news from from the standpoint of safety and proven efficacy.

“To imagine that Moderna’s unlicensed COVID vaccine, tested for under a year, will be safe is wishful thinking,” Holland said. “There’s a reason vaccine producers insist on blanket indemnification from injuries and deaths.”

Holland is referring to the fact that vaccine makers, already immune from liability for vaccine injuries under the National Childhood Vaccine Injury Act of 1986, were granted expanded protection via the Declaration Under the Public Readiness and Emergency Preparedness (PREP) Act for Medical Countermeasures Against COVID-19 in March.

In fact, as Holland pointed out — in the EU, at least — officials expect a high volume of adverse vaccines as evidenced by this recent notice by the Medical and Healthcare Products Regulatory Agency which is “urgently” seeking an “Artificial Intelligence (AI) software tool to process the expected high volume of COVID-19 vaccine Adverse Drug Reaction …”

Why so many secrets?

Vaccine safety and transparency go hand-in-hand, and Moderna gets low marks on both. The company, formed in 2010 and rebranded in 2016, has yet to produce a single commercial vaccine. Still, Moderna was able to enroll in Operation Warp Speed, a highly secretive public-private partnership, dominated by military personnel, most of whom have no experience in healthcare or vaccine production. Participation in the program means that taxpayers are footing a big chunk of the bill for developing Moderna’s vaccine. As the New York Times reported:

“The United States government provided $1 billion in support for the design and testing of the Moderna vaccine. Researchers at the National Institutes of Health oversaw much of the research, including the clinical trials. Moderna also received an additional $1.5 billion in exchange for 100 million doses if the vaccine proved to be safe and effective.”

“Moderna has benefited significantly from federal support. As we described in The People’s Vaccine, the U.S. government provided millions of dollars to Moderna as early as 2013 to help develop its mRNA technology. The NIH meanwhile was also developing new methods to target coronavirus spike proteins. When the new coronavirus emerged in Wuhan, the NIH worked with Moderna to design and test a vaccine. The U.S. Biomedical Advanced Research Development Authority (BARDA) has provided Moderna an additional $483 million to further develop the vaccine and scale-up manufacturing.”

Despite all the taxpayer money behind the development of vaccines by Moderna and other enrollees in Operation Warp Speed, lack of transparency dominates the program and the contracts between drugmakers and the U.S. government.

For example, in October CHD reported on a contract between the NIAID and the leading vaccine candidate Moderna. The contract, obtained by journalist Emily Kopp of Congressional Quarterly, through a Freedom of Information Act request to the NIH, was heavily redacted, raising questions about Fauci, transparency and conflicts of interest. Under another NIAID contract, the Pentagon is required to buy 500 million doses of Moderna’s COVID vaccine for $9 billion.

Yet under Operation Warp Speed, vaccine makers are rushing this untested and unproven technology to market in record time.

Here’s how the technology works, according to Horizon, the EU Research and Innovation Magazine:

“To produce an mRNA vaccine, scientists produce a synthetic version of the mRNA that a virus uses to build its infectious proteins. This mRNA is delivered into the human body, whose cells read it as instructions to build that viral protein, and therefore create some of the virus’s molecules themselves. These proteins are solitary, so they do not assemble to form a virus. The immune system then detects these viral proteins and starts to produce a defensive response to them.”

Because there are no mRNA vaccines in use yet, it’s impossible to predict what type of long-term unintended consequences or injuries could arise from their use.

Tal Brosh, head of the Infectious Disease Unit at Samson Assuta Ashdod Hospital, this week told the Jerusalem Post that the mRNA vaccines come with “unique and unknown risks,” including local and systemic inflammatory responses that could lead to autoimmune conditions.

The Jerusalem Post also mentioned an article published by the National Center for Biotechnology Information, a division of the NIH, which said other risks associated with mRNA vaccines include the bio-distribution and persistence of the induced immunogen expression; possible development of auto-reactive antibodies; and toxic effects of any non-native nucleotides and delivery system components.

Absent from Monday’s news reports on the Moderna vaccine was another potential risk tied to Moderna’s mRNA-1273 vaccine: The vaccine relies on a nanoparticle-based “carrier system” containing a synthetic chemical called polyethylene glycol (PEG). Roughly seven in 10 Americans may already be sensitized to PEG, which may result in reduced efficacy of the vaccine and an increase in adverse side effects.

That’s not news to Moderna. In a statement filed in 2018 with the U.S. Securities and Exchange Commission, the drugmaker told investors that the use of PEG in its vaccines “could lead to significant adverse events in one or more of our clinical trials.”

In June 2020, CHD reported on the story of Ian Haydon, who was among 15 volunteers in the high dose group for Moderna’s COVID vaccine trial. Within 45 days, three participants — 20% of the volunteers, including Haydon — experienced “serious” adverse events according to Moderna’s press release, meaning they required hospitalization or medical intervention. Less than 12 hours after vaccination, Haydon suffered muscle aches, vomiting, spiked a 103.2 degree fever and lost consciousness. His Moderna trial supervisor instructed Haydon to call 911 and Haydon described himself as being the “sickest in his life.” Moderna let Haydon, who had been selected for the trial based on his robust “good health,” believe the illness was just a sad coincidence unrelated to the jab. Moderna never told Haydon he was suffering an adverse event.

In August, CHD sent letters to Dr. Jerry Menikoff, director of the Office for Human Research Protections, Department of Health and Human Services and Fauci, in his role as director of NIAID, detailing concerns about the use of PEG in Moderna’s mRNA-1273 vaccine. In the letter to Menikoff, CHD wrote that the use of PEG in drugs and vaccines is increasingly controversial due to the well-documented incidence of adverse PEG-related immune reactions, including life-threatening anaphylaxis. In the letter to Fauci, CHD urged Fauci to require Moderna to inform clinical trial participants of the unique risks associated with PEG in the “NIAID-funded Moderna mRNA1273 vaccine.”

As the weeks pass with more news on a coming COVID vaccine, perhaps more mainstream media will expose the risks and lack of transparency surrounding the vaccines, in addition to focusing on the potential benefits.