The 23 authors of an Aug. 8 study of adolescents in Brazil and Scotland found Pfizer’s COVID-19 vaccine efficacy waned “from 27 days after the second dose.” The researchers recommended more research be done on the need for booster doses. 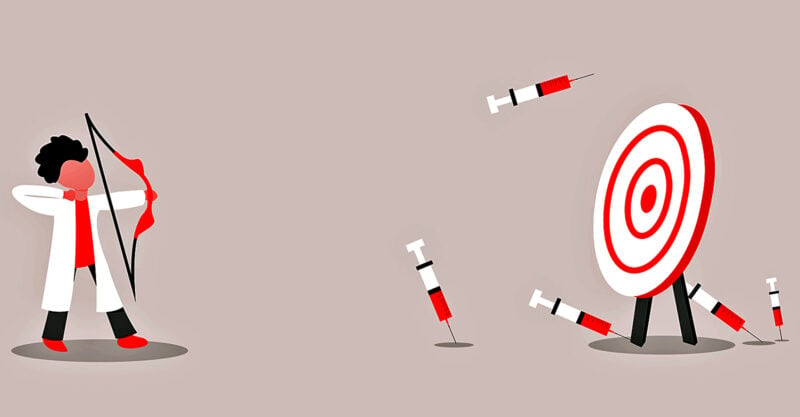 The effectiveness of Pfizer’s-BioNTech COVID-19 vaccine against symptomatic COVID-19 infection among adolescents “rapidly declined over time,” waning from just 27 days after the second dose, according to the 23 authors of a new study that analyzed data from more than 600,000 teens in Brazil and Scotland.

The Omicron variant was surging in both countries during the time period of the study.

COVID-19 vaccine rollout for adolescents began in August 2021 in Scotland and September 2021 in Brazil, said the University of Minnesota’s Center for Infectious Disease Research and Policy.

While protection against symptomatic COVID-19 dropped dramatically in both countries less than one month after the second dose, protection against severe illness — defined as hospitalization or death within 28 days — remained above 80% in Brazil from 28 days to 98 days and beyond.

The authors sought to assess protection against severe illness in Scotland but were unable to do so because so few cases of severe COVID-19 in adolescents in Scotland were reported during the time of the study.

The authors concluded that “two doses are insufficient to sustain protection against symptomatic disease” in adolescents and recommended more research be done on the need for booster doses.

They did not mention any risk factors for multiple doses of the vaccine for this age group, including increased risk, especially for boys, of myocarditis/pericarditis.

The researchers said they undertook the study because “no data so far” had reported protection over time against severe outcomes in adolescents during the Omicron era.

“To our knowledge,” they reported, “this is the first nationwide study to evaluate vaccine effectiveness over time against severe COVID-19 among adolescents during the Omicron-dominant period.”

How the researchers conducted the study

The 23 researchers — 12 from the UK, 10 from Brazil and one from New Zealand —  used what is called a “test-negative case-control” study design that compares data from two groups: a “case” group of individuals who tested positive for a particular illness — in this case, COVID-19 — and a “control” group of individuals who tested negative for the illness.

When compared to other research designs, this design has the advantage of producing “similar participation rates, information quality and completeness,” according to a November 2020 report published in Epidemiology, and “will in some circumstances lead to less bias.”

After designing the study, the researchers completed their analyses in a few steps.

First, the team, including first author Pilar T V Florentino, Ph.D., who works with the Oswaldo Cruz Foundation’s Center of Data and Knowledge Integration for Health in Brazil, gathered nationwide health data, including COVID-19 test results in both countries for adolescents ages 12-17 who had shown “symptoms indicative of COVID-19” during the study time period.

In Scotland, researchers accessed the data via a standard patient form that was filled in by the patient and healthcare provider during the visit.

The researchers noted, “We excluded [COVID-19] tests from individuals who did not have symptoms, were vaccinated before the start of the national vaccination program, received vaccines other than [Pfizer’s-BioNTech] BNT162b2 or a SARS-CoV-2 booster dose of any kind, or had an interval between their first and second dose of fewer than 21 days.”

Finally, the researchers used statistical analyses to generate a vaccine effectiveness score, expressed as a percentage, which allowed them to make statements about how effective the vaccine was at various time points after COVID-19 vaccination during the Omicron wave versus the Delta wave.

“In summary, our findings indicate that protection against symptomatic infection with the Omicron variant rapidly decreases over time after two doses [of the Pfizer-BioNTech vaccine].”

However, these groups “had no role in [the] study design, data collection, data analysis, data interpretation, or writing of the report,” according to the researchers.

The research team said their study is the first nationwide evaluation of the effectiveness of Pfizer-BioNTech’s vaccine over time against severe COVID-19 in adolescents.

But a prior study done in the U.S. reported similar findings, as previously reported by The Defender.

The earlier U.S. study, published March 30 in The New England Journal of Medicine, showed “reduced effectiveness” of Pfizer’s vaccine against the Omicron variant among children 12 and older.

The study, funded by the U.S. Centers for Disease Control and Prevention (CDC), involved 1,185 patients, 88% of whom were unvaccinated.

During the “Delta-predominant period” in the U.S. (July 1 to Dec. 18, 2021), the researchers reported vaccine effectiveness against hospitalization for COVID-19 among adolescents 12-18 was 93% 2-22 weeks after vaccination.

This group’s median interval since vaccination was 162 days.

The study looked at the Omicron variant, not the more contagious Omicron subvariant, BA.2, which is now dominant in the U.S., according to the CDC.

The authors emphasized their finding that vaccination protected against critical illness from COVID-19.

In a July 8 press release, the FDA said the approval followed a “rigorous analysis and evaluation of the safety and effectiveness data,” and the Pfizer-BioNTech vaccine “has been, and will continue to be authorized for emergency use in this age group since May 2021.”

“The FDA failed to convene an expert committee and failed to appropriately weigh the risk-benefit profile of this vaccine for this age group. Even Vaccine cheerleader Dr. Paul Offit acknowledged FDA decisions are being made based on political pressure, not science when, in commenting on the agency’s vote last week to allow reformulated booster shots, he said it felt like ‘the fix was in.’”