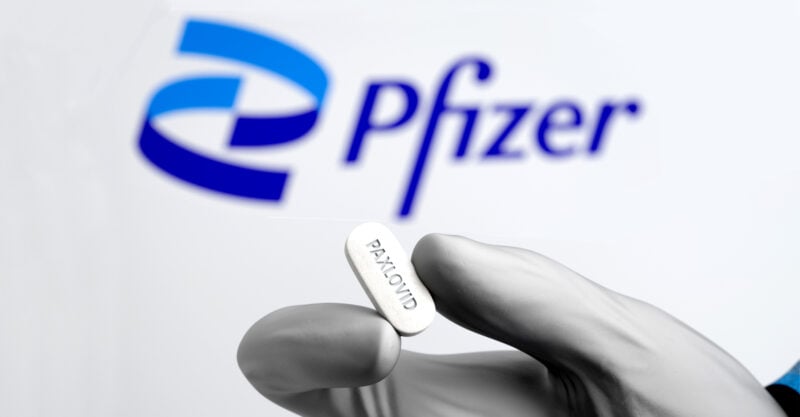 National Institutes of Health (NIH) researchers said they will investigate how often and why coronavirus levels rebound in some patients who complete a five-day course of Pfizer’s COVID-19 antiviral pill, Paxlovid.

“It is a priority,” Clifford Lane, deputy director for clinical research at the National Institute of Allergy and Infectious Diseases, told Bloomberg. It’s “a pretty urgent thing for us to get a handle on.”

Lane said the agency is discussing with scientists at the Centers for Disease Control and Prevention possible epidemiological and clinical studies to examine post-Paxlovid rebound.

In response to reports of patients relapsing after taking Paxlovid, Pfizer CEO Albert Bourla on Tuesday suggested they take more of the treatment, contrary to the established protocol.

John Farley, M.D., director of the Office of Infectious Diseases, in the FDA Updates on Paxlovid for Health Care Providers wrote:

“There is no evidence of benefit at this time for a longer course of treatment (e.g., 10 days rather than the 5 days recommended in the Provider Fact Sheet for Paxlovid) or repeating a treatment course of Paxlovid in patients with recurrent COVID-19 symptoms following completion of a treatment course.”

Bloomberg and ABC News reported on accounts of viral rebound after treatment with Paxlovid that were posted on social media or described by physicians and patients.

People described feeling better rapidly after starting the five-day course of Paxlovid, testing negative on a rapid test after treatment and resuming normal activities, only to have their symptoms come roaring back within days of their last dose. Some patients tested positive again.

The only case of viral rebound reported in the medical literature so far is a preprint study released April 26.

Pfizer last week issued a press release stating Paxlovid did not prevent COVID-19 infection in people who were exposed to a household member infected with the virus.

The FDA in December 2021, granted Emergency Use Authorization (EUA) for Paxlovid, a combination of nirmatrelvir and ritonavir tablets, for patients at high risk of progressing to severe COVID-19.

This EUA was based on Pfizer’s Phase 2-3 double-blind, randomized, controlled trial. Participants were included in the trial if they had symptomatic COVID-19, were unvaccinated, were not hospitalized, were adults and were at high risk for progression to severe COVID-19.

The trial data, recently published in The New England Journal of Medicine, showed an 89% relative risk reduction of progression to severe COVID-19 for this high-risk group, meaning, those in the trial who took a five-day course of Paxlovid had a lower risk of progressing to severe COVID-19.

However, for those who were already immune to COVID-19, the absolute risk reduction was about 1%.

On the basis of the Pfizer trial data, President Biden in March announced the “Test to Treat” initiative, a plan that allows Americans who test positive for COVID-19 at a pharmacy to get free antiviral pills immediately, including Paxlovid.

The Paxlovid EUA is for high-risk people. In the Test to Treat centers, patients are instructed to bring a list of medications with them and to ask the healthcare provider at the center if they are eligible for oral antiviral treatment.

The Test to Treat healthcare provider will then decide if the patient is at high risk.

As reported in The Defender, the taxpayer-funded initiative is a huge windfall for Pfizer, especially coming on top of the multi-billion-dollar government contracts for the drugmaker’s COVID-19 vaccine.

John Campbell, Ph.D., in the video below pointed out that Pfizer’s Paxlovid trial took place from mid-July to early December 2021, when the Delta variant was dominant.

The time period during which the trial occurred also is when fewer people had naturally acquired or vaccine-induced immunity to COVID-19, raising questions about whether the $530 five-day treatment is even effective against the newer variants predominant today.

The FDA granted the EUA for children 12 and older and for COVID-19-vaccinated people — even though both groups were excluded from the clinical trials.

Despite concerns about viral rebound, Pfizer executives said the use of Paxlovid has increased by nearly 10-fold in recent weeks, as infection rates across the U.S. rise.