Researchers in Norway and Germany say they’ve identified antibodies that provoke immune reactions leading to the type of cerebral blood clots experienced by some people who received AstraZeneca’s COVID vaccine. 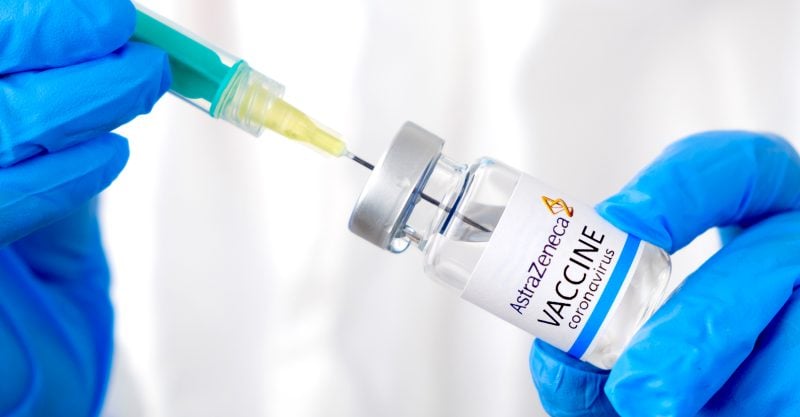 Researchers at the Greifswald teaching hospital in northern Germany said Friday they’ve discovered how the AstraZeneca COVID vaccine could cause blood clots that could lead to rare thrombosis in the brain, public broadcaster Norddeutscher Rundfunk reported.

The German team, led by professor Andreas Greinacher, said in a statement that AstraZeneca’s vaccine may, in some cases, prompt overactivation of platelets in the blood, which can lead to potentially deadly clots. As NPR reported, Greinacher said it’s similar to what happens with a condition called heparin-induced thrombocytopenia.

Greinacher and his team analyzed 13 cases of cerebral blood clots reported in Germany within 4 – 16 days of administration of the AstraZeneca vaccine. Twelve of the 13 cases were women and almost all were under the age of 55. In four of the 12 patients, the team was able to isolate and identify the specific antibodies that provoked the immune reaction leading to the cerebral blood clots.

The researchers found that AstraZeneca’s vaccine activates blood platelets, or thrombocytes, which typically only happens in the body when a wound is healing –– when the blood coagulates as the wound closes. In some patients, the vaccination activated a mechanism that caused blood clots to form in the brain, according to Deutsche Welle.

Experts hope the discovery could lead to targeted treatment for those who suffer similar clotting. But researchers emphasized that treatment would help only after the blood clot appeared — it wouldn’t prevent the clot from occurring.

The German research team did not release detailed data but planned to submit their findings to The Lancet, reported The New York Times.

While researchers were studying cases in Germany, a team led by Pål Andre Holme, chief physician at Oslo University Hospital, was investigating three cases of post-vaccination blood clots in Norway that occurred in healthcare workers under the age of 50.

Holme added that there’s “no other history in these patients that can give such a strong immune response. I’m pretty sure it’s these antibodies that’s the cause, and I see no other reason than that it’s the vaccine that triggers it.”

As The Defender reported last week, more than 20 countries suspended Oxford-AstraZeneca vaccinations due to reports of blood clots — some resulting in death — in healthy people who received the vaccine.

The European Medicines Agency (EMA) investigated the reports of blood clot-related injuries and deaths and concluded that AstraZeneca’s vaccine was not associated with an overall risk of blood clots in those vaccinated. But it did not rule out an association with rare cases of blood clots in vessels draining the blood from the brain known as cerebral venous sinus thrombosis, reported Reuters.

EMA researchers said Thursday they will investigate whether the rare blood clots are linked to the vaccine or occurred by chance, noting that cerebral venous sinus thrombosis is rare but mostly associated with pregnancy and oral contraceptives, said Sabine Straus, chair of EMA’s safety committee.

Despite the possible risk of blood clots, the head of the EMA, Emer Cooke, stated the benefits of the vaccine outweigh the risks of potential side-effects and AstraZeneca’s vaccine is safe and effective.

Denmark reported on Saturday that two more people experienced brain hemorrhages after receiving AstraZeneca’s COVID vaccine, and that one of them had died, according to the New York Times.

A spokesperson for the Capital Region of Denmark confirmed the death. According to The New York Times, the Danish Ritzau news agency reported that the other person was a female in her 30s and was critically ill. The Danish Medicines Agency said it was looking into whether the condition was a potential side effect.

“Right now we are examining whether this is the exact same disease picture with multiple blood clots, a low count of platelets and hemorrhages,” Tanja Erichsen, a director at the Danish Medicines Agency, said in a radio interview with the Danish national broadcaster DR.

Dr. James Bussel, an expert on platelet disorders and a professor emeritus at Weill Cornell Medicine, said the occurrence of abnormal clotting and low platelets in people under 50 is uncommon. He noted that the antibodies identified by researchers in Europe may, in a highly unusual response to the vaccine, have activated the platelets and started a cascade of abnormal clotting and bleeding, according to The Times.

Denmark has suspended the use of AstraZeneca’s vaccine until Thursday, despite the EMA’s reassurances that the vaccine is safe. Other Scandinavian countries and Finland made similar decisions due to the preliminary findings from medical experts in Norway and Germany that suggested a possible link between the vaccine and rare blood disorders.

AstraZeneca’s vaccine has been approved for emergency use in 70 countries but has not received Emergency Use Authorization in the U.S. Some U.S. vaccine experts remain cautious about the antibody theory and said high publicity of events could be causing more clinicians to report the condition than normal, making it appear related to the vaccine, according to Reuters.

Some U.S. experts also question why events are occurring at increased rates with AstraZeneca compared to Pfizer, Moderna, Johnson & Johnson and Russia’s Sputnik V vaccine, all of which are designed to produce antibodies aimed at the COVID spike protein that it uses to enter cells.

Though Johnson & Johnason also uses a non-replicating adenovirus to deliver spike proteins into cells, it was only recently approved in the U.S. in February 2021.

“We’ll have to see when (German and Norwegian scientists) submit a peer-reviewed publication and the scientific community can review it,” said Dr. Peter Hotez, a vaccine researcher at Baylor College of Medicine in Houston. “There’s no reason why the AstraZeneca vaccine would do this whereas the others, including the adenovirus-based COVID-19 vaccines, wouldn’t.”