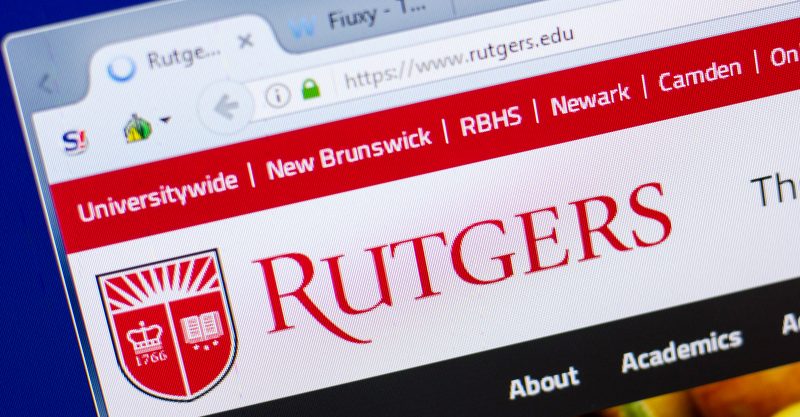 Gomez, a graduate of Rutgers and Rutgers Law School, told Hoffman he wrote the letter on behalf of his two nieces and “about a dozen” other students currently enrolled at the university.

In his letter, Gomez alleged the university is misleading students about the deadline for complying with the vaccine mandate. He refers to Rutgers University Policy 10.3.14, Interim COVID-19 Immunization Record Requirement for Students, which states students are required to present evidence of COVID-19 immunization “at least 2 weeks prior to coming onto campus for any reason, including but not limited to moving into a residence hall, attending campus classes, and/or entering any campus building.”

“However, students are being told in electronic and verbal communications that they must submit such evidence by the arbitrary deadline of August 1, 2021 … Since students are not scheduled to move into residence halls until August 25th and classes do not resume until September 1st, according to your Policy, students have between August 11th and August 18th to submit their evidence (or exemption requests) to Rutgers, unless they must report to campus earlier. Therefore, any communications to students expressing a university wide August 1st deadline is inconsistent with the Policy, misleading, and intended to annoy and harass students by shortening their time to comply.”

Gomez called out the university over a July 20 email blast threatening students with sanctions that fall outside the bounds of the official policy. Sanctions outlined in the email included cutting off access to students’ university email accounts and suspension of academic work if they fail to upload “completed immunization documents” by Aug. 1.

“This message is misleading because the Policy does not authorize the sanctions threatened, and this message deliberately omits any reference to a student’s right to submit medical and religious exemption requests, thereby giving the false impression that such requests are no longer valid or able to be considered. This message also misstates the compliance deadline. Lastly, this message misrepresents a student’s right to an exemption under the Policy if their ‘entire course of study is … fully-remote.’”

Gomez said a July 21 email blast to students “compounded the confusion” by telling students they were already not compliant with the vaccine policy “even though the deadline for compliance is still, at least, more than one week away.”

“Students (some of whom are taking summer classes and need access to Rutgers computer applications now) were further confused and alarmed by this communication which appears to have been purposely intended to coerce, harass and intimidate.”

Gomez said the communications are “evidence that Rutgers is engaged in a callous campaign to arbitrarily and capriciously deviate from its own Policy in its communications with the student body in order to coerce and intimidate students to vaccinate against their will without regard for their rights under the Policy or under the law.”

“My clients certainly, and likely most students, are wrestling with a potentially life-altering decision to take vaccines that are emergency-use authorized (EUA) only and capable of inducing anaphylaxis, blood clot disorders, myocarditis and pericarditis (heart inflammation), Bell’s Palsy, Guillain-Barré Syndrome and “any number of other adverse reactions.”

In his letter to Holloway, Kennedy wrote:

The reason for the right of refusal stems from the fact that EUA products are by definition experimental.

“Under the Nuremberg Code, no one may be coerced to participate in a medical experiment. Consent of the individual is ‘absolutely essential,’” Kennedy wrote.