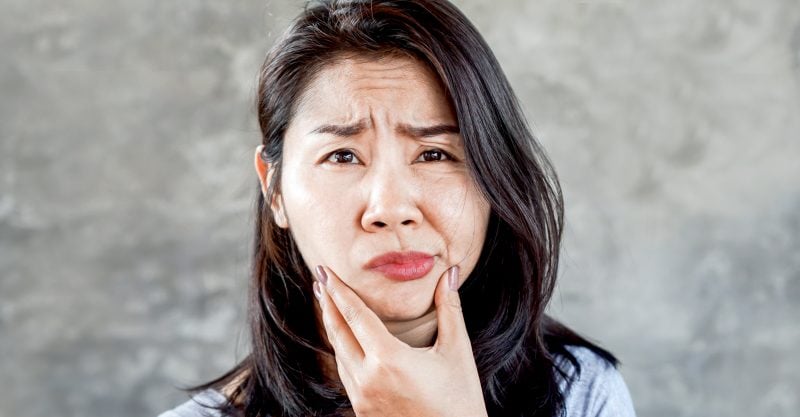 Media is featuring a near-24/7 stream of propaganda encouraging the public to get a COVID-19 vaccine. Most of the advertisements make no mention of the potential adverse effects associated with it, which is a key factor necessary for informed consent. Facial paralysis, sometimes referred to as Bell’s palsy when it has no known cause, is one such adverse effect.

During phase 3 clinical trials of mRNA COVID-19 vaccines, more cases of facial paralysis occurred in the vaccine groups (seven out of 35,654) compared to the placebo group (one out of 35,611), leading the U.S. Food and Drug Administration (FDA) to recommend monitoring vaccine recipients for facial paralysis.

In response to the FDA recommendation to monitor for facial paralysis following COVID-19 vaccination, and noting that the clinical trials did not establish a causal relationship, a team of French researchers explored the connection further using the World Health Organization (WHO) pharmacovigilance database, VigiBase.

They concluded that the COVID-19 vaccines did not appear to have an association with facial paralysis, stating “if an association between facial paralysis and mRNA COVID-19 vaccines exists, the risk is likely very low, as with other viral vaccines.” However, it should be noted that the control groups used for comparison were not inert placebos, but one group using “other viral vaccines” and one group that received influenza vaccines.

It’s well-known that Bell’s palsy is an adverse effect following vaccination, so all the study found is that COVID-19 vaccines do not increase the risk above and beyond that of other viral vaccines.

For instance, an association between administration of the inactivated influenza vaccine and onset of Bell’s palsy symptoms has been previously documented, so comparing COVID-19 vaccines to flu vaccines isn’t giving a true picture of risk, as would emerge if compared to an inert placebo. As the researchers noted:

“Isolated facial paralysis after vaccination has been reported as case reports for decades with almost all viral vaccines, and it is thought to be immune mediated or induced by viral reactivations (eg, reactivation of a herpes virus infection) …

This isn’t to say that cases weren’t reported, however. Out of 133,883 adverse drug reactions reported following mRNA COVID-19 vaccines reported to VigiBase on March 9, 2021, the researchers identified 844 facial paralysis-related events, including (some of the cases reported multiple adverse events):

WHO’s VigiBase pharmacovigilance database uses data from different systems, including the U.S. Vaccine Adverse Event Reporting System (VAERS), which makes up about one-third of the reports used in the French study. Adverse events are notoriously underreported to VAERS and other pharmacovigilance databases, which rely on mostly voluntary reports, making it difficult to draw population-wide estimates from their data.

As noted by Al Ozonoff, Ph.D., of Harvard Medical School in MedPage Today, adverse event cases are “almost always dramatically underreported in terms of the incidence of events. I think we simply don’t have enough data right now to come to a firm conclusion.”

Study co-author Charles Khouri, PharmD, of University Grenoble Alpes in France, also told MedPage Today, “While spontaneously reversible in the vast majority of cases, facial paralyses are serious and debilitating adverse drug reactions. Should a link be established, this adverse reaction has the potential to hamper the vaccination campaign.”

The phase 3 clinical trials of the COVID-19 mRNA vaccines had enough Bell’s palsy cases to suggest a potential safety signal, which is information on an adverse event that may be caused by a medicine or vaccine that warrants further investigation. The French study suggested no higher safety signal for COVID-19 vaccines and Bell’s palsy compared to other vaccines, but limitations to the data were present.

Other studies, however, have called for more investigation. A case report published in Brain, Behavior & Immunity Health described a 57-year-old woman with a history of Bell’s palsy, who developed the condition less than 36 hours after receiving her second dose of the Pfizer-BioNTech COVID-19 vaccine.

Her symptoms, including facial droop, got worse over the next 72 hours, and the case was significant enough that the researchers, with Adventist Health White Memorial in Los Angeles, suggested further investigation may be warranted:

“Given the expedited production of the vaccine and the novelty associated with its production, there may be information pertaining to side effects and individual response that remain to be discovered. Since both the Moderna and Pfizer Vaccine trials reported Bell’s Palsy as medically attended adverse events, the association between vaccine administration and onset of symptomatic Bell’s Palsy may warrant further investigation.

“ … With previous association found between the administration of the inactivated Influenza Vaccine and onset of Bell’s Palsy symptoms, there remains the possibility of a causal association between these symptoms and the COVID-19 vaccine.”

In their official guidance, the U.S. Centers for Disease Control and Prevention states that people who have a history of Bell’s palsy may receive a COVID-19 vaccine, even though cases were reported during COVID-19 vaccine clinical trials. During the Pfizer-BioNTech COVID-19 Vaccine trials, three cases of Bell’s palsy occurred in the vaccine group compared to none in the placebo group.

In the Moderna COVID-19 vaccine trials, three cases were reported among vaccine recipients compared to one case in the placebo group. According to the Adventist Health researchers, “Considering the temporal association and biological plausibility, FDA recommends surveillance for cases of Bell’s Palsy with deployment of the Moderna COVID-19 vaccine into larger populations.”

The CDC, in their guidelines for contraindications, also reported “post-authorization safety surveillance will be important to monitor Bell’s Palsy symptoms, in patients with prior episodes, following vaccine administration to further assess any potential causal association.”

As mentioned, vaccinations have previously been linked to Bell’s palsy, which causes paralysis or weakness of facial muscles. In a study using data from nearly 49,000 people between the ages of 11 and 21 years, Hung-Fu Tseng, Ph.D., from the Southern California Permanente Medical Group in Pasadena, California, and colleagues evaluated the safety of quadrivalent meningococcal conjugate vaccine.

Bell’s palsy has previously been noted as a complication of hepatitis B, smallpox and influenza vaccination (seasonal and H1N1) as well. Research published in Human Vaccines & Immunotherapeutics also revealed an increased risk of cranial nerve palsies following vaccination, especially combinations of vaccines.

In 59% of the cases, the palsies were identified as serious, which suggests, the authors noted, “that a cranial nerve palsy may sometimes be the harbinger of a broader and more ominous clinical entity, such as a stroke or encephalomyelitis [inflammation of the brain and spinal cord].” They continued:

“Cranial nerve palsies have been reported to VAERS following a wide variety of inactivated and live attenuated vaccines. Reports for trivalent inactivated influenza vaccine were the most frequent among single-vaccine reports, but they constituted only a weak plurality and not an overwhelming majority.

Using data from VAERS, which again typically only includes a fraction of the actual number of adverse events, 12 women between the ages of 18 and 59 developed symptoms within six to 15 days after vaccination.21 Of the 12 patients, 10 required intensive care, seven had intracerebral hemorrhage as well and three died. In a JAMA editorial, it’s noted:

“[T]he case for a causal relationship with vaccine administration includes a much higher reported rate of CVST with thrombocytopenia (approximately 5 per million women aged 18-50 years shortly after vaccination) than the background rate (approximately 0.05-0.13 per million per month, based on estimated annual US incidence of 0.7-1.6 per million per year).”

Similarities were also noted between these cases and thrombocytopenia syndrome (TTS), which has been associated with the ChAdOx1 nCov-19 vaccine manufactured by Oxford/AstraZeneca. Both AstraZeneca’s and Johnson & Johnson’s COVID-19 vaccines use similar technology involving modified adenovirus vectors.

According to German investigators, the blood clots linked to AstraZeneca’s COVID-19 vaccine may be “due to a particular immune response that activates platelets and thus triggers thrombosis.” There is, quite simply, much that is unknown about these experimental vaccines, and only time will tell what the true adverse event rates are. According to the JAMA editorial:

It’s also been suggested, according to researchers at King’s College, that people who have already had COVID are three times more likely to experience vaccine side effects than those who have not been exposed to the virus, and this appears true for both mRNA and DNA versions of the vaccine.

Dr. Hooman Noorchashm, a cardiac surgeon and patient advocate, even suggested to the FDA that prescreening for SARS-CoV-2 viral proteins may reduce the risk of injuries and deaths following vaccination, as the vaccine may trigger an adverse immune response in those who have already been infected with the virus. Perhaps such caution is also warranted among people with a history of adverse events, such as Bell’s palsy.