Interview With Vanden Bossche: Should Mass COVID Vaccinations Be Stopped?

After several hours of discussion, Rob Verkerk, Ph.D., of Alliance for Natural Health International concludes it would be “scientifically, socially and ethically irresponsible” to dismiss Dr. Geert Vanden Bossche’s concerns about mass vaccination. 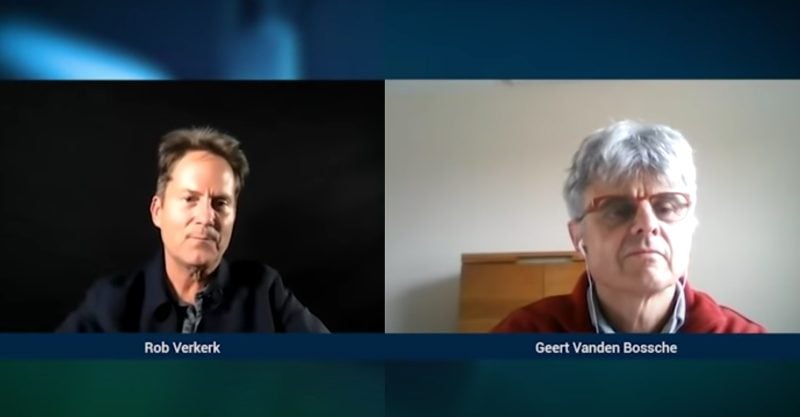 EDITOR’S NOTE: The Defender is committed to providing a space for scientific debate. This piece is an interview conducted by Rob Verkerk, Ph.D., with Geert Vanden Bossche, Ph.D. The interview follows Verkerk’s recent analysis of the ongoing debate (this piece + this piece) sparked by Bossche concerning immune escape and mass vaccination during a pandemic.

Welcome to the first episode of our new interview series, Speaking Naturally — Open Discourses in a Censored World. In it we have the great pleasure of providing an in-depth interview with Geert Vanden Bossche, Ph.D., whose name will be familiar to anyone with a keen interest in understanding the effects of the current COVID mass vaccination program.

Vanden Bossche knows a thing or two about vaccines and is a self-declared pro-vaxxer. He is a seasoned vaccine developer (vaccinologist) with a track record with GSK Biologicals, Novartis Vaccines and Solvay Biologicals. He’s also worked with the Bill & Melinda Gates Foundation’s Global Health Discovery team in Seattle as senior program officer and as senior Ebola program manager with the Global Alliance for Vaccines and Immunization in Geneva.

However, in early March, Vanden Bossche put out a call to the World Health Organization, supported by a 12-page document on a dedicated website especially set up to communicate his concerns. We responded with a 4,000-word article that tried to steer an objective line through conflicting streams of information and consider the implications of what appeared to be a whistleblower.

In this open letter I am appealing to the @WHO and all stakeholders involved, no matter their conviction, to immediately declare such action as THE SINGLE MOST IMPORTANT PUBLIC HEALTH EMERGENCY OF INTERNATIONAL CONCERN. Please read and share: https://t.co/0Fupw9JInP #COVID19 pic.twitter.com/I24mSjpVKM

With Alliance for Natural Health’s founder, Rob Verkerk Ph.D., now having spent several hours in discussion with  Vanden Bossche, we are now of the view that it would be scientifically, socially and ethically irresponsible to dismiss  Vanden Bossche’s concerns. The key one is that the current COVID control strategies, including the global mass vaccination program, will create an “uncontrollable monster.”

In summary, the concerns center around the notion that a combination of lockdowns and extreme selection pressure on the virus induced by the intense global mass vaccination program might diminish the number of cases, hospitalizations and deaths in the short-term, but ultimately, will induce the creation of more mutants of concern.

This is the result of what Vanden Bossche calls ‘immune escape’ (i.e. incomplete sterilization of the virus by the human immune system, even following vaccine administration). This will in turn trigger vaccine companies to further refine vaccines that will add, not reduce, the selection pressure, so producing ever more transmissible and potentially deadly variants.

The selection pressure will cause greater convergence in mutations that affect the critical spike protein of the virus that is responsible for breaking through the mucosal surfaces of our airways, the route used by the virus to enter the human body. The virus will effectively outsmart the highly specific antigen-based vaccines that are being used and tweaked, dependent on the circulating variants. All of this could lead to a hockey stick-like increase in serious and potentially lethal cases — in effect, an out-of-control pandemic.

Not only that, it will be Western nations with high proportions of metabolically diseased, overweight or obese individuals with compromised immune systems that will be hit hardest.

Of course, this is all speculation, and some will denounce Vanden Bossche’s views as fear tactics. Others will claim it is the ravings of an independent scientist that has put 2 and 2 together and made 5. If you’ve got 1.5 hours spare, you’d do well to listen or watch the whole interview and draw your own conclusion.

During the interview, our founder asks Vanden Bossche:

Watch or listen below.

For those who prefer to listen rather than watch you can listen to whole conversation on the ANH podcast. 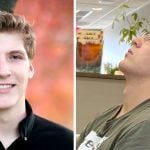