Two in five U.S. children and nearly half of adults with a food allergy are allergic to multiple foods, according to new research which also found that as the number of food allergies a person has increases, so does the effect on their physical and psychological health. 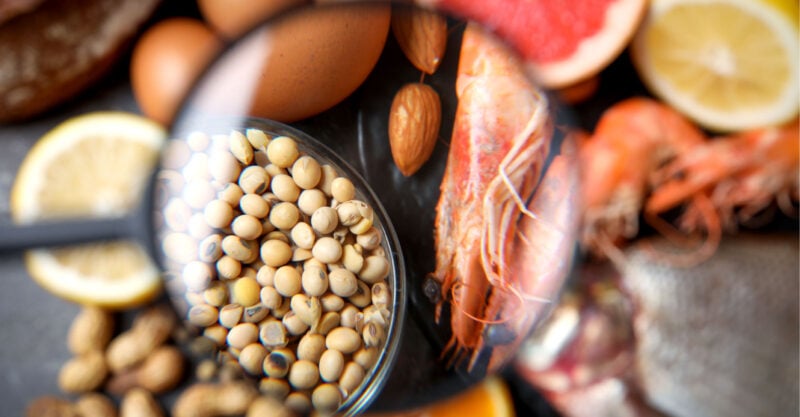 Two in five U.S. children and nearly half of adults with a food allergy are allergic to multiple foods, according to research published last month in the Annals of Allergy, Asthma and Immunology.

The researchers, led by Northwestern University’s Christopher Warren, Ph.D., also found that as the number of food allergies a person has increases, so does the effect on their physical and psychological health.

“Findings of such high disease burden among children and adults living with many food allergies highlights an acute need for improved treatments and approaches to improve day-to-day food allergy management in this important subpopulation, including facilitating access to psychosocial support services — including support groups which can help improve quality of life.”

Food allergies are part of a chronic and growing public health epidemic in the U.S., afflicting 32 million Americans, including 5.6 million children under age 18.

The Centers for Disease Control and Prevention reported that allergy prevalence rose by approximately 50% between 1997 and 2011.

Between 1997 and 2008, the prevalence of peanut or tree nut allergy appears to have more than tripled among U.S. children.

Research has shown that food allergies adversely affect physical health, cause emotional distress, lead to economic burden and negatively affect quality of life, even for individuals who avoid exposure to triggering foods.

Past studies revealed that many people with food allergies have multi-food allergies, but their distribution and expression are still poorly understood.

To uncover the rates and manifestations of multi-food allergies in the U.S., researchers conducted a nationally representative survey of adults and children in U.S. households by phone and electronically from October 2015 to September 2016.

They analyzed responses from 40,443 adults and 38,408 children who reported on their allergies and associated physical and psychological symptoms.

Symptoms were considered “convincing” if the respondent’s most severe reaction appeared on a stringent list developed by an expert panel.

They assessed the psychological burden of living with food allergies using a 1-to-7 point scale.

As the number of food allergies increased, so did food allergy-related emergency department visits, severe allergic reactions, psychosocial burden and epi-pen use.

The study’s findings underscore the importance of ensuring that patients who suspect they have one or more food allergies receive prompt and appropriate food allergy testing so that each suspected allergy can be either confirmed or ruled out, Warren said.

“It is remarkably common for patients to ‘self-diagnose’ their food allergies, and in many cases, they are not truly allergic to the food.

“Given the greater adverse impact on quality of life experienced by patients avoiding a greater number of food allergens, it is essential that patients are not unnecessarily avoiding foods to which they are not allergic — even more so because regular consumption of commonly allergenic foods is likely an important way to avoid developing a true allergy to those foods down the road.”

“All of this appeared in epidemic form suddenly in 1989,” Kennedy said. These chronic health conditions existed prior to that, but the numbers started soaring in 1989.

As a founder of the Food Allergy Initiative, now the Food Allergy Research and Education network, which raised more than $200 million for allergy research, Kennedy explained that most research focused on treating allergies rather than understanding their causes.

These treatments, he said, are developed by inducing allergies in lab rats. Researchers inject rats with aluminum adjuvants from the hepatitis vaccine, along with the protein for the given allergen being studied.

According to Kennedy, there are hundreds of studies with similar outcomes. “We created an entire generation of all these allergies by giving them these early vaccines.”

Vaccine side effects are not limited to allergies, Kennedy added:

“Every one of those diseases that I mentioned to you are listed as vaccine side effects on the manufacturer’s inserts of the 72 doses of vaccines that are now mandated for our children.

“There are 405 listed side effects in total on all of those vaccines. Those are a list of all of the diseases that became epidemic after 1989. Do you think that’s a coincidence?”