Sources close to Novak Djokavic said the nine-time Australian Open-winner is considering suing the “Land of Oz” for $4.4 million after the country’s immigration officials last week deported him because he wasn’t vaccinated for COVID. 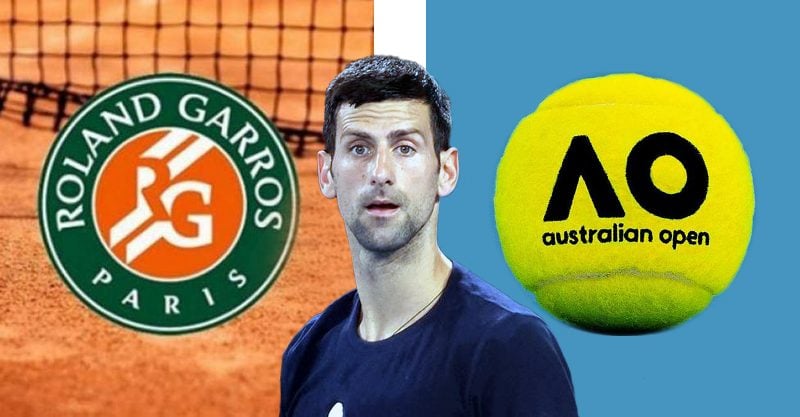 Sources close to Novak Djokavic said Wednesday the nine-time Australian Open-winner is considering suing the “Land of Oz” for $4.4 million after the country’s immigration officials last week deported him because he wasn’t vaccinated for COVID.

Insiders told The Sun Djokavic may seek damages, including the prize money he expected to win in the prestigious tournament.

“It’s well known that Novak and his family feel he was poorly treated in the quarantine hotel in Melbourne. His mother revealed how it was full of fleas and maggots. He was kept a virtual prisoner.”

Lawyer Toma Fila added: “He was subjected to humiliating treatment. He should sue.”

Djokovic lost his appeal Sunday to remain in Australia after his visa was canceled a second time due to his unvaccinated status.

This is clear indication Australian authorities regard this as a political matter, not public safety. PM Morrison’s attempt to frame Australian citizens as victims of Djokovic’s private health decision is a naked exercise in tyrannical political power.https://t.co/Lxx94PX7Sj

“This cancellation decision was made on health, safety and good order grounds, on the basis that it was in the public interest to do so,” Australian Prime Minister Scott Morrison said in a statement. “I welcome the decision to keep our borders strong and keep Australians safe.”

The Association of Tennis Professionals on Monday issued a statement on Djokovic’s deportation:

“Today’s decision to uphold Novak Djokovic’s Australian visa cancellation marks the end of a deeply regrettable series of events. Ultimately, decisions of legal authorities regarding matters of public health must be respected. More time is required to take stock of the facts and to take the learnings from this situation.

“Irrespective of how this point has been reached, Novak is one of our sport’s greatest champions and his absence from the Australian Open is a loss for the game. We know how turbulent the recent days have been for Novak and how much he wanted to defend his title in Melbourne. We wish him well and look forward to seeing him back on court soon.”

On Thursday, the Federal Court of Australia released a 27-page defense of its decision.

Chief Justice James Allsop and Justices Anthony Besanko and David O’Callaghan said they did not consider “the merits of the case” but only “the lawfulness or legality” of the immigration minister’s decision.

“Another person in the position of the minister may have not canceled Mr. Djokovic’s visa. The minister did,” they wrote.

Some speculated the reasons were more political than medical.

“Prime Minister Morrison’s attempt to frame the Australian citizens as the victims of Djokovic’s private health decision is a naked exercise in tyrannical political power. The ‘sacrifices’ of the Australian people Morrison refers to aren’t sacrifices at all. They are injuries borne of his nonsensical policies, and Djokovic is bringing international attention to them.”

In a related development, French officials announced there would be no exemptions to a law requiring proof of vaccination for entering all public areas, including sports arenas, putting Djokovic’s eligibility for the French Open this May in jeopardy.

Djokovic is seeking an unprecedented, 21st career Grand Slam title if authorities will let him play.

For now, he is back home in Belgrade, Serbia, where he was greeted by fans and supported by his government. Serbian President Aleksandar Vucic blasted the Australian government for what he called “harassment” of Djokovic and called Australia’s handling of the legal process “Orwellian.”