The District Court should not have dismissed a lawsuit filed last year by Children’s Health Defense against the U.S. Food and Drug Administration alleging the agency’s licensure of Pfizer’s Comirnaty COVID-19 vaccine was deceptive and rushed, CHD argued last week in its brief. 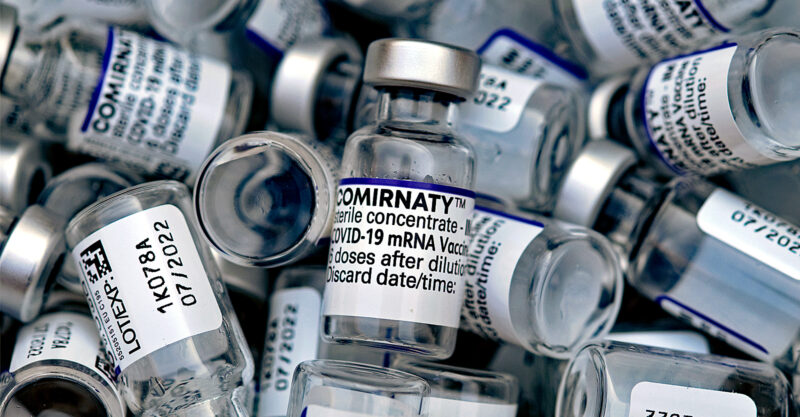 The court should not have dismissed a lawsuit filed last year by Children’s Health Defense (CHD) against the U.S. Food and Drug Administration (FDA) alleging the agency’s licensure of Pfizer’s Comirnaty COVID-19 vaccine was deceptive and rushed, CHD attorneys argued last week.

In a reply brief filed May 6 in the U.S. 6th Circuit District Court of Appeals for the Eastern District of Tennessee, attorneys for CHD argued the lower court erred when it ruled CHD lacked standing in the case.

In its lawsuit filed in August 2021, CHD alleged the FDA’s licensure was a “classic bait and switch,” which allowed Pfizer, the Biden administration, the U.S. military and employers to exhort people to take “licensed” vaccines when in fact the vaccines available and being administered continued to be the Pfizer-BioNTech EUA vaccines.

FDA attorneys argued CHD should sue the DOD, not the FDA. However, Flores said that because the FDA and DOD collaborated on the vaccine’s development, the military’s mandates were not independent third-party actions and rather were the result of a partnership with the FDA.

“Were it not for the FDA enabling the DOD to trick soldiers into believing all Pfizer vaccines were approved, the DOD wouldn’t have been allowed to mandate experimental vaccines or treat soldiers like human ‘guinea pigs,’” Flores said.

Attorneys for the U.S. Department of Justice (DOJ) and U.S. Department of Health and Human Services (HHS), arguing on behalf of the FDA, asked the court to believe there is no difference between the Pfizer Comirnaty and Pfizer-BioNTech vaccines, stating the FDA approved and authorized a single vaccine.

According to the DOJ and HHS attorneys:

“In response to the COVID-19 pandemic, FDA has permitted the distribution of a vaccine [singular] manufactured by Pfizer and BioNTech, first pursuant to an EUA and then (under the trade name Comirnaty) pursuant to an approved biologics license application. For ease, this brief refers to the products [plural] as the Pfizer vaccine.”

Commenting on the above, Flores said:

By licensing the unavailable Comirnaty vaccine, the FDA led the public to believe the experimental Pfizer-BioNTech vaccine — the one being administered — is safe and effective, even though it is not licensed, Flores said.

“This ruse intentionally fills the public with a false sense of security and entices action through deceit,” Flores said.

The difference between an EUA vaccine and one that is licensed, or fully approved, is “more than academic,” Flores said, as licensed vaccines have heightened manufacturing standards and different remedies in the event of death or other adverse reactions.

However, adults injured by a licensed vaccine can apply for compensation under the National Vaccine Injury Compensation Program, which allows for attorney fees, costs and other damages.

“The bottom line is the FDA approved and authorized dangerous COVID-19 vaccines,” Flores said. “The enormity of the harm, lost careers, educational opportunities, severe injury and death and, in more and more instances, segregation from participation in society itself — experienced at nearly every level of society — traces back to premature licensure and the FDA’s ‘bait and switch.’”

The appeals court is expected to hear oral arguments this summer.