The lawyer representing plaintiffs in a lawsuit against Atlas Air said he plans to file similar lawsuits against the Federal Aviation Administration, the U.S. Department of Transportation and 18 major airlines over their COVID-19 vaccine mandates. 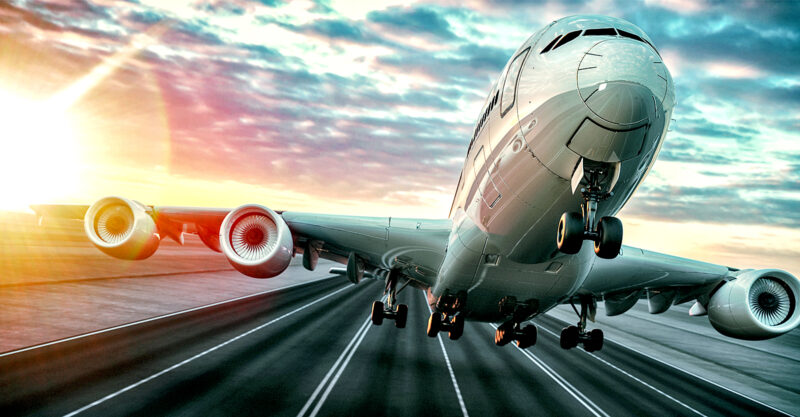 The lawyer representing plaintiffs in a lawsuit filed earlier this month against Atlas Air said he plans to file similar lawsuits against the Federal Aviation Administration (FAA), the U.S. Department of Transportation (DOT) and 18 major airlines over their COVID-19 vaccine mandates.

California attorney John Pierce alleges the mandates “imposed by these agencies on the airlines’ employees infringed on their constitutional, religious, and medical liberties,” The Epoch Times reported.

Atlas Air is one of the largest air cargo carriers in the aviation industry and the world’s largest operator of Boeing 747 aircraft.

The lawsuit was filed May 12 in the U.S. District Court for the Southern District of Florida with the participation of more than 100 plaintiffs, most of whom are unvaccinated pilots and flight attendants.

According to the lawsuit:

“Fundamentally, this case is about whether Americans should be required to choose between their livelihoods and being coerced into taking an experimental, dangerous medical treatment.

“It is also about the safety of America’s airline industry. Should pilots — under federal regulation required to be among the healthiest workers in the United States — who have taken an experimental ‘vaccine’ that is now shown to have potentially deadly, long-term side effects, be allowed to fly massive aircraft in our skies? While those who have (smartly) refrained from such a course be forced out of their jobs?”

The next lawsuit will be filed against United Airlines, Pierce told The Epoch Times.

“We’ll be hitting basically all of them in sequence, and then we’ll be going after the FAA as well,” Pierce said, adding he believes the vaccine mandates and COVID-19 restrictions affecting the aviation industry will be “ruled unconstitutional” and discriminatory under Title VII of the Civil Rights Act of 1964.

Pierce outlined the firm’s next steps:

“It’s going to require a big fix, ultimately. And that’s probably going to require legislation and kind of getting all the stakeholders at the table, but the first step is civil litigation.

“So the [Atlas Air] complaint has been filed. We’re in the process of serving everyone. And then, we’ll likely be looking for some kind of injunctive relief here soon to make sure that all the COVID-related mandates stop immediately. And then we’ll proceed [with] litigation, motion, practice, and discovery and then onward to trial eventually.”

Pierce highlighted the importance of the legal cases as part of a broader struggle in favor of freedom and liberty.

“[These lawsuits are] absolutely crucial. It’s a very, very red line — If you get to the point where you have to choose between getting an experimental drug shot in your arm and your paycheck, that’s just un-American, it’s unconstitutional, it’s outrageous, it’s sickening.”

“If that’s not the hill to die on when it comes to liberty, that’s about as close as I can imagine it.”

While the FAA and DOT have not imposed vaccine mandates of their own on the aviation industry, The Defender recently reported these agencies may be violating federal regulations by allowing pilots who received the COVID-19 vaccines to fly airplanes.

As reported by The Defender, in December 2021, the California-based Advocates for Citizens’ Rights hand-delivered an open letter to the FAA, the CEOs of major airlines and the insurers of these airlines, stating the FAA is:

“… putting both pilots and the general public at risk of death and/or serious injury by operating in contravention of Title 14 of the Code of Federal Regulations, §61.53, and related guidance which together operate to disallow medical clearance of pilots who have injected or ingested non-FDA approved products — like the COVID-19 inoculation.”

The letter goes on to clarify that this clause in the federal regulations prohibits aviation medical examiners from issuing medical clearances to pilots who use non-approved medical treatments, such as those that are being administered under Emergency Use Authorization instead of full FDA approval and new medications fully approved by the FDA less than 12 months prior.

According to the letter, the FDA:

“ … generally requires at least one year of post-marketing experience with a new drug before consideration for aeromedical certification purposes.

“This observation period allows time for uncommon, but aeromedically significant, adverse effects to manifest themselves …”

The letter also quotes the federal regulations as stipulating:

“[N]o person who holds a medical certificate issued under part 67 of this chapter may act as pilot in command, or in any other capacity as a required pilot flight crewmember, while that person … [is] receiving treatment for a medical condition that results in the person being unable to meet the requirements for the medical certificate necessary for the pilot operation.”

As of October 2021, when the Biden administration’s vaccine mandate for private companies with 100 or more employees was still in effect, all but two major U.S. airlines — Delta Air Lines and Southwest — had instituted the mandates for their workers.

At the time, pilots at several airlines pushed back against the mandates.

The U.S. Supreme Court in January 2022 struck down the vaccine mandate for private businesses and the Occupational Safety and Health Administration later that month withdrew the mandate.

However, private businesses may still implement their own in-house vaccine mandates.

Many major airlines maintained their vaccine mandates, although there are some signs that these requirements are loosening.

For instance, in March 2022, United Airlines allowed workers who had received medical or religious exemptions to the COVID-19 vaccine — a total of 2,200 workers — to return to their jobs.

Josh Yoder, a co-founder of USFF and pilot for a major U.S. airline, recently told The Defender that instances of harassment nevertheless continue against unvaccinated airline staff:

“Many pilots and other airline employees capitulated to the tactics of threats, harassment and intimidation perpetrated by the very companies they serve.”

Yoder also told The Defender the FAA has been aware of cases of pilots suffering vaccine injuries since at least December 2021, when Advocates for Citizens’ Rights delivered their open letter to the FAA, major airlines and their insurers.

The Defender recently reported the accounts of several pilots who sustained adverse events, including cardiac arrest, directly related to the COVID-19 vaccines.

Remarking on the new round of legal actions being pursued by USFF, Yoder told The Epoch Times:

“We’re not doing class action. We’re doing individual litigants. And the reason we’re doing it that way is because so many people have been harmed and people have experienced different levels of harm.

“We have the unvaccinated who have been harassed, threatened, and intimidated into getting vaccinated. Then we have many people as well who got vaccinated against their will, who were coerced and forced into doing it under threat of losing their employment.

“And then, in addition, we have the vaccine-injured, and the numbers of vaccine-injured are growing by the day. It’s just incredible what’s happening with pilots.”