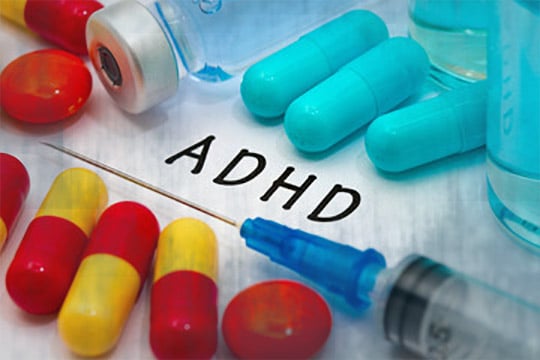 We all know children who can’t sit still, who never seem to listen, who don’t follow instructions no matter how clearly you present them, or who blurt out inappropriate comments at inappropriate times. Sometimes these children are labeled as troublemakers, or criticized for being lazy and undisciplined. However, they may have attention deficit hyperactivity disorder (ADHD), formerly known as attention deficit disorder, or ADD. ADHD makes it difficult for people to inhibit their spontaneous responses—responses that can involve everything from movement to speech to attentiveness.

Because we expect very young children to be easily distractible and hyperactive, it’s the impulsive behaviors—the dangerous climb, the blurted insult—that often stand out in preschoolers with ADHD. By age four or five, though, most children have learned how to pay attention to others, to sit quietly when instructed to, and not to say everything that pops into their heads. So by the time children reach school age, those with ADHD stand out in all three behaviors: inattentiveness, hyperactivity, and impulsivity.

The signs and symptoms of ADHD typically appear before the age of seven. However, it can be difficult to distinguish between attention deficit disorder and normal “kid behavior.” The three primary characteristics of ADHD are inattention, hyperactivity, and impulsivity. The signs and symptoms a child with attention deficit disorder has depends on which characteristics predominate.

Children who only have inattentive symptoms of ADHD are often overlooked, since they’re not disruptive. However, the symptoms of inattention have consequences: getting in trouble with parents and teachers for not following directions; underperforming in school; or clashing with other kids over not playing by the rules.

It isn’t that children with ADHD can’t pay attention: when they’re doing things they enjoy or hearing about topics in which they’re interested, they have no trouble focusing and staying on task. But when the task is repetitive or boring, they quickly tune out.

Staying on track is another common problem. Children with ADHD often bounce from task to task without completing any of them, or skip necessary steps in procedures. Organizing their schoolwork and their time is harder for them than it is for most children. They may also have trouble concentrating if there are things going on around them; they usually need a calm, quiet environment in order to stay focused.

Diagnoses of ADHD are on the rise. A population-based study published in 2015, which meticulously gathered reports from both teachers and parents, suggested that ADHD might affect up to 16% of elementary-school children (roughly one in six) which is three times higher than the estimated ADHD prevalence (5%) cited in the DSM-5. According to the CDC, ADHD diagnoses rose by 42% in less than a decade (2003–2011) for children and adolescents ages 4-17, translating into an average annual increase of 5%. Almost two-thirds (64%) of children and teens diagnosed with ADHD “had at least one other mental, emotional or behavioral disorder,” including behavior or conduct problems, anxiety, depression, ASD and/or Tourette syndrome. To learn more please see the additional resource/research tabs below.

Prenatal exposure to mercury and fish consumption during pregnancy and ADHD-related behavior in children: Childhood behavioral disorders are increasingly prevalent and result in substantial costs to families and society, with impacts on the educational system, quality of life and often on productivity into adulthood.1 ADHD is one of the most common neurodevelopmental disorders of childhood, affecting 8-12% of children worldwide2, yet the etiology is not well understood.3, 4 Increasing evidence supports associations between metals and ADHD-related behaviors, including prenatal and postnatal lead exposures.5-7

Filmmaker Jeremy Seifert lays out the dangers of water fluoridation, highlighting the most current research and interviewing top-tier doctors, activists, and attorneys close to the issue.

‘Sick Is the New Normal’ for Today’s Kids, Pediatrician Says

Why are some people more vulnerable to harm from pesticide exposure than others, particularly pregnant women, infants and children? It’s just one critical question scientists and regulators need to tackle.

Brian Hooker, Ph.D., co-authored a new study that found unvaccinated children have fewer cases of chronic disease than vaccinated children. He talks about that and more on the “Right on Point Podcast” with host Wayne Rohde.

ADD/ADHD is in every classroom in America. Recent statistics show that it affects almost 11% of children. Each day, children, their parents and teachers struggle with symptoms. There are few answers in mainstream medicine. Often, the medications suggested are dangerous with a long list of undesirable side effects. Treatments outside of the mainstream are often unattainable and expensive.  Here is Allie’s story.

The U.S. Environmental Protection Agency is set to reapprove paraquat, with even fewer restrictions, despite the herbicide’s acute toxicity and strong links to Parkinson’s Disease.

A joint investigation by the Guardian and Consumer Reports found drinking water samples from systems servicing more than 19 million people in the U.S. contained unsafe levels of multiple contaminants.

On Dec. 3, 2020, the Oregon Medical Board issued an “emergency order” to suspend the license of Dr. Paul Thomas, a pediatrician, who along with science writer Jennifer Margulis, Ph.D., co-authored “The Vaccine-Friendly Plan.”

Mom’s Use of Acetaminophen During Pregnancy May Lead to ADHD, Autism in Babies

More than 90 scientists, doctors and public health researchers are calling for new safety reviews of the common painkiller, pointing to mounting evidence fetal exposure to acetaminophen could increase the risk of neurodevelopmental disorders and reproductive system effects.

Childhood behavioral disorders are increasingly prevalent and result in substantial costs to families and society, with impacts on the educational system, quality of life and often on productivity into adulthood. ADHD is one of the most common neurodevelopmental disorders of childhood, affecting 8-12% of children worldwide, yet the etiology is not well understood.3, 4 Increasing […]

A study published this month in the Journal of Translational Science found children who were fully or partially vaccinated were diagnosed with autism, severe allergies, gastrointestinal disorders, asthma, recurring ear infections and ADD/ADHD more often than children who were completely unvaccinated.

The Science Is Clear: Heavy Metals in Baby Food Are Bad for Baby’s Brain

A 2019 report by Healthy Babies Bright Futures noted that in addition to heavy metals, baby foods are riddled with other neurotoxic chemicals — including perchlorate, phthalates and glyphosate — all of which can add up to significant health impacts.

Pesticide exposure during pregnancy has implications for both mother and child’s health, as studies indicate prenatal and early-life exposure to environmental toxicants increases susceptibility to diseases, from learning and developmental disabilities to cancer.

Want to Help Your Kids Be Smarter? Feed Them Organic Food, Researchers Say