Brian Hooker, Ph.D., co-authored a new study that found unvaccinated children have fewer cases of chronic disease than vaccinated children. He talks about that and more on the “Right on Point Podcast” with host Wayne Rohde. 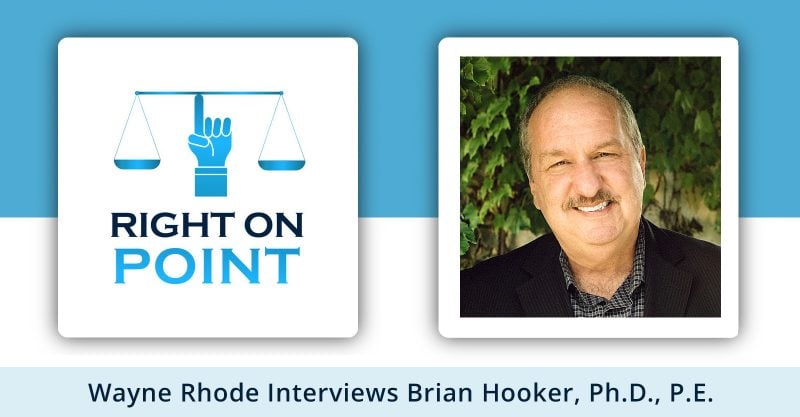 On the “Right on Point Podcast” with Wayne Rohde, Brian Hooker, Ph.D., P.E., Children’s Health Defense chief scientific officer and professor of biology at Simpson University, discusses a new study he co-authored. The study found partially or fully vaccinated children are more likely to suffer from chronic disease than their unvaccinated counterparts.

Published in the Journal of Translational Science, the paper looked at the vaccine status of 1,500 children and found that vaccinated children were more likely to have autism, asthma, allergies, reoccurring ear infections, attention-deficit/hyperactivity disorder (ADHD) and gastrointestinal issues than unvaccinated kids.

The research showed vaccinated kids were:

The analysis also included the health impacts of breastfeeding and whether the children were born vaginally or via Cesarean section.

Overall, the healthiest children were those who were unvaccinated, breastfed for at least six months and born vaginally, Hooker said.

As of today, only the CDC has access to the database, said Hooker.

The database is a collaborative project between the CDC’s Immunization Safety Office and nine healthcare organizations, which receive $30 million per year in taxpayer funds to maintain it.

The Vaccine Safety Datalink contains a comprehensive list of medical records that detail all of the vaccines each person received as an infant, child, adolescent and adult.

The records began in 1990 and continue through today, said Hooker, and they include medical information on both vaccinated and unvaccinated individuals.

Hooker said he was once allowed brief access to the records thanks to his relationships with people who have published a number of scientific papers based on their access to the data.

During Hooker’s access to the Vaccine Safety Datalink, he said he discovered an association between vaccines containing thimerosal and ADHD, obesity and other neurological disorders.

Soon after, the CDC cut off Hooker’s access to the database. “I believe that scared the CDC that people were publishing papers in peer-reviewed journals,” said Hooker. The CDC “shut it up like a fortress, despite the fact that it’s taxpayer funded,” Hooker said.

Hooker also discusses the politics of how science papers are peer-reviewed and the retraction process, and his recordings with Dr. William Thompson of the CDC about how the agency tried to destroy vaccine-autism study documents.

Listen to the ‘Right on Point Podcast’ here: