Want to Help Your Kids Be Smarter? Feed Them Organic Food, Researchers Say 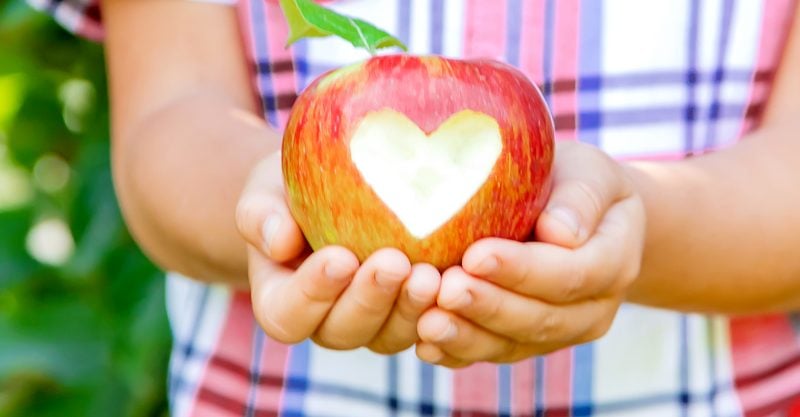 The study, conducted by Spanish researchers based at the Barcelona Institute for Global Health, took an exposome approach to environmental exposures, looking at a totality of all environmental hazards that children encounter, rather than investigating individual lifestyle factors one by one.

As study co-author Jordi Júlvez, Ph.D., notes, “healthy diets, including organic diets, are richer than fast food diets in nutrients necessary for the brain, such as fatty acids, vitamins and antioxidants, which together may enhance cognitive function in childhood.”

Researchers began their study by selecting mother-child pairs enrolled in the Human Early-Life Exposome (HELIX) Project, a pan-European study with projects in multiple European countries. Nearly 1,300 healthy children aged 6-11 were included in the study, as researchers already had pregnancy data and urine samples stored on the participants.

To determine other environmental exposures, home addresses were evaluated for their level of pollution and proximity to natural spaces, and children and their mothers were given tests that included a questionnaire on lifestyle factors, including parents smoking and alcohol use, the indoor environment, the child’s diet, physical activity, and other habits. Both computer and clinical tests were conducted to determine fluid intelligence, attention function, and working memory, scored together as cognition.

These results, while interesting, will require further research to clear up other confounding findings from the study. Researchers unexpectedly found that higher exposure to mercury during pregnancy, maternal alcohol exposure and exposure to a PFAS substance corresponded with better cognitive performance. While increased exposure to green spaces during pregnancy was associated with lower cognitive performance. Scientists indicate these are “unexpected associations” that could be “due to confounding and reverse causality.”

Study authors also note that broader, socio-economic factors may play into the results. In regards to house crowding, Dr. Júlvez explains that “the number of people living together in a home is often an indicator of the family’s economic status, and that contexts of poverty favor less healthy lifestyles, which in turn may affect children’s cognitive test scores.”

Likewise, the result associating organic food consumption with higher rates of cognition could be indicative of socio-economic status as opposed to specific food consumption. Organic foods are becoming increasingly affordable, but many families in Europe and the U.S. are often torn between providing healthy organic foods for their children and paying for other necessities.

Prior research, however, helps fill in research gaps from the present study. Multiple studies have found that eating a conventional diet will increase the presence of pesticides and their metabolites in an individual’s urine, including higher pesticide body burden from eating conventional foods.

In fact, because of their smaller size, children carry higher levels of glyphosate and other toxic pesticides in their body. Coupled with this research are multiple studies showing that many common pesticides result in developmental problems in children. Most recently, a 2019 Danish study found that higher concentrations of pyrethroid insecticides corresponded to higher rates of ADHD in children.

There is also strong evidence that organophosphate insecticides, still widely used on fruits and vegetables in the United States, are dropping children’s IQs on a national and global scale, costing billions to the economy in the form of lost brain power.

After finding the EPA had engaged in an “egregious delay” exposing a generation of American children to unsafe levels of chlorpyrifos, a judge gave the agency 60 days to either modify or revoke the widely used pesticide’s registration. #TheDefenderhttps://t.co/8WbrBEH1Gy

Switching from a conventional to organic diet will drastically reduce the levels of pesticide in one’s body, with one week on organic food showing a 70% reduction in glyphosate in the body, according to one study. Socio-economic factors play a large role in access to healthy organic foods, and the ability to provide the sort of environment that allows a child’s brain to flourish.

Pitting access and cost against the long-term success of a child’s development puts many parents in an untenable position. While a single study’s results can be interpreted in many ways, the preponderance of evidence points to organic food providing the nutrition needed to give young minds the start they need in life.

But eating organic should not be a choice to make — all food should be grown with high quality standards that reject the use of brain-damaging pesticides and protect the wider environment. Join Beyond Pesticides as the organization continues to push for that reality.