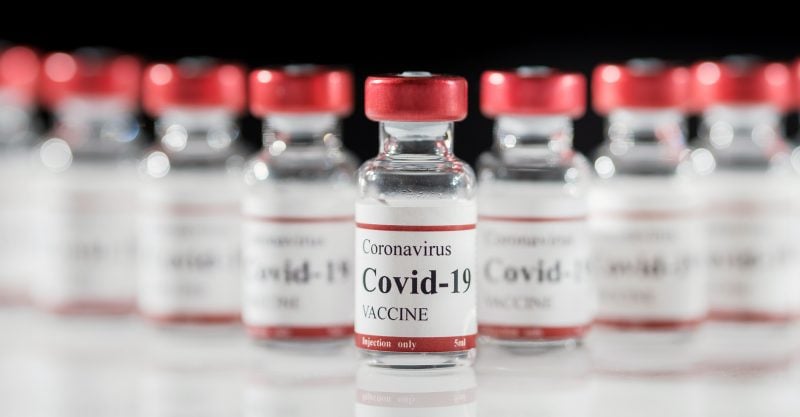 The Centers for Disease Control and Prevention (CDC) today released new data showing a total of 1,119,063 reports of adverse events following COVID vaccines were submitted between Dec. 14, 2020, and Feb. 11, 2022, to the Vaccine Adverse Event Reporting System (VAERS). VAERS is the primary government-funded system for reporting adverse vaccine reactions in the U.S. 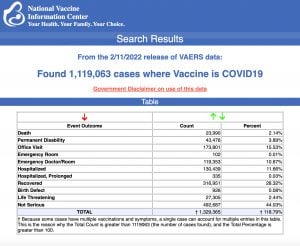 Once a new vaccine is ready the company said it will consider whether a variant-specific vaccine was still needed, Sahin said.

“If the wave ends, that does not mean it can’t begin again,” he said, adding BioNTech could create new vaccines as variants emerge.

“I really don’t see the situation as dramatic anymore,” Sahin said, referring to how the COVID would develop in future. Pfizer and BioNTech had originally planned to release a new vaccine by the end of March, but said it was dependent on how much clinical data regulators would require.

The three pathologists, two of whom are medical examiners, published their findings Feb. 14 in an early online release article, “Autopsy Histopathologic Cardiac Findings in Two Adolescents Following the Second COVID-19 Vaccine Dose,” in the Archives of Pathology and Laboratory Medicine.

The authors’ findings were conclusive. Two teenage boys were pronounced dead in their homes three and four days after receiving the second Pfizer-BioNTech COVID-19 dose.

There was no evidence of active or previous COVID-19 infection.

The teens had negative toxicology screens (i.e. no drugs or poisons were present in their bodies).

The judge said the Air Force likely violated the officer’s First Amendment rights when it denied her request for a religious exemption and subsequently appeal, and ordered the branch to refrain from taking “any adverse action” against the officer on the basis of “this lawsuit or her request for religious accommodation, specifically including forcing her to retire.”

To date, the Air Force has granted only nine religious exemptions, denied 3,665 requests and is still considering 3,288 requests — 142 active-duty airmen have been administratively separated for refusing the vaccine, the branch said in its COVID update last week.