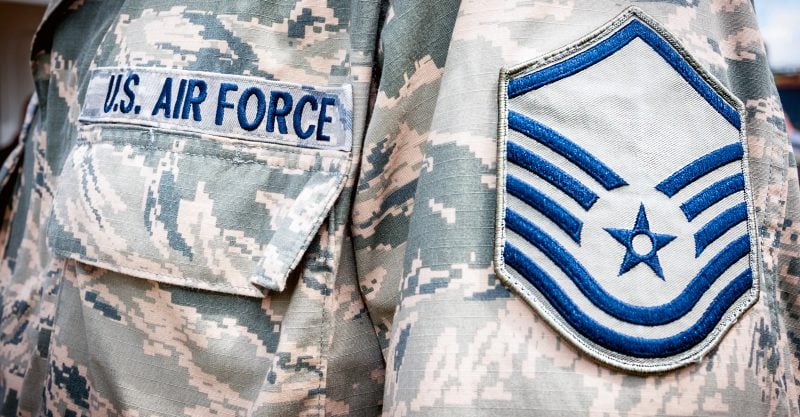 A federal judge in Georgia on Tuesday temporarily blocked the U.S. Air Force from punishing an officer who objected to receiving a COVID vaccine for religious reasons but was denied an exemption from the military’s vaccine mandate.

U.S. District Court Judge Tillman E. Self III issued a preliminary injunction for the unnamed Air Force Reserve officer and called the service’s process for granting a religious exemption to the mandate “illusory and insincere.”

The judge ordered the Air Force to refrain from taking “any adverse action” against the officer on the basis of “this lawsuit or her request for religious accommodation, specifically including forcing her to retire.”

“Given ‘the Nation’s essential commitment to religious freedom[,]’ Plaintiff’s harm — a constitutional injury involving her right to freely exercise her religion — is not a mere trivial grievance,” Self wrote in his ruling.

The judge said the Air Force likely violated the officer’s First Amendment rights when it denied her request for a religious exemption and the subsequent appeal she filed in December.

“All Americans, especially the Court, want our country to maintain a military force that is powerful enough to thoroughly destroy any enemy who dares to challenge it. However, we also want a military force strong enough to respect and protect its service members’ constitutional and statutory religious rights. This ruling ensures our armed services continue to accomplish both.”

As of Feb. 8, the Air Force had approved vaccine exemptions for 3,313 airmen, but they were granted for medical or nonreligious administrative reasons.

When the unnamed officer, stationed at Robins Air Force Base, filed her lawsuit on Jan. 6, the Air Force had not granted any religious accommodations.

Since then, the Air Force granted nine religious exemptions, denied 3,665 requests and is still considering 3,288 requests.

As of Feb. 7, the Air Force had administratively separated 142 active-duty airmen from the service for refusing the vaccine, the branch said in its COVID update last week.

The judge wrote in his ruling:

“It seems illogical to think, let alone argue, that plaintiff’s religious-based refusal to take a [coronavirus] vaccine would ‘seriously impede’ military function when the Air Force has at least 3,300 other service members still on duty who are just as unvaccinated as her.

“The only difference is that the plaintiff is unvaccinated because she followed her religion and the others were granted either a medical or administrative exemption from receiving a [coronavirus] vaccine.”

“And, what real interest can our military leaders have in furthering a requirement that violates the very document they swore to support and defend?” the judge continued.

“The Court is unquestionably confident that the Air Force will remain healthy enough to carry out its critical national defense mission even if Plaintiff remains unvaccinated and is not forced to retire.”

Ann Stefanek, a spokesperson for the Air Force, told The Hill the branch is “aware of the preliminary injunction and will abide by the Court’s Order until the matter is legally resolved. The Air Force has no other comments about this ongoing litigation.”

The case was filed in January by the Thomas More Society on behalf of the officer — a 25-year veteran who has never faced disciplinary action during her career. She currently serves in an “administrative position in the Air Force Reserve” that would not “be tasked to deploy” or likely to engage in physically demanding military operations.

The plaintiff is also a civilian employee for the Air Force and she filed a separate request for a religious exemption to the COVID vaccine mandate in her civilian role.

The branch had not ruled on the request before a federal judge in Texas stopped the government from enforcing the Biden administration’s vaccine mandate for federal civilian workers.

According to the Thomas More Society, the service member objected to receiving a COVID vaccine for religious reasons and because she had already acquired natural immunity from previous infection.

The Air Force gave its active-duty service members until Nov. 2, 2021 to be vaccinated, while Air National Guard and Reservists had until Dec. 31, 2021 to comply.

Numerous cases have challenged the U.S. Department of Defense COVID vaccine mandate but no judge has granted a nationwide injunction affecting all military members.

In January, federal Judge Reed O’Connor in the Northern District of Texas blocked the Navy from disciplining a group of 35 Navy Seals and three reservists who refused to get the vaccine for religious reasons.

On Feb. 2, U.S. District Judge Steven Merryday of the Middle District of Florida temporarily blocked the Navy and Marines from “diminishing or altering in any manner and for any reason the current status” of a Navy commander and Marine Corps lieutenant colonel for refusing to get vaccinated. Merryday extended his order on Feb. 11.