U.S. military members involved in a lawsuit challenging the military’s COVID vaccine mandate on Dec.10 filed an amended complaint seeking a new injunction after a judge last month rejected the U.S. Department of Defense’s assertion the Pfizer-BioNTech and Comirnaty COVID vaccines are “interchangeable.” 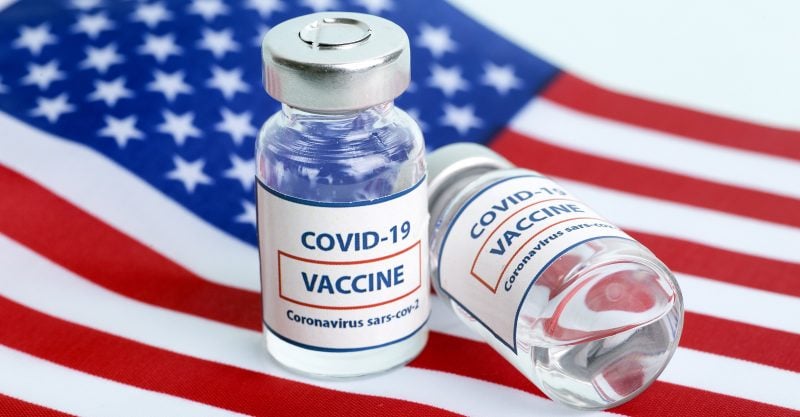 The move came after a judge last month rejected the U.S. Department of Defense’s (DOD) assertion the Pfizer-BioNTech and Comirnaty COVID vaccines are “interchangeable, but before the U.S. Air Force and U.S. Marines began discharging unvaccinated service members.

In an interview with The Defender, attorney Travis Miller, who represents the 18 plaintiffs in Doe et al v. Austin, told The Defender:

“Our clients face comparable challenges. As our amended complaint alleges, the [U.S. Food and Drug Administration’s] ‘approval’ of the Comirnaty vaccine excluded testing on large segments of the American population, including those with previous COVID-19 infections (an alleged 3% of trial participants), pregnant women, and individuals with serious pre-existing conditions.

“The clinical trials were inappropriately truncated, with trial participants being observed for an average of four months, instead of the FDA’s recommended period of one to two years.”

On Nov. 12, U.S. Federal District Judge Allen Winsor of the U.S. District Court for the Northern District of Florida denied plaintiffs’ original request for a preliminary injunction against the military’s vaccine mandate.

However, in his order denying the injunction, Judge Winsor acknowledged that under the Emergency Use Authorization (EUA) statute, “recipients of EUA drugs must be ‘informed’ … of the option to accept or refuse administration of the product.”

While this would be applicable to the Comirnaty vaccine, the judge noted:

Miller said the FDA’s “wrongful conclusion” that two distinct vaccines can be ‘interchangeable'” is one of the claims in the amended complaint.

“Τhe FDA incorrectly determined that the EUA Pfizer vaccine can be used interchangeably with the licensed Comirnaty vaccine. Whether the FDA can make that determination is currently being litigated. And this FDA determination presents a significant problem for military service members. With the Comirnaty vaccine being unavailable, those in the military are improperly being forced to take an EUA vaccine.”

On this basis, the plaintiffs filed a claim of action in relation to the armed services’ violation of the DOD’s own vaccine mandate, wherein service members are being mandated to receive the vaccines administered under a EUA instead of the Comirnaty vaccine, which the military claims is “unavailable.”

As part of their amended complaint, the plaintiffs are now once again requesting injunctive relief from the court, including declaratory judgment from the “unlawful” mandate, which they argue is in violation of AR 40-562, DOD procedural requirements, the APA, and federal informed consent laws.

Furthermore, the plaintiffs are requesting a declaratory judgment on the basis that federal law only permits fully licensed vaccines to be mandated for members of the armed service, and to that end, “implementation of the mandate are [sic] unlawful to the extent that they permit or require an EUA product to be administered pursuant to the mandate.”

The plaintiffs additionally request that any implementation of the DOD vaccine mandate be enjoined, that plaintiffs “with natural immunity due to previous infection are entitled to a medical exemption from COVID-19 vaccination under AR 40-562,” and that the DOD and the armed services be enjoined from treating the Pfizer-BioNTech vaccine “as if” it were the licensed Comirnaty vaccine, and that this practice be declared unlawful.

The FDA is also the target of the plaintiffs’ claims for relief, as they are requesting that the FDA’s approval of the Comirnaty vaccine be declared unlawful, and that this decision be vacated and remanded, “for reconsideration consistent with [applicable] laws and regulations.”

Accordingly, the plaintiffs further request that a declaratory judgment be issued against the FDA presenting it from simultaneously treating “the same product as an EUA product and licensed product for the same indication and use” or using the BioNTech and Comirnaty vaccines “interchangeably” or in a way where they can be “substituted” for each other.

As The Defender reported, even though the Comirnaty vaccine was fully licensed by the FDA, an EUA for the very same vaccine was also issued, shielding it from liability laws applicable only to licensed products.

At stake for plaintiffs: health, livelihoods and careers

The amended complaint introduced each of the individual service members and their unique circumstances, ranging from the non-availability of the licensed Comirnaty vaccine, to rejection of medical and religious exemptions and other pre-existing health risks.

Miller said for the plaintiffs, there is more at stake than the refusal to take a vaccine for any reason, or the willingness of some to only receive a licensed vaccine.

“What’s at stake for refusing this vaccine? Everything. Their careers, their livelihoods, everything they’ve sacrificed and worked for,” Miller said.

The plaintiffs, and their reasons for refusal, are summarized below:

The issue of service members facing dishonorable discharge simply due to not receiving the COVID vaccine, has reached Congress.

The Senate on Wednesday passed a draft of the new National Defense Authorization Act that includes a rider forbidding the DOD from dishonorably discharging servicemembers for not getting the vaccine.

The rider was included in the larger bill by Sen. Roger Marshall (R-Kan.), a vocal opponent of President Biden’s vaccine mandates, to “prevent Joe Biden from dishonorably discharging servicemembers for choosing to not get the COVID vaccine.”

The bill now is headed to Biden’s desk for his signature. However, Biden may choose to veto this bill and demand changes to it before signing it.

According to Miller though, “the proposed legislation does not go far enough to protect the rights of military service members.”