A federal district court judge rejected a claim by the U.S. Department of Defense that the Pfizer-BioNTech COVID-19 vaccine being administered under Emergency Use Authorization is interchangeable with Pfizer’s fully licensed Comirnaty vaccine. 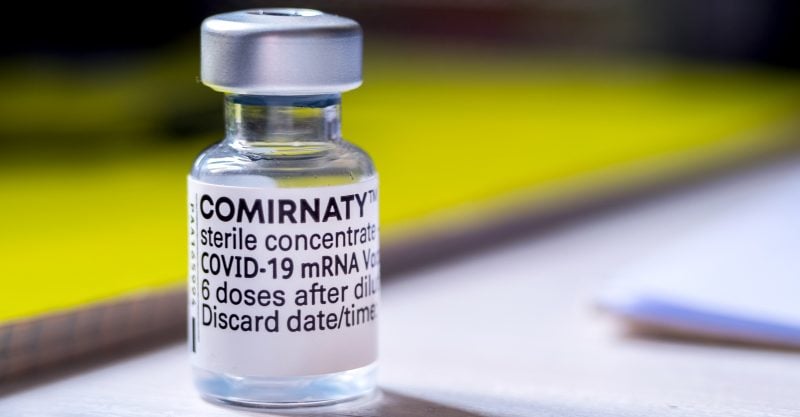 A federal district court judge has rejected a claim by the U.S. Department of Defense (DOD) that the Pfizer-BioNTech COVID-19 vaccine being administered under Emergency Use Authorization is interchangeable with Pfizer’s Comirnaty vaccine, which in August was fully licensed by the U.S. Food and Drug Administration (FDA).

In an order issued Nov. 12 in Doe et al. v. Austin, U.S. Federal District Judge Allen Winsor of the U.S. District Court for the Northern District of Florida denied a preliminary injunction requested by 16 service members against the U.S. Military’s COVID vaccine mandate. A hearing is scheduled for Sept. 14, 2022.

However, the judge’s acknowledgment that “the DOD cannot mandate vaccines that only have an EUA” is significant for two reasons.

The latter reason would apply not just to the Pfizer-BioNTech vaccine, but also to the vaccines produced by Moderna and Johnson & Johnson (Janssen), both of which are authorized only as EUA products.

Under law, everyone has ‘right to refuse’ EUA product

When the FDA approved Pfizer’s Comirnaty COVID-19 vaccine in August, approval was accompanied by a series of confusing documents and equally confusing public statements.

One such confounding statement reads as follows:

The FDA provided no explanation as to how the licensed Comirnaty vaccine and the Pfizer-BioNTech EUA vaccine could “be used interchangeably” despite having “certain differences” that make them “legally distinct.”

There are key differences between fully licensed vaccines and those authorized under EUA. EUA products are considered experimental under U.S. law. This means they cannot be mandated, and everyone has the right to refuse such vaccines without consequences.

Τhe Nuremberg Code, as well as federal law, provide that no human being can be forced to participate in a medical experiment. Under 21 U.S. Code Sec.360bbb-3(e)(1)(A)(ii)(III), “authorization for medical products for use in emergencies,” it is unlawful to deny someone a job or an education because they refuse to be an experimental subject.

This is also made clear in the FDA fact sheet provided to patients receiving any Pfizer COVID-19 vaccine. It states:

“Under the EUA, it is your choice to receive or not receive the vaccine. Should you decide not to receive it, it will not change your standard medical care.”

However, U.S. law does allow employers and schools to require students and workers to take licensed vaccines.

Another key difference between fully licensed and EUA vaccines is that, under the 2005 Public Readiness and Preparedness Act (PREP Act), EUA vaccines are accompanied by a far-reaching liability shield that protects all parties involved with the product from lawsuits.

Specifically, if one is injured by an EUA vaccine, the only way to claim damages and receive compensation is to apply to the Countermeasures Injury Compensation Program (CICP), an administrative process under the U.S. Department of Health and Human Services (HHS), which authorized the vaccines.

Notably, under 4% of claims made through this program have been compensated. To date, CICP has not compensated any claims for COVID-19 vaccine injuries.

At this time, the Pfizer Comirnaty vaccine may have no liability shield, making it subject to product liability laws that allow those injured by it to potentially sue for damages, although Pfizer asserts that the vaccine is protected under the PREP Act as well.

When the Centers for Disease Control and Prevention includes a fully licensed vaccine on its recommended vaccination schedule, the vaccines similarly enjoy generous liability protections, but those protections are not as complete as under the PREP Act.

“This EUA for the Pfizer-BioNTech COVID-19 Vaccine and COMIRNATY will end when the Secretary of HHS determines that the circumstances justifying the EUA no longer exist or when there is a change in the approval status of the product such that an EUA is no longer needed.”

This appears to contradict black-letter law — defined as well-established legal rules that are certain, no longer disputable, free from doubt and generally well-known — in addition to well-established case law.

In this case, an EUA is considered illegal and invalid if there is a fully licensed alternative available. This appears to be the case with Pfizer’s licensed Comirnaty while its EUA Pfizer-BioNTech is still on the market.

As stated by Children’s Health Defense (CHD) in its lawsuit against the FDA and Dr. Janet Woodcock, acting commissioner:

“The black letter law is clear. There can be no biologic license approved to a medical product for diagnosing, preventing or treating COVID-19 if there is also still an Emergency Use Authorization for the same medical product serving the same purpose.”

In another CHD lawsuit, pertaining to mask mandates for school children issued under an EUA, CHD President Mary Holland, co-counsel on the case, stated that “[i]t is black-letter law that EUA devices … cannot be mandated at all.”

Still, many media outlets refer to COVID vaccine mandates as an inevitability, based on a narrative which attempts to (mis)lead the public into believing the COVID vaccines have been fully licensed.

The same media narratives, such as a recent USA Today “fact check,” also claim the Comirnaty and Pfizer-BioNTech vaccines are the same.

CHD though, in its lawsuit against the FDA, argues that Comirnaty’s licensure was a classic “bait and switch,” and that there is no legal basis to retain the EUA status for other COVID vaccines once the FDA has fully licensed a COVID vaccine.

A recent lawsuit filed by Arizona’s attorney general against the Biden administration over its vaccine mandates made a similar argument:

“…the whole point of the mandates is to deny any such ‘option’ to those governed by them. Notably, only the Pfizer vaccine has received [U.S. Food and Drug Administration (FDA)] approval, and none of the stock of it in the U.S. is actually the FDA-approved version (and instead is entirely under the EUA label subject to the EUA-mandated conference of choice).”

Do vaccines labeled ‘Comirnaty’ even exist?

All of these issues came to the fore in Judge Winsor’s Nov. 12 decision.

As recognized by the judge, “[u]nder the EUA statute, recipients of EUA drugs must be ‘informed … of the option to accept or refuse administration of the product.”

The judge further noted that with regard to the administration of an EUA product to members of the armed forces, such a right of refusal may be waived only by the president.

As noted, “[t]he DOD acknowledges that the president has not executed a [waiver], so as things now stand, the DOD cannot mandate vaccines that only have an EUA.”

While this would be applicable to the Comirnaty vaccine, the judge noted “the plaintiffs have shown that the DOD is requiring injections from vials not labeled ‘Comirnaty.’ Indeed, defense counsel could not even say whether vaccines labeled ‘Comirnaty’ exist at all.”

The judge found this argument “unconvincing,” stating that “FDA licensure does not retroactively apply to vials shipped before BLA approval.”

He further noted that EUA provisions suggest “drugs mandated for military personnel be actually BLA-approved, not merely chemically similar to a BLA-approved drug,” not just in terms of labeling, but also in terms of being produced at BLA-compliant facilities.

As the judge stated, “there is no indication that all EUA-labeled vials are from BLA-approved facilities,” adding that “the DOD cannot rely on the FDA to find that the two drugs are legally identical.”

Despite the federal judge’s opinion in Doe et al. v. Austin, no court has yet issued a final, definitive ruling that an institution may not mandate a COVID EUA product.

Some courts, most notably in Bridges et al. v. Houston Methodist Hospital, have upheld EUA mandates for employees in a case where 116 hospital employees filed a lawsuit disputing their employer’s vaccine mandate on the grounds the vaccines were being administered under an EUA.

This decision was appealed to the U.S. Court of Appeals for the 5th Circuit, and a decision is far from final.

The DOD’s anthrax vaccine immunization program (AVIP), established in 1997, sought to mandate a vaccine previously used for cutaneous anthrax, to protect service members against inhalation anthrax. This alternate use was legally considered off-label usage, requiring informed consent from each individual or a presidential waiver of informed consent.

Service members filed a lawsuit in 2003, seeking to halt the AVIP. Later that year, a federal court, in response to the lawsuit, halted AVIP, due to the DOD’s failure to adhere to informed consent requirements.

The FDA, eight days after this decision, expanded the vaccine’s label to include inhalation anthrax. This decision was challenged by service members on procedural grounds, based on the claim that the FDA did not follow its own regulations regarding label amendments.

In October 2004, a federal district court sided with the service members, vacating the FDA’s decision. Subsequently, then-President Bush signed the Project BioShield Act into law, which amended the Public Health Service Act to “provide protections and countermeasures against chemical, radiological or nuclear agents.”

Following this, the FDA, in December 2004, filed for an EUA for the anthrax vaccine, which was issued within weeks. The new EUA encompassed inhalation anthrax. Vaccinations of service members resumed, but only on a voluntary basis.

It was not until December 2005 that the FDA formally approved a label expansion for the anthrax vaccine, and only after this did mandatory vaccinations resume for certain categories of service members.

This prior precedent seems to lend legal credence to the argument that EUA vaccines cannot be mandated, at least for military service members, based on a narrow interpretation of the relevant case law.

Nevertheless, it remains to be seen how courts will ultimately rule in relation to mandating COVID vaccines administered under an EUA.