Hundreds of “Tylenol lawsuits” already have been filed against retailers and manufacturers of acetaminophen — but that number could soon reach into the thousands, according to an attorney who spoke to The Defender. 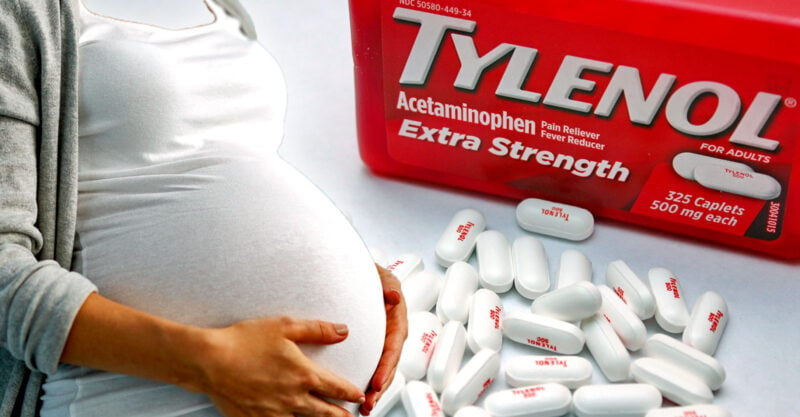 Hundreds of “Tylenol lawsuits” already have been filed against retailers and manufacturers alleging they sold products containing acetaminophen to pregnant women, knowing the medications could harm the developing fetus.

The number of lawsuits could soon reach into the thousands, according to an attorney who spoke to The Defender.

Attorney W. Mark Lanier described the lawsuits — which allege acetaminophen use during pregnancy can cause children to be born with autism spectrum disorder (ASD) and attention-deficit/hyperactivity disorder (ADHD) — as “some of the most important health litigation pending in the United States right now.”

“Autism and mental health development or mental development issues touch a huge number of Americans. We believe the science indicates that taking Tylenol can cause many of these problems, period. We think the science backs this up, we think the biology backs it up, and we are eager to prove that in a court.

“The goal here is not to take Tylenol off the market. The goal here is to put a warning on it so that doctors and expectant mothers are able to make an intelligent decision of what risks they will expose their child to during pregnancy.”

The U.S. Judicial Panel on Multidistrict Litigation (JPML) late last year appointed Senior U.S. District Judge Denise Cote to oversee the growing number of lawsuits brought by families, resulting in all of the claims being transferred to the U.S. District Court for the Southern District of New York.

The lawsuits allege retailers, including Walmart, CVS, Walgreens and others, falsely advertised products that contain acetaminophen as being safe for pregnant women and did not warn them about the risks posed to fetal development.

Lawsuits also are expected against Johnson & Johnson for its alleged role in encouraging widespread acetaminophen use during pregnancy, which could send the number into the thousands.

Products that contain the drug include Tylenol, Alka-Seltzer Plus, DayQuil, Excedrin, Goody’s, Mucinex, NyQuil, Robitussin and some generic and store-brand equivalents.

The lawsuits allege the products have been marketed as safe for pregnant women since the 1950s, despite the existence of dozens of peer-reviewed studies showing acetaminophen poses serious risks to pregnant women and unborn children.

The Defender examined some of the currently pending lawsuits making such allegations and the scientific literature regarding the risks of acetaminophen during pregnancy and spoke with one of the attorneys involved with the Tylenol lawsuits.

Lawyer: ‘we’ll be talking about thousands, tens of thousands’ of cases

Lanier, one of the attorneys appointed as lead counsel in the Tylenol multidistrict litigation (MDL), told The Defender, “I think at this point we’re in the hundreds that have been filed. I think when all is said and done, we’ll be talking about thousands, tens of thousands” of cases.

Although each of the Tylenol ASD and ADHD lawsuits will proceed separately, their consolidation into the MDL means “coordinated discovery into issues that are common to all claims” will occur, with the evidence then available to each individual case filed anywhere in the U.S.

Judge Cote likely will establish a “bellwether” process whereby “a group of representative claims will be prepared for early trial dates, to help the parties gauge how juries are likely to respond to certain evidence and testimony about the link between Tylenol and autism that will be repeated throughout the claims.”

The outcome of these “bellwether” cases will not impact any other individual case but may have a significant impact on the average settlement amount that will be agreed upon for each claim.

If the “bellwether” cases do not reach settlement, Judge Cote may remand them to the U.S. District Courts for trial.

Special Master Randi S. Ellis, a dispute resolution and settlement consulting attorney based in Louisiana, will “help the parties conduct a census of all claims being pursued by families nationwide … so that the Court can better understand the scope of the growing litigation while planning for discovery and pretrial proceedings.”

Cote appointed a group of lawyers — including Lanier — to help manage the growing number of lawsuits as part of the MDL proceedings, even though each individual plaintiff will still maintain their own legal counsel.

Lanier told The Defender that the MDL and the ongoing cases were split into two sections. He explained:

“The first section is one that focuses on science. The science really bears out the truth that Tylenol can be a cause of these brain development issues.

In July 2022, several drugmakers and retailers unsuccessfully opposed the consolidation of the disparate ASD and ADHD lawsuits, claiming there were not yet enough cases filed to warrant centralization.

In June 2022, Walmart moved to dismiss two of the lawsuits filed by parents who said they used the retailer’s Equate tablets, which contain acetaminophen, during pregnancy. Walmart argued these claims were preempted by federal drug labeling laws, but Cote rejected the motions. Walmart has since appealed.

Candice Crawford sued Target, Walgreens and Walmart in the U.S. District Court for the District of Minnesota on Sept. 30, 2022, alleging the retailers “all failed to provide customers any warnings about the ADHD risks acetaminophen exposure may pose to unborn children.”

Crawford claims she began using the products in November 2014, during her pregnancy, to treat aches and pains. Her child, P.C., was born in May 2015, and was later found to be suffering from speech delay, aggression and other behavioral issues and difficulty maintaining focus.

In November 2021, P.C. was diagnosed with ADHD. Crawford claims if the acetaminophen ADHD risks had been disclosed, she would not have used those medications.

Heather Strydom, who sued Walmart in the U.S. District Court for the District of Minnesota on Aug. 2, 2022, claims Walmart failed to warn pregnant women about the autism risks posed by acetaminophen products.

Strydom said she took acetaminophen products between three and six times per week for aches and pains, from late 2016 until the birth of her child, S.S., in 2017. She began noticing developmental problems in S.S. during his infancy.

S.S. was diagnosed with autism in January 2021, remained non-verbal as of the date the lawsuit was filed and is currently enrolled in special education classes. Strydom said she would never have taken acetaminophen products if autism risks were disclosed.

Horowitz took acetaminophen between three and six times per week for pain relief during her two pregnancies. Her two children, J.S. and C.C., were born in 2014 and 2020, respectively. Horowitz’s first child was diagnosed with autism in 2014, and her second child is showing signs of developmental delays and is being treated for autism.

Karleen DeGroodt is another mother who has filed a Tylenol lawsuit. She alleges her son, Devin, “never had really good eye contact” and missed several developmental milestones. DeGroodt said she took acetaminophen products several times a week for aches and pains during her pregnancy.

Devin was diagnosed with autism before his third birthday and remains non-verbal today, at the age of 14, using his iPad to communicate.

The growing number of lawsuits has captured the attention of renowned consumer advocate Erin Brockovich, spokeswoman for Autism Justice, who launched a project to help mothers sue the manufacturers and retailers of acetaminophen products.

“My work and working with these women is getting the voices of them and their concerns for their children heard when we have science, and it feels like it’s being suppressed or concealed once again,” Brockovich said in an interview with NewsNation.

As previously reported by The Defender, referencing a JAMA Pediatrics research letter stating 1 in 30 children born in the U.S. in 2020 were diagnosed with autism, and there was a 53% increase in ASD among young Americans since 2017. The Centers for Disease Control and Prevention (CDC) reported similar statistics.

A growing number of scientific, peer-reviewed studies identified links between acetaminophen use by pregnant women and the onset of ASD and ADHD, and other developmental problems, in their children.

Acetaminophen became the preferred drug to treat fevers and pain in children in the early 1980s, after aspirin became associated with Reye’s syndrome. An increase in ASD has been documented as having begun during this time period.

In January 2015, the U.S. Food and Drug Administration (FDA) issued an acetaminophen pregnancy warning, stating expectant mothers should be cautious when using such products. The FDA, however, claimed there is “not enough research” to confirm safety risks for unborn children from acetaminophen exposure.

However, numerous peer-reviewed scientific studies appear to show such a link:

Dr. Roberta Ness, an epidemiologist who helped demonstrate a link between baby powder and ovarian cancer, is also sounding the alarm.

Ness, a woman’s health expert who works with Autism Justice and former dean of the University of Texas School of Public Health, told USA Today in November 2022:

“I’m not saying that acetaminophen is now the cause (of autism and ADHD). I’m saying that it’s a cause.

“This is our first opportunity to find an exposure that may be preventable and may be a cause.”

In a separate interview with NH Journal, Ness said, “I am absolutely convinced that it’s not only a link, but it’s a cause. I would say in the last seven years, the manufacturers, the FDA, OBGYNs, have been or should have been aware of this evolving literature and how convincing it is. None of them have done anything to alert the American public.”

USA Today and NH Journal also quoted scientists from the American College of Obstetricians and Gynecologists, the Duke University Center for Autism and Brain Development, the Society for Maternal-Fetal Medicine and the University of Pennsylvania School of Medicine claiming that the link between acetaminophen, ASD and ADHD remains “inconclusive.”

“For most people, the lawsuits are appropriately in the name of the ultimate victim,” said Lanier. “And most states have a law that says that the statute of limitations … doesn’t start running until someone’s 18 years old, because that’s when they’re old enough to make a legal decision of whether or not to file it.”

“And so, you’ve got the autistic births for the last 18-plus years and ones that perhaps go up to the time where a warning gets put on the label.”

According to a recent order in the ongoing MDL, “any plaintiff who has a case pending currently in the MDL must file a Short Form Complaint by Jan. 20,” while plaintiffs in any future lawsuits “must complete a short-form complaint within 14 days of bringing the case, regardless of whether the lawsuit is filed directly with the MDL or if the case is transferred from another district.”

The makers and retailers of acetaminophen products are no stranger to such lawsuits. In 2017 for instance, approximately 200 lawsuits against Johnson & Johnson alleging severe liver damage were settled out of court.