Multiple studies of Omicron infections published in recent weeks showed decreased lung damage and decreased mortality rates in both animal and human tissue, though the studies confirmed the greater transmissibility of the Omicron variant. 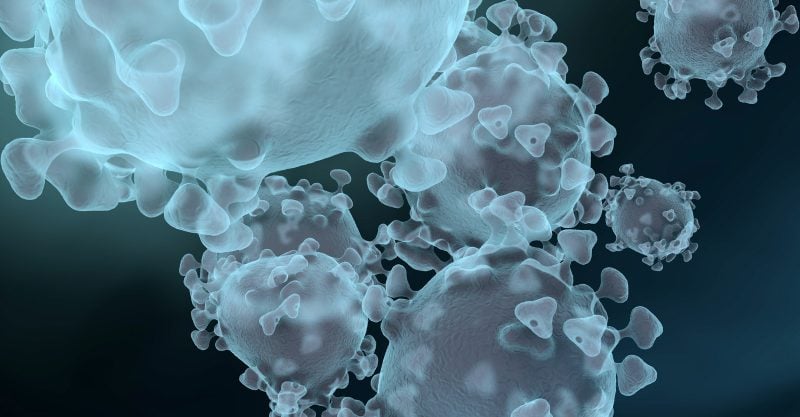 Multiple studies of Omicron infections published in recent weeks showed decreased lung damage and decreased mortality rates in both animal and human tissue, though the studies confirmed the greater transmissibility of the Omicron variant.

A consortium of Japanese and American scientists on Dec. 29, 2021, released a study on hamsters and mice that had been infected with either Omicron or one of several earlier variants.

Those infected with Omicron had less lung damage, lost less weight and were less likely to die, the study found.

According to the preprint study, authored by more than 50 international scientists, the experiments “observed less infection of hamster bronchial cells in vivo with Omicron than Delta virus.”

The researchers also found lower viral burden in the nasal cavities of mice infected with Omicron compared to those infected with other SARS-CoV-2 strains.

According to the study, the findings “suggest that compared to other SARS-CoV-2 isolates, the Omicron variant infection is attenuated in laboratory mice and hamsters for causing infection and/or disease. These results are consistent with the very preliminary clinical data in humans suggesting that Omicron causes a more transmissible yet possibly milder respiratory infection.”

Although all the animals infected with Omicron on average experienced much milder symptoms, the researchers noted the change in Syrian hamsters, a bellwether species known to get severely ill when exposed to all previous variants of the COVID-19 virus.

“This was surprising since every other variant has robustly infected these hamsters,” Michael Diamond, M.D., Ph.D., a virologist at Washington University and a co-author of the study told the New York Times.

This rodent study corroborated results announced earlier in December by researchers at Hong Kong University (HKU) who found while Omicron replicated 70 times faster than the Delta variant in human bronchial tissues, it replicated 10 times more slowly than Delta in the lungs, where typically the most serious cases of COVID-19 have wreaked the most damage.

According to the HKU summary:

“This method uses lung tissue removed for treatment of the lung, which is normally discarded, for investigating virus diseases of the respiratory tract. Dr. Chan and his team successfully isolated the Omicron SARS-CoV-2 variant and used this experimental model to compare infection with the original SARS-CoV-2 from 2020, the Delta variant and the recent Omicron variant.

As John Campbell, Ph.D., pointed out, these findings are consistent with the epidemiological data out of South Africa for the last two months. While cases there have skyrocketed, hospitalizations and deaths have declined in comparison to Delta.

“Only 1.7% of identified COVID-19 cases were admitted to hospital in the second week of infections in the fourth wave, compared with 19% in the same week of the third Delta-driven wave,” South African Health Minister Joe Phaahla said at a press conference.

According to Campbell, the science currently points to Omicron being far more contagious but also significantly less virulent than all prior COVID strains.

For some, the brevity and the overall milder pathogenicity of the Omicron wave thus far raise questions about the wisdom of lockdown, school closure and booster mandates now being implemented in many Western countries, including the United States. The Omicron wave may have passed before any of these mandates can be effectively implemented or show any benefit.

Campbell expressed the hope that Omicron, due to its transmissibility and relatively mild symptoms in most cases, may be the “ideal form” of the virus, likely to create significant herd immunity due to its contagiousness and thereby possibly bring an end to the pandemic.

“As all the public health folks have been saying, it’s going to rip right through the population,” said Dr. David Ho, a world-renowned virologist and Columbia University professor. “Sometimes a rapid-fire could burn through very quickly but then put itself out.”