In “From Pap Smear to the HPV Vaccine: The Cervical Cancer Prevention Industry,” Dr. Sing Hang Lee details how government and industry collaborated to sideline the Pap test, an effective diagnostic tool for cervical cancer, in order to push HPV vaccines. 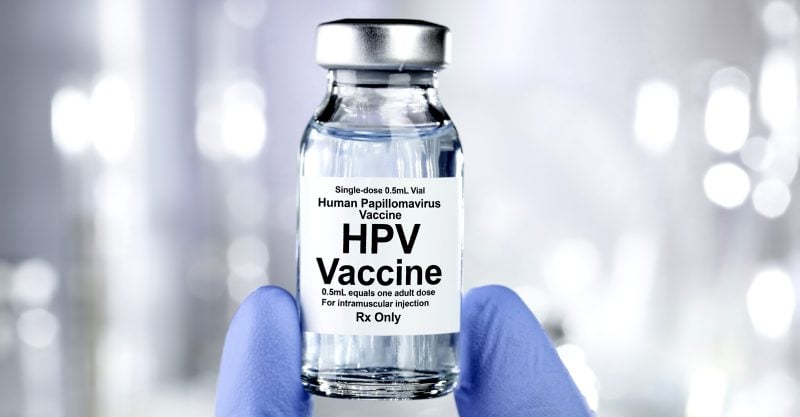 Dr. Sin Hang Lee is a hero to the human papilloma virus (HPV) vaccine injury world. He is responsible for the groundbreaking science that proved that the U.S. Food and Drug Administration (FDA) and Merck lied about HPV DNA fragments in the vaccines. He forced them to come clean — after many public denials.

Lee has submitted expert declarations to the National Vaccine Injury Compensation Program on behalf of teens who were injured or died. He has evaluated tissue samples and vaccines, and advocated tirelessly to the World Health Organization, the FDA and the Centers for Disease Control and Prevention about the unacceptable risks of HPV vaccines.

Dr. Lee recently published an extraordinary book, “From Pap Smear to the HPV Vaccine: The Cervical Cancer Prevention Industry,” with Nova Science Publishers. Don’t be deterred by the plain vanilla title — this book is dynamite. Lee names names and calls out the corruption that has claimed thousands of lives worldwide, all while generating billions of dollars for the patent holders.

In many ways, Lee’s account prefigures the COVID-19 vaccine. Here’s one particularly relevant and explosive excerpt:

“While the word economy in the phrase ‘It’s the economy, stupid!’ was used to remind Bill Clinton and everyone working for him to keep the focus on that issue during his successful 1992 presidential campaign, vaccine is the primary focus of actions for some opportunistic government regulators, academicians and members of a professional society who are de facto party functionaries of the pharmaceutical companies.” (emphasis added)

With exacting detail, Lee describes how powers-that-be, both in government and industry, sidelined the Pap screening test, an effective diagnostic tool for cervical cancer and created diagnostic havoc through the “Bethesda System” — only to follow that testing havoc with much-ballyhooed vaccines to eradicate cervical cancer once and for all. Lee describes how certain individuals in “public-private partnerships” hatched this plan and carried it out.

Lee explains how, based on distorted science, it was possible to sell the HPV vaccine to women when “>90% of HPV infections” are self-cleared and disappear with no residual health consequences on clinical follow-up. Only when the patient’s immune system cannot clear the infection and the HPV infection becomes persistent, cervical carcinogenesis may take place in a small percentage of patients.”

Throughout the book, Lee’s medical and scientific expertise shine through, as well as his moral conscience. He makes clear that corruption in medicine is not only wrong, but deadly:

“Retrospectively, the successful execution of the strategy to market an HPV DNA assay as cervical cancer screening test and an HPV vaccine as cervical cancer vaccine was a well-orchestrated ruse. It required cooperation of various key players from government regulatory agencies, collaborators in the medical profession and vaccine manufacturers for a common goal which is to profit from a newly created multi-billion dollar HPV industry.” (emphasis added)

Lee includes a typical letter from a young woman injured by Gardasil. Her injuries, like those of so many, are manifold, complex and life-altering.

“I consented and reacted to the Gardasil HPV vaccine at 17 years old developing several autoimmune diseases (lupus, rheumatoid arthritis, raynauds) POTS, inappropriate sinus tachycardia, high blood pressure, intractable migraines, food intolerances to red meat and dairy, IBS, etc., and cervical cancer requiring a hysterectomy by age 24. I would like to inquire about how to have my blood tested for the presence of the HPV-16 l1 fragment and any costs associated with this testing. I have been unable to find treatment or recovery as my health continues to deteriorate. Thank you in advance for any answers you can provide.”

Lee concludes that medicine has long since ceased being a profession and has instead become a business, to the detriment of consumers and patients. The driving concerns today are profit and liability protection, not health.

Lee condemns the sloppy diagnostic tests that federal agencies developed and approved that have replaced Pap screening and have led to many false positive diagnoses of cervical lesions or cancer, leading to unnecessary and sometimes harmful surgery.

Some of the same problems have arisen in the COVID-19 era of false molecular test results. False negative and false positive results can lead to fatal consequences, as Lee has explained directly to the FDA. Lee argues that “[t]he outbreak of COVID-19 and its pandemic in the U.S. demonstrated that government bureaucracy and healthcare industry are incapable of making the best decisions for individual citizens.”

The book also includes an insightful preface by Dr. James Lyons-Weiler, another scientist who has written about distorted and inaccurate science on HPV vaccines.

Lee’s book has only one drawback: its price. Presumably with a medical audience in mind, the publishers have set a price of $230 per book. Interested readers should reach out to Nova Publishers, asking them to make an e-book form available, so that it is accessible to all those who want it.

Children’s Health Defense supports Robert F. Kennedy, Jr. and the Baum Hedlund firm in lawsuits against Merck for Gardasil injury. They are seeking jury trials across the country. The Defender has recently reported on seven cases Kennedy and Baum Hedlund have filed against Merck.

Children’s Health Defense is deeply grateful to Lee for this important book, telling the truth about the tragedy and travesty of the HPV vaccine. 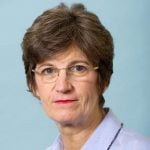