More Man-Made Pandemics and Pushing Kids to the Front Lines: ‘This Week’ With Mary + Polly 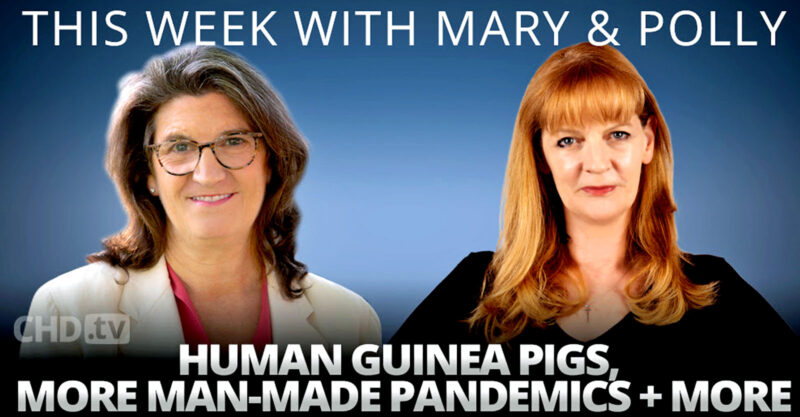 Polly and Mary also discussed that children ages 5 to 11 are now eligible to receive a COVID-19 booster aimed at both the original virus that causes COVID-19 and the omicron BA.4 and BA.5 variants.

Plus, Brian Hooker, Ph.D., called the decision by U.S. public health officials to authorize the untested vaccines for young children “preposterous,” adding, “It is time to stop this criminal experiment on America’s children.”

Also on tap this week: Pfizer and Marvel this month released a customized Avengers comic book that urges people to become an “everyday hero” by staying up-to-date with the latest Pfizer COVID-19 booster shots.