After Florida’s surgeon general last week recommended against administering mRNA COVID-19 vaccines to males ages 18 to 39 based on an analysis showing an increased risk of cardiac death, MedPage Today was quick to publish an article criticizing the analysis. 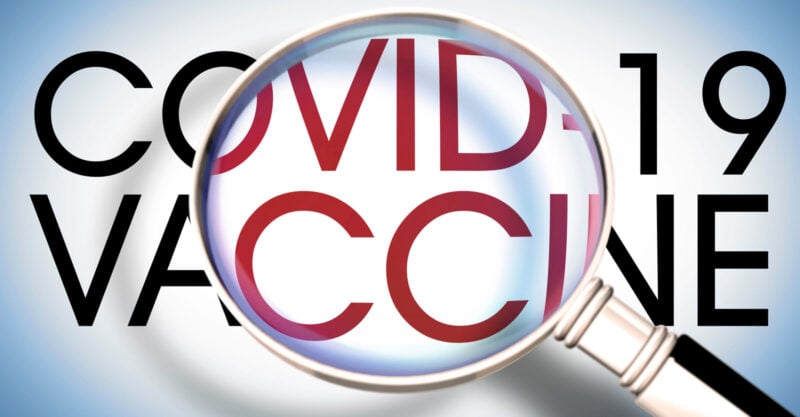 Ladapo’s guidance was based on an analysis through a self-controlled case series — a technique originally developed to evaluate vaccine safety — conducted by the Florida Department of Health.

In one such example, MedPage Today ran this article on Oct. 10.

Here I will respond to the criticisms voiced by Kristen Panthagani, M.D., Ph.D., of Yale University, and Dr. Frank Han,  who commented on the analysis for the MedPage Today article.

“Frank Han, MD, of Northwestern Medicine in Chicago, noted that the codes were included regardless of whether they were the primary cause of death, ‘meaning you can die of a blood clot but also have mild myocarditis.’

“The Florida Department of Health has the ability to review charts to corroborate the ICD [international classification of diseases] codes from the death certificates used, but it didn’t do that, Han said — something that was admitted in the paper’s limitation section.”

Han makes a good point. Based on death certificate data alone, it is impossible to identify the primary cause of death.

However, that was not the intent of the study. The toxicity of the mRNA vaccines is still yet to be quantified and understood.

This was a preliminary study, designed to capture possible safety signals. There were nearly 51,000 deaths.

A thorough investigation of these individuals’ medical records by qualified medical professionals with an established protocol to adjudicate the cause of death would take much more time and resources at a time when the rest of the country is blindly moving forward with vaccination assuming that there is no risk.

Han’s criticism could also be leveled against the Centers for Disease Control and Prevention.

For example, testing positive for COVID-19 at the time of death does not mean COVID-19 is the cause of death. In other words, “you can die of a blood clot but also have mild COVID-19.”

However, vaccine proponents have no problem with this methodology — even though it will clearly exaggerate the threat of the disease.

In any case, we can see the myopia in Han’s perspective. How can he know, in his example, that the vaccine was not responsible for the blood clot AND the myocarditis in a given death?

Nevertheless, this limitation was specifically mentioned in the study.

“Kristen Panthagani, MD, PhD, of Yale University in New Haven, Connecticut, questioned the use of certain cardiac-related ICD codes, and why some diagnoses, such as ischemic heart disease, weren’t included, while others were, such as cardiac arrest, which ‘can be the terminal event for many different diseases, not just cardiac issues.’”

This is a frivolous criticism in my opinion. Is she saying that if every cardiac ICD code was included the results would be different? How can she know that?

The study uses a self-controlled case series (SCCS) method, which means the death rates of age-stratified, vaccinated individuals are measured over different time periods with respect to vaccination.

If anything, broadening the scope of cardiac conditions under consideration would likely increase the signal, not diminish it.

Nonetheless, it is neither scientific nor prudent to dismiss this study on the grounds that not every cardiac condition was included. That’s like saying that because every single condition was not evaluated it is best to throw away the results around the conditions that were assessed.

Panthagani’s criticism of the non-specific nature of cardiac arrest is similar to Han’s. This study is looking at association, not causation.

It is true that cardiac arrest can be the terminal event for many different diseases — but why is it occurring more in the 28 days following vaccination? That’s the takeaway.

“In addition, she added that the study didn’t appropriately control for whether people had COVID-19, thus ‘susceptibility to COVID confounded their analysis, and COVID (not COVID vaccination) very well could have contributed to some of these deaths.’”

This criticism is mystifying. What would be the appropriate way to control for whether people had COVID-19? She doesn’t say.

However, the study explicitly excluded those with documented infection. How can she say that the infection could have contributed to some of these deaths? Is there a better way to control for COVID-19 beyond taking it out of the equation entirely?

“Panthagani also noted that there were only 20 deaths among men ages 18 to 39 during the risk period, meaning that if ‘even just a few of these have another cause (which is highly likely), they lose statistical significance.’”

True, but so what? The point is that even given the small number of deaths in this age group it was still statistically significant. That’s the whole point of calculating statistical significance.

Inherent in her statement is the narrow vision that pervades the conventional perspective. How does Panthagani know that these deaths would have been highly likely to be caused by something other than the vaccine?

The whole point of the study is to see if there is an association between the vaccine and deaths, which there is.

Dismissing the findings because the deaths could have been due to something else is a biased perspective.

What types of causes of death in a young person can she say would undoubtedly be due to something other than the vaccine? Suicide? Homicide? Accidents? Those were all excluded from the study.

The study shows association, not causation. This is true of the vaccine’s protective benefit as well. There is no proof that the vaccine “causes” protection from COVID-19, there’s just an association based on numbers alone.

There is no way to dismiss the mRNA vaccines as a potential causative agent in the increased cardiac mortality in young men based on this study alone.

But the study was conducted when the vaccines first rolled out, a time when their efficacy was greater because they are targeted to the ancestral strain that was pervasive at the time. It is logical that the protective benefit of the jab is less now.

Florida’s updated guidelines do not recommend against vaccinating males under the age of 40. They recommend against vaccinating these young men with mRNA vaccines specifically. Why would it be irresponsible to take precautionary measures until more data can be obtained? Is there some reason why the safety profile of mRNA vaccines cannot be questioned?

There is no way to know if some of the cardiac mortality in the 21-week period after the four-week at-risk period was also due to the vaccine. The study is showing us the lower limit on vaccine risk of cardiac events.