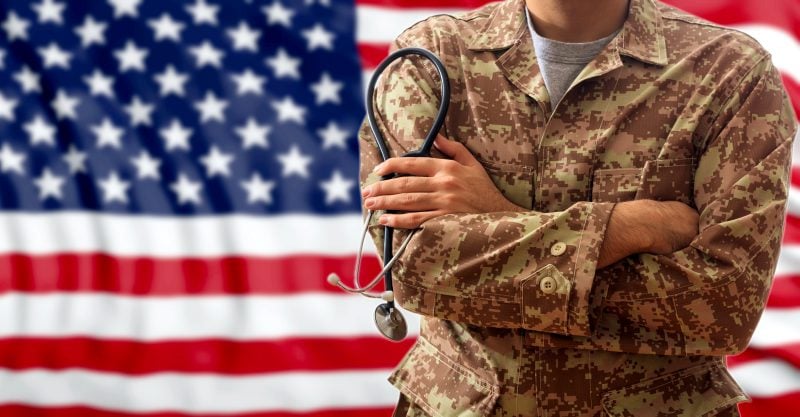 As the former commanding officer of the Headquarters and Headquarters Detachment of the 36th Medical Evacuation Battalion, I recommend urgent caution for military commanders with orders to have all soldiers vaccinated with the experimental SARS-CoV-2 vaccine.

My concerns include the legality of a mandate, lack of treatment protocols and surveillance for adverse reactions, and a research-based risk assessment.

Under Emergency Use Authorization, state governments cannot mandate the SARS-CoV-2 vaccine in the civilian sector. A military mandate would require demonstration that the military sector had a compelling justification for a mandate. Healthy, young service members are not an at-risk group as they are not obese, not over the age of 65 and do not have comorbidities that cause complications from respiratory diseases.

The SARS-CoV-2 vaccine currently is not approved by the U.S. Food and Drug Administration (FDA). Even with a pending warp-speed FDA approval in the next month, the military, which still hasn’t rectified the failures, summarized here, of its Anthrax Vaccine Immunization Program (AVIP) isn’t in a position to implement a safe SARS-CoV-2 program. The Pfizer and Moderna SARS-CoV-2 vaccines, both of which use new mRNA technology, have much more potential for reactogenicity than the anthrax vaccine.

In short, federal courts have set precedent that mandating experimental vaccines in the military is illegal. As I wrote in a previous article:

“In 2008, the federal court affirmed that the FDA, [U.S. Department of Health and Human Services] HHS and [Department of Defense] DOD allowed an illegal AVIP program by mandating an experimental anthrax vaccine for military personnel that was not licensed for use against inhalation anthrax, nor approved for use by a presidential waiver.”

The illegal anthrax vaccine mandate caused adverse health outcomes in thousands of service members, triggered a retention crisis among pilots and imposed disciplinary actions under the Uniform Code of Military Justice against service members who refused an experimental and highly reactogenic vaccine.

All of these outcomes are likely to reoccur under a SARS-CoV-2 mandate. The HHS distribution plan will allow for millions of people to take the SARS-CoV-2 vaccine within a short period of time before any signals of adverse reactions are identified.

A military mandate would also have to demonstrate compelling reason to remove the right of service members to vaccine exemption by confirming with blood titers testing that they have antibody immunity.

Virologists at the La Jolla Institute of Immunology reported to the New York Times in November 2020 regarding coronavirus:

“Eight months after infection, most people who have recovered still have enough immune cells to fend off the virus and prevent illness, the new data show. A slow rate of decline in the short term suggests, happily, that these cells may persist in the body for a very, very long time to come.”

The researchers reported that natural immunity can last years.

Policy on treatment protocols and surveillance for adverse reactions

Commanders should reject any plan to mass vaccinate service members with the SARS-CoV-2 vaccine without an active surveillance policy in writing to review. That policy should include a phased roll-out of the vaccine, a screening form for contraindications, vaccine exemptions (for medical contraindication, religious and personal belief accommodations, and those who are immune), education for service members on how to report adverse reactions to the Defense Medical Surveillance System, and training for medical providers on safe vaccine storage along with treatment protocols for adverse reactions.

The lack of established treatment protocols for immune backfiring known as Antibody Dependent Enhancement, when antibodies enhance uptake of the virus instead of neutralizing, should set off alarms for this entire mRNA vaccine program.

Review of the research-based risk assessment

Commanders should demand to see a research-based risk assessment from DOD on the SARS-CoV-2 vaccine. This risk assessment should be compared to the alternative “no vaccine mandate” course of action for a virus with a 99.9% survival rate.

Some of the hazards previously identified in mRNA animal research include liver damage in ferrets, enhanced respiratory disease in mice and ADE lung damage in monkeys. Furthermore, service members of child-producing ages, both male and female, should be informed that developmental and reproductive toxicity has not been established in this vaccine.

Since the U.S. has sidestepped identifying mitigating controls in animal trials for COVID vaccines, then the research implores that all humans should be screened for potential vaccine-induced autoimmunity, and health providers to be prepared for both excessive swelling and pathological clotting.

Safety precautions, as outlined in the study “mRNA Vaccines — a New Era in Vaccinology,” include:

“However, recent human trials have demonstrated moderate and in rare cases severe injection site or systemic reactions for different mRNA platforms. Potential safety concerns that are likely to be evaluated in future preclinical and clinical studies include local and systemic inflammation, the biodistribution and persistence of expressed immunogen, stimulation of auto-reactive antibodies and potential toxic effects of any non-native nucleotides and delivery system components. A possible concern could be that some mRNA-based vaccine platforms induce potent type I interferon responses, which have been associated not only with inflammation but also potentially with autoimmunity. Thus, identification of individuals at an increased risk of autoimmune reactions before mRNA vaccination may allow reasonable precautions to be taken. Another potential safety issue could derive from the presence of extracellular RNA during mRNA vaccination. Extracellular naked RNA has been shown to increase the permeability of tightly packed endothelial cells and may thus contribute to oedema. Another study showed that extracellular RNA promoted blood coagulation and pathological thrombus formation. Safety will therefore need continued evaluation as different mRNA modalities and delivery systems are utilized for the first time in humans and are tested in larger patient populations.”

Given that the SARS-CoV-2 vaccine is designed to reduce symptoms and not to prevent infection or transmission, the military lacks a compelling justification for a vaccine mandate for members who are not at risk of virus complications.

This virus does not pose the fatality risks of anthrax or smallpox biological weapons in 2001. There has not been an “imminent risk” established within the military regarding COVID19 over the past six months, during which time  the virus has downgraded in virulence.

In accordance with medical ethics, the chain of command is required to give service members choice in medical treatment with well-established efficacy and demonstrated safety. In 2005, the Journal of Virology reported that hydroxychloroquine was a “potent” treatment for SARs coronavirus, in “Chloroquine Is a Potent Inhibitor of SARS Coronavirus Infection and Spread.” Zinc was also established in 2010 to inhibit coronavirus and block replication of virus cells. Trace element zinc is revered as “Nature’s Gift to Fight Unprecedented Global Pandemic COVID-19” in 2020 research and is associated with reduced in-hospital mortality for COVID-19.

In conclusion, the fast tracking of the SARS-CoV-2 vaccine for a probable mandate in the military will result in an unparalleled dilemma for commanders, with prodigious legal, medical, safety and ethical considerations that will clash with the DOD decision makers who have historically favored pharmaceutical vaccine contracts over medical choices of individuals.