A U.S. Food and Drug Administration advisory panel on Tuesday voted narrowly to recommend Emergency Use Authorization of Merck’s five-day pill to treat COVID, despite the panel expressing a host of concerns about the drug’s safety and efficacy. 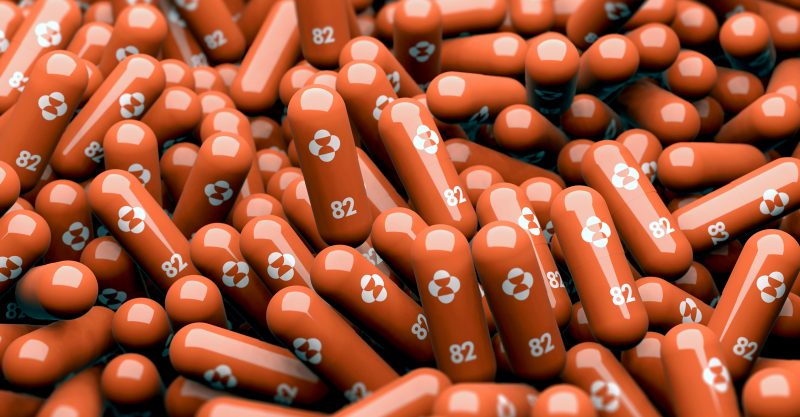 The drug, molnupiravir, sold under the brand name Lagevrio and developed with Ridgeback Biotherapeutics, is an antiviral medication that inhibits the replication of certain RNA viruses, including SARS CoV-2.

Potential patients would take an 800-milligram pill every 12 hours for five days after COVID symptoms begin.

The FDA and Centers for Disease Control and Prevention must both sign off before the drug is granted EUA and made available to the public.

The FDA panel “recommended Merck’s treatment be authorized for people with COVID who are at high risk of becoming severely ill. That would most likely cover tens of millions of Americans who are older or have medical conditions such as obesity, diabetes or heart disease,” The New York Times reported.

Molnupiravir was given in clinical trials to people allegedly infected with the variants Delta, Mu and Gamma, according to The Times.

Dr. Nicholas Kartsonis, a Merck executive, said that with the newly discovered variant, Omicron, “we expect based on what we know … that molnupiravir would be effective.”

Just a few days prior to the vote, study data was released showing the effectiveness of the treatment declining from earlier data.

According to The Hill:

“The drug manufacturer filed for an Emergency Use Authorization last month after its study suggested molnupiravir reduced the risk of hospitalization by 50%. But updated data from Friday showed a 30% reduction in hospitalizations among more participants.”

The federal government in June signed a $1.2 billion contract with Merck while the experimental treatment was still in clinical trials, according to ABC News. That contract was to purchase treatments for 1.7 million people. But the government has since increased that contract, agreeing to purchase “3.1 million courses of the drug, with the option to purchase more,” The Hill reported.

A number of FDA panelists, including some who voted to recommend the molnupiravir, expressed hesitation about the drug.

“Many members of the advisory committee described the vote as a difficult one, in which they had to carefully weigh the risks and benefits of a drug that could help those most at risk but raised many unanswered questions. Several committee members recommended that Merck’s emergency use authorization be revisited and potentially withdrawn if another treatment becomes available later.”

Dr. David Hardy, who voted to recommend the drug, said there’s a “need for something like this” but admitted the “efficacy of this product is not overwhelmingly good.”

Lindsey Baden, the committee’s chairman, made similar statements calling it “an incredibly difficult decision” with “more questions than answers.”

Dr. Sankar Swaminathan, who voted against recommendation, said more research was needed on how the drug will affect human DNA and the potential for it to cause birth defects.

“The risk of widespread effects on potential birth defects, especially delayed effects on the male, have not been adequately studied,” Swaminathan said.

“Even if the probability is very low, 1 in 10,000 or 100,000, that this drug would induce an escape mutant from which the vaccines we have do not cover, that could be catastrophic for the whole world actually.”

Molnupiravir was already approved in the UK even as similar concerns were expressed.

“You are putting a drug into circulation that is a potent mutagen at a time when we are deeply concerned about new variants. I can’t imagine doing anything more dangerous…. If I were trying to create a new and more dangerous virus in humans, I would feed a subclinical dose [of molnupiravir] to people infected.”

Too many unknowns and potential risks?

As new treatments garner approval despite questionable data, public health officials continue to reject, and in some cases prohibit the use of, older, safe and well-known drugs.

Studies have shown the safety and efficacy of inexpensive drugs, such as oral hydroxychloroquine and povidone-iodine throat spray and ivermectin and doxycycline monotherapy, for treating COVID.

In fact, doctors who have treated COVID patients from the beginning have reported successful results with drugs that have been readily available and in use for years.

Dr. Meryl Nass, a member of Children’s Health Defense (CHD) scientific advisory board, in an email told The Defender:

“We are witnessing another FDA charade, as its Pharma-connected advisory committee members narrowly voted to authorize molnupiravir.

“Plucked from the antiviral boneyard, molnupiravir went through a series of transfers that magically converted it from a failed drug developed at taxpayer expense to a blockbuster drug for Merck and its partner, Ridgeback.”

Molnupiravir reduced hospitalizations by only 30%, is clearly less useful than monoclonal antibodies and works “nowhere near as well as multiple other drugs for COVID,” Nass said.

Nass said molnupiravir’s mechanism of action is inducing mutations — in viruses, but “maybe in us too, as postulated by several FDA committee members.”

“It’s simply another dangerous drug that will help the federal health agencies look like they are doing something, while doing nothing to curtail the pandemic,” Nass said. “And because it is being authorized, instead of being licensed, anyone injured by the drug cannot sue for damages and is unlikely to collect any benefits.”

“The biggest problem, though, is the continued governmental, medical and media suppression of existing, off-patent drugs, including ivermectin and hydroxychloroquine. These products are known to be safe, effective, affordable and available. Authorizing Merck’s new bonanza while suppressing safer, more effective, less expensive alternatives points up the abject failure of the FDA to protect public health.”

The answer to why this new drug is being authorized for emergency use may very well come down to the incentives.

Ivermectin is actually produced by Merck, but because of government rules Merck would be unable to profit off the drug.

“Due to generic drug substitution rules at pharmacies, Merck could spend millions of dollars to get a COVID-19 indication for ivermectin and then effectively get zero return,” according to David Henderson and Charles Hooper.  “What company would ever make that investment? Ivermectin is an old, cheap, off-patent drug. Merck will never make much money from ivermectin sales.”

“We plan on giving money to a drug company for a drug that is in no way going to surpass what we already have available right now and can be used. That money should instead be given to supply ivermectin to the country. This is a colossal waste of taxpayer money.”

American taxpayers funded the development of molnupiravir through a $19 million grant from the National Institute of Allergy and Infectious Diseases (NIAID), according to The Intercept.

The cost to produce one molnupiravir treatment is $17.74 to Merck but the purchase contract to the U.S. government is $712 per treatment, The Intercept reported.

Meanwhile, Merck expects to make up to $7 billion in profit from the drug for which U.S. taxpayers funded the development and production.

Similar profit motives were apparent in the approval of remdesivir. Despite concerns addressed by the World Health Organization, the NIAID’s Director Dr. Anthony Fauci was calling it the “standard of care” as drug company Gilead’s initial sales projections from the drug last year were $3 billion. 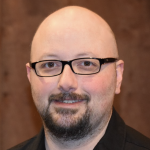