FDA’s War Against the Truth on Ivermectin

Ivermectin may or may not be a miracle drug for COVID-19, but the U.S. Food and Drug Administration doesn’t want us to learn the truth. 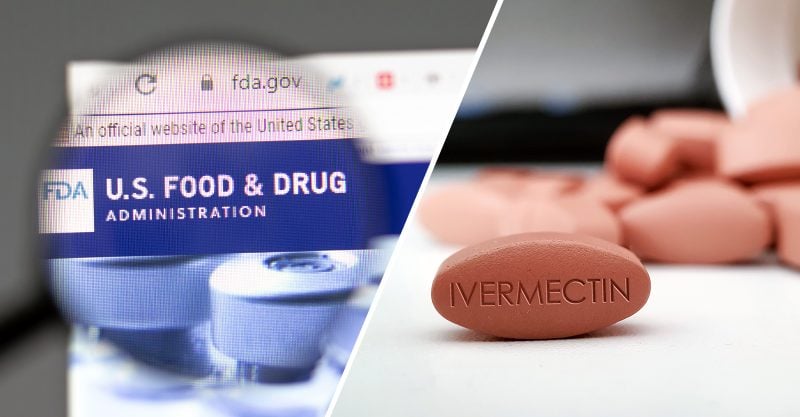 On July 28, the Wall Street Journal ran our article “Why Is the FDA Attacking a Safe, Effective Drug?” In it, we outlined the potential value of the antiparasitic drug ivermectin for COVID-19, and we questioned the U.S. Food and Drug Administration’s (FDA) vigorous attack on ivermectin.

Many people praised us and many criticized us. We had clearly covered a sensitive subject. It didn’t help that one of the studies we referenced was retracted shortly before we submitted our article.

Within hours of learning that fact, we sent a mea culpa to the Journal’s editors. They acted quickly, adding a note at the end of the electronic version and publishing our letter.

It’s important to address two criticisms of our work. The first is that we exaggerated the FDA’s warning on ivermectin. The second is that Merck’s stance on ivermectin proved that even the company that developed ivermectin thought that it doesn’t work for COVID-19.

First, we didn’t exaggerate the FDA’s warning on ivermectin. Instead, the agency changed its website after our article was published, probably to reflect the points we made.

Ivermectin was developed and marketed by Merck & Co. while one of us (Hooper) worked there years ago. Dr. William C. Campbell and Professor Satoshi Omura were awarded the 2015 Nobel Prize for Physiology or Medicine. They earned it for discovering and developing avermectin.

Later Campbell and some associates modified avermectin to create ivermectin. Merck & Co. has donated four billion doses of ivermectin to prevent river blindness and other diseases in areas of the world, such as Africa, where parasites are common.

The 10 doctors who are in the Front Line COVID-19 Critical Care Alliance call ivermectin “one of the safest, low-cost, and widely available drugs in the history of medicine.”

Ivermectin is on the World Health Organization’s List of Essential Medicines and ivermectin has been used safely in pregnant women, children and infants.

Ivermectin is an antiparasitic, but it has shown, in cell cultures in laboratories, the ability to destroy 21 viruses, including SARS-CoV-2, the cause of COVID-19.

Further, ivermectin has demonstrated its potential in clinical trials for the treatment of COVID-19 and in large-scale population studies for the prevention of COVID-19.

Contradicting these positive results, the FDA issued a special statement warning that “you should not use ivermectin to treat or prevent COVID-19.”

The FDA’s warning, which included language such as, “serious harm,” “hospitalized,” “dangerous,” “very dangerous,” “seizures,” “coma and even death” and “highly toxic,” might suggest that the FDA was warning against pills laced with poison.

In fact, the FDA had already approved the drug years ago as a safe and effective anti-parasitic. Why would it suddenly become dangerous if used to treat COVID-19?

Further, the FDA claimed, with no scientific basis, that ivermectin is not an antiviral, notwithstanding its proven antiviral activity.

Interestingly, at the bottom of the FDA’s strong warning against ivermectin was this statement:

“Meanwhile, effective ways to limit the spread of COVID-19 continue to be to wear your mask, stay at least 6 feet from others who don’t live with you, wash hands frequently, and avoid crowds.”

Was this based on the kinds of double-blind studies that the FDA requires for drug approvals? No.

After some critics claimed that we overstated or overreacted to the FDA’s special warning, we reviewed the FDA’s website and found that it had been changed, and there was no mention of the changes nor any reason given. Overall, the warnings were watered down and clarified.

We noticed the following changes:

The new warning from the FDA is more correct and less alarming than the previous one.

In a statement from February, Merck, the company that originated and still sells ivermectin, agreed with the FDA that ivermectin should not be used for COVID-19.

“We do not believe that the data available support the safety and efficacy of ivermectin beyond the doses and populations indicated in the regulatory agency-approved prescribing information.”

To some, this appeared to be a smoking gun. Merck wants to make money, they reason, and people are interested in using ivermectin for COVID-19, therefore, Merck would warn against such usage only if the scientific evidence were overwhelming. But that’s not how the pharmaceutical industry works.

The FDA judges all drugs as guilty until proven, to the FDA’s satisfaction, both safe and efficacious. By what process does this happen?

The FDA waits for a deep-pocketed sponsor to present a comprehensive package that justifies the approval of a new drug or a new use of an existing drug.

For a drug like ivermectin, long since generic, a sponsor may never show up. The reason is not that the drug is ineffective — rather, the reason is that any expenditures used to secure approval for that new use will help other generic manufacturers that haven’t invested a dime.

Due to generic drug substitution rules at pharmacies, Merck could spend millions of dollars to get a COVID-19 indication for ivermectin and then effectively get zero return. What company would ever make that investment?

With no sponsor, there is no new FDA-approved indication and, therefore, no official recognition of ivermectin’s value. Was the FDA’s warning against ivermectin based on science? No. It was based on process.

Like a typical bureaucrat, the FDA won’t recommend the use of ivermectin because, while it might help patients, such a recommendation would violate its processes. The FDA needs boxes checked off in the right order.

If a sponsor never shows up and the boxes aren’t checked off, the FDA’s standard approach is to tell Americans to stay away from the drug because it might be dangerous or ineffective. Sometimes the FDA is too enthusiastic and these warnings are, frankly, alarming. Guilty until proven innocent.

There are two reasons that Merck would warn against ivermectin usage, essentially throwing its own drug under the bus.

While off-label prescribing is widespread and completely legal, it is illegal for a pharmaceutical company to promote that use. Doctors can use drugs for off-label uses and drug companies can supply them with product.

But heaven forbid that companies encourage, support or promote off-label prescribing. The fines for doing so are outrageous. During a particularly vigorous two-year period, the U.S. Department of Justice collected more than $6 billion from drug companies for off-label promotion cases.

Another reason for Merck to discount ivermectin’s efficacy is a result of marketing strategy. Ivermectin is an old, cheap, off-patent drug. Merck will never make much money from ivermectin sales.

Not coincidentally, Merck recently released the clinical results for its new COVID-19 fighter, molnupiravir, which has shown a 50% reduction in the risk of hospitalization and death among high-risk, unvaccinated adults. Analysts are predicting multi-billion-dollar sales for molnupiravir.

While we can all be happy that Merck has developed a new therapeutic that can keep us safe from the ravages of COVID-19, we should realize that the FDA’s rules give companies an incentive to focus on newer drugs while ignoring older ones.

Ivermectin may or may not be a miracle drug for COVID-19. The FDA doesn’t want us to learn the truth.

The FDA spreads lies and alarms Americans while preventing drug companies from providing us with scientific explorations of existing, promising, generic drugs. 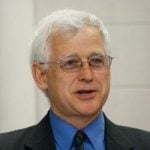 David R. Henderson is a Senior Fellow with the American Institute for Economic Research. 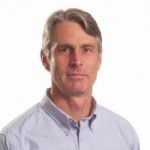