The Omicron Variant: Much Ado About Nothing?

The World Health Organization is warning the Omicron variant can spread more quickly than other variants. That’s likely true, but based on science, that doesn’t mean the variant is more lethal than Delta or others — in fact, it’s probably more mild. 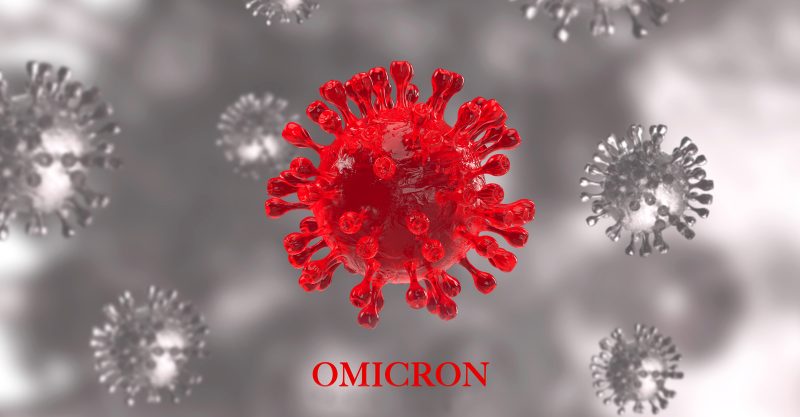 With natural exposure immunity and early outpatient treatment, and when combined with no reports of increased lethality, the World Health Organization’s (WHO) reaction of generating panic toward “Omicron” is causing needless fear and panic.

So, too, with the Biden administration’s newly imposed travel restrictions, which will achieve nothing and will once again disrupt trade and violate human rights.

The WHO has said the Omicron variant can spread more quickly than other variants. Likely true. The virus is behaving just like how viruses behave.

They are mutable and mutate, and via the Muller’s ratchet theory, we expect these to be milder and milder mutations, not more lethal ones given the pathogen seeks to infect the host and not arrive at an evolutionary dead end.

The virus will mutate downward so that it can use the host (us) to propagate itself via our cellular metabolic machinery. The Delta variant has shown us this: It is very infectious and mostly non-lethal — specially for children and healthy people.

So is the WHO panicking the globe needlessly? Is this COVID-19 February 2020 once again?

The problem with South Africa, similar to  Australia and New Zealand and even island nations like Trinidad, is that South Africa has low natural immunity to SAR-CoV-2.

This is because, as we witnessed over the last year and more, if you lock down your society too long and too hard, you deny the nation and population from inching closer to population-level herd immunity.

And you have no economy or society from which to reemerge. You devastate your society for a pathogen that is largely harmless to the vast majority of people, especially children.

Moreover, governments asked us for two weeks to flatten the curve to help prepare hospitals so that they can tend to surges and other non-COVID illnesses. We as societies gave our governments two weeks, not 21 months.

They failed to tend to the non-COVID illnesses, and we locked down the healthy and well (children and young and middle aged healthy persons) while failing to properly protect the vulnerable and high-risk persons such as the elderly.

We failed and it was like killing fields in our nursing homes.

This failure rests on public health messaging and government. Additionally, what did our governments in the U.S., Canada, UK, Australia etc. do with the tax money for the hospitals and personal protective equipment (PPE), etc.?

These nations thought that they could stay locked down and wait for a vaccine. This is a reasonable view, though I was against lockdowns as they would and did cause crushing harms on especially poor persons and children.

The problem is there was an opportunity cost because the vaccine we were waiting on was suboptimally developed without the proper safety testing or assessment of effectiveness.

We have data that the Pfizer vaccine loses 40% of antibodies per month, meaning in 3 months post-shot, you have low effective vaccinal immunity.

We see it clearly playing out now whereby you got to tamp down spread with the draconian lockdowns, but you did it at the cost of natural immunity.

That is the opportunity cost. So we spent on getting the vaccine and it cost us natural immunity and thus herd immunity. For example, the vaccine has failed to stop infection and spread against Delta.

We have research findings that reveal the vaccines have very suboptimal efficacy:

This situation of the vaccinated being infectious and transmitting the virus has also emerged in seminal nosocomial outbreak papers by:

These studies have also revealed that the PPE and masking were essentially ineffective within the healthcare setting. All of the healthcare workers were double-vaccinated, yet there was extensive spread to themselves and their patients.

In addition, the following studies collectively reveal the poor efficacy and even negative efficacy of the COVID vaccines:

Levine-Tiefenbrun et al. reports that the viral load reduction effectiveness declines with time after vaccination, “significantly decreasing at 3 months after vaccination and effectively vanishing after about 6 months.”

As an example, the Swedish study (retrospective with 842,974 pairs (N=1,684,958) is of interest and particularly concerning for it shows that while the vaccine provides temporary protection against infection, the effectiveness declines steadily and researchers report:

“Vaccine effectiveness against symptomatic COVID-19 infection wanes progressively over time across all subgroups, but at different rates according to type of vaccine, and faster for men and older frail individuals.”

A further example emerges from Ireland whereby reporting suggests the Waterford city district has the state’s highest rate of COVID-19 infections, while the county also boasts the highest rate of vaccination in the republic (99.7% vaccinated).

Reports are that the U.S. COVID-19 deaths for 2021 surpassed the deaths from 2020, leading some to state that “more people have died from COVID-19 in 2021, with most adults vaccinated (and nearly all seniors), than in 2020 when nobody was vaccinated.”

Thus these nations that locked down and stayed that way are in a quandary for they do not know what to do now. If you open you will get surges in infection.

We have a lot of natural immunity in the U.S., e.g., near 65-70% of the population. The open states (those that did not lock down too long and too hard and opened quickly) will likely do very well with this Omicron or any new variant. This also is the power of natural immunity.

And we need not forget the potency of the overlooked “innate” immunity with the innate antibodies and innate natural killer cellular compartment.

This innate response is particularly potent in children (our first line of defense against pathogens) and is what has spared children from COVID. Children typically stave off pathogens, especially young children still laying down immunological memory.

Moreover, there is no reporting of increased virulence/lethality of this new Omicron variant, and this will remain the case based on what we’ve seen from Delta and prior variants.

There are no guarantees, but we operate based on risk and all things point to the same for this new variant.

Just because there might be a wave in South Africa does not mean there will be waves in the U.S. or Israel or other places with greater natural immunity. This was the prize of letting people enjoy day-to-day living.

The nations that have ended lockdowns are likely to move past this new variant scare, and be fine. This is more of an overreaction by the WHO and governments and much ado about nothing. 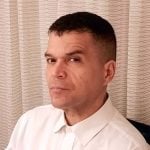