A new preprint study showed mRNA vaccines’ effectiveness plummeted in July when Delta variant was dominant — with Moderna only 76% effective and Pfizer only 42% effective against infection. 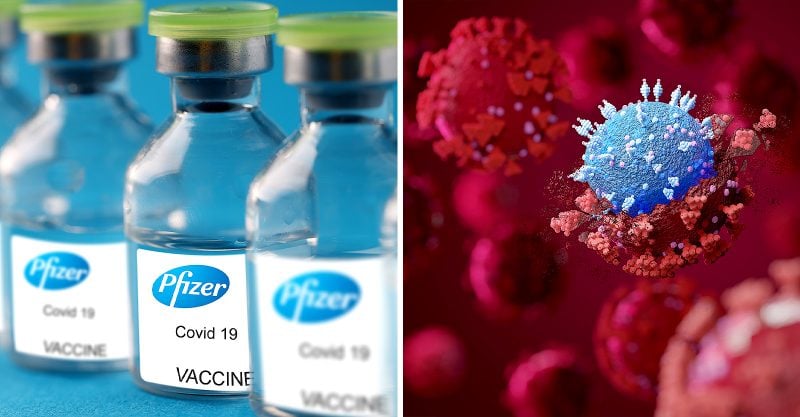 A new preprint study that raises concerns about the effectiveness of mRNA COVID vaccines — particularly Pfizer’s — against the Delta variant has caught the attention of top Biden administration officials, Axios reported.

The study found Pfizer-BioNTech’s vaccine was only 42% effective against infection in July, when the Delta variant was dominant. “If that’s not a wake up call, I don’t know what is,” a senior Biden official told Axios.

The study, which has yet to be peer-reviewed, compared the effectiveness of Moderna and Pfizer COVID vaccines in the Mayo Clinic Health System from January to July 2021, during which time either the Alpha or Delta variant were highly prevalent.

According to data from multiple states, breakthrough infections were less likely among the Moderna cohort versus the Pfizer cohort, and the rate of hospitalization was lower among those vaccinated with Moderna compared with Pfizer. The authors found that COVID-associated ICU admission rates were comparable.

But vaccine efficacy dropped sharply in July, when the Delta variant was more prevalent. Moderna was only 76% effective against infection and Pfizer was only 42% effective.

“We observed a pronounced reduction in the effectiveness of BNT162b2 [Pfizer] coinciding with the surging prevalence of the Delta variant in the United States, but this temporal association does not imply causality,” Venky Soundararajan and his co-authors wrote.

The authors concluded “further evaluation of mechanisms underlying differences in their effectiveness such as dosing regimens and vaccine composition are warranted.”

The two shots both use mRNA technology, but Moderna is given in a stronger dose than Pfizer, and there is a slightly different time interval between shots, Axios reported.

“There are a few differences between what are known to be similar vaccines … None of these variables is an obvious smoking gun, although the dosing amount seems the most likely to be a factor,” said Cornell virologist John Moore.

In a statement to Axios, Pfizer said it and BioNTech “expect to be able to develop and produce a tailor-made vaccine against that variant in approximately 100 days after a decision to do so, subject to regulatory approval.”

For months Pfizer has anticipated booster doses of its COVID vaccine assuring investors as early as February 2021 that the company could make significant profits by charging higher prices and implementing routine booster doses for new variants of the virus.

The vaccine maker said it sees this not as a one-time event, but “as something that’s going to continue for the foreseeable future.”

U.S. health agencies said in July, there’s no evidence to suggest a booster is needed, but it may be appropriate for special risk groups in the future, including elderly people and transplant recipients.

Federal public health officials said they would continue to monitor the situation.

Pfizer executives met privately with U.S. senior scientists and regulators on July 12, to press their case for quick authorization of COVID booster vaccines amid pushback from federal health agencies.

Officials said after the meeting more data — and possibly several more months — would be needed before regulators could determine whether booster shots were necessary.

During a July 28 second-quarter earnings call, Pfizer also announced plans to start an immunogenicity and safety study in August to evaluate an updated version of its current vaccine. The new version is specifically designed to target the Delta variant — pending regulatory approval.

On July 12, Israel health officials announced they would begin offering a third shot of the Pfizer’s COVID vaccine to people over 60 in an effort to slow the spread of the Delta variant.

According to Channel 12 News, ​​Internal Health Ministry data as of Aug. 12 showed 14 Israelis had been infected with COVID a week after receiving a booster shot.

The network said 11 of those infected were 60 or older, and two were hospitalized — while the other three received a third dose because they are immunocompromised.

If confirmed in larger samples, the Internal Health Ministry said figures could cast doubt on the effectiveness of the booster shot, which Israel started administering before major health agencies around the world approved it.

Dr. Anthony Fauci, director of the National Institute of Allergy and Infectious Diseases and chief medical advisor to President Biden, said Sunday he is hopeful the FDA will give full approval to Pfizer’s vaccine by the end of August.