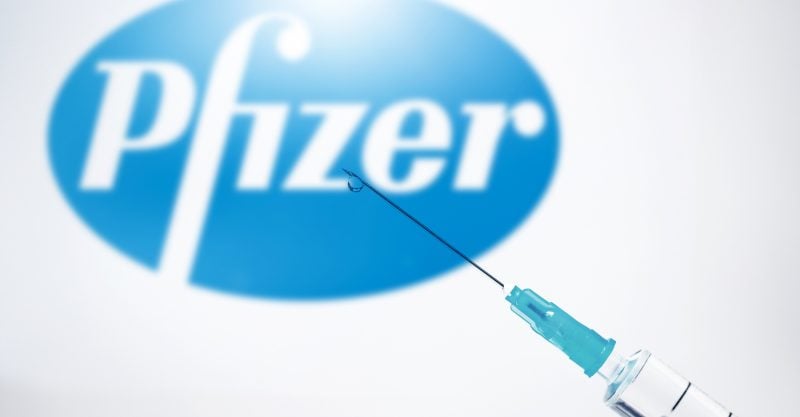 After meeting with Pfizer executives Monday, U.S. regulators said they are still not ready to recommend COVID vaccine booster shots.

“Nothing has really changed,” Dr. Anthony Fauci, director of the National Institute of Allergy and Infectious Diseases, told CNN’s Chris Cuomo after the meeting.

Pfizer executives met privately with U.S. senior scientists and regulators Monday evening to press their case for quick authorization of COVID booster vaccines amid pushback from federal health agencies who last week said the extra doses are not needed.

Officials said after the meeting that more data — and possibly several more months — would be needed before regulators could determine whether booster shots were necessary.

The meeting was largely seen as a courtesy after Pfizer’s announcement last week that it would seek Emergency Use Authorization for its booster shot led to unusual pushback from the FDA and CDC.

U.S. federal health agencies and the maker of one of the most popular COVID vaccines are publicly at odds over whether fully vaccinated people will soon need a third booster shot.

The two agencies responded to Pfizer’s news in a joint statement, issued last week by the U.S. Department of Health and Human Services (HHS), in which they said fully vaccinated Americans don’t need boosters right now and the science is lacking.

“The CDC and the FDA said that based on the data that we know right now, we don’t need a boost,” Fauci told CNN Monday. “That doesn’t mean that that won’t change. We might need, as a matter of fact, at some time to give boosters either across the board or to certain select groups, such as the elderly or those with underlying conditions,” Fauci said.

Officials said any recommendations about booster shots are likely to be scaled, even within age groups. For example, if booster shots are recommended, they might go first to nursing home residents who received their vaccines in late 2020 or early 2021, while elderly people who received their first shots in the spring might have a longer wait, The New York Times reported.

Then there is the issue of what kind of booster will be needed: a third dose of the original vaccine, or a shot tailored to the Delta variant.

“It was an interesting meeting,” Fauci said. “They shared their data. There wasn’t anything resembling a decision. This is just one piece of a much bigger puzzle, and it’s one part of the data, so there isn’t a question of a convincing case one way or the other.”

“We had a productive meeting with U.S. public health officials on the elements of our research program and the preliminary booster data in our ongoing trials. Both Pfizer and the U.S. government share a sense of urgency in staying ahead of the virus that causes COVID-19, and we also agree that the scientific data will dictate next steps in the rigorous regulatory process that we always follow.”

Pfizer said it would be publishing “more definitive data in a peer-reviewed journal and continuing to work with regulatory authorities to ensure that our vaccine continues to offer the highest degree of protection possible.”

According to The New York Times, HHS, which convened the meeting, issued its own statement reiterating the administration’s stance. “At this time, fully vaccinated Americans do not need a booster shot,” the agency said.

An HHS spokesperson told CNN the CDC and FDA take laboratory data, clinical trial data, cohort data — which can include data from specific pharmaceutical companies, but do “not rely on those data exclusively.”

The administration is prepared for booster doses if the science demonstrates they are needed, the spokesperson added, and will continue to review any new data as it becomes available.

Prior to Monday’s meeting, Dr. Scott Gottlieb, former FDA commissioner and current board member at Pfizer, told CBS News updated efficacy numbers from the Israeli Ministry of Health led Pfizer to seek Emergency Use Authorization for a booster dose of its COVID vaccine.

Israel’s health ministry said in a statement last week it had seen the efficacy of Pfizer’s vaccine drop from more than 90% to about 64% as the Delta variant spread.

As a result, Israel started administering a third dose of Pfizer’s COVID vaccine to immunocompromised people and heart transplant patients — despite the vaccine’s link to heart inflammation.

WHO says Pfizer should focus on improving access to vaccine, not boosters

World Health Organization (WHO) officials insisted there was not enough evidence to show the need for third doses of COVID vaccines. They said Pfizer should concentrate instead on improving vaccine access around the world, The Guardian reported.

“We are making conscious choices right now not to protect those in need,” Ghebreyesus said, adding that people who have yet to receive a single dose should be prioritized. He  called on Pfizer and Moderna to “go all out to supply COVAX, the Africa Vaccine Acquisition Task Team and low- and middle-income countries.”

Dr. Soumya Swaminathan, chief WHO scientist, said: “At this point … there is no scientific evidence to suggest that boosters are definitely needed.”

Swaminathan said the WHO would make recommendations on booster shots “based on the science and data, not on individual companies declaring that the vaccines should now be administered as a booster dose.”

Pfizer stands to benefit financially if booster doses are needed, according to The Motley Fool which wrote: “The more COVID vaccine doses are required, the higher the companies’ sales will be and the better its vaccine stocks will likely perform.”

According to YAHOO Finance, Pfizer has recently experienced an increase in support from the world’s most elite money managers. Among these funds, Diamond Hill Capital held the most valuable stake in Pfizer — worth $407.3 million at the end of the fourth quarter.

In second place was New York-based hedge fund Two Sigma Advisors, which amassed $387.2 million worth of shares. Citadel Investment Group and AQR Capital Management — an investment management firm dedicated to delivering results for its clients — became one of the largest hedge fund holders of the company.

In terms of the portfolio weights assigned to each position, Healthcare Value Capital allocated the biggest weight to Pfizer.

Specific money managers include Marshall Wace LLP, which invested $56.1 million in the company at the end of the quarter, and Steven Boyd’s Armistice Capital, which made a $43.5 million investment in the stock during the quarter.

As The Defender reported July 9, Pfizer CEO Albert Bourla has said for months a booster would likely be needed within a year of the initial two-dose inoculation — followed by annual vaccinations, even as public health officials and academic scientists said it wasn’t clear yet when a booster would be needed.

Booster shots for COVID are expected to serve as a key revenue driver in the years to come for Pfizer and its primary rival in the U.S., Moderna. Pfizer in May projected global sales of its COVID vaccine to reach $26 billion in 2021.

The company has also been frank that its current pricing — $19.50 per dose in the U.S. — is temporary. On an earnings call in February, Frank A. D’Amelio, Pfizer’s executive vice president of global supply, assured investors the company sees the vaccine market evolving as the pandemic wanes, and will likely be able to charge more per dose than it was getting under pandemic supply deals.

Pfizer has been working on two different booster strategies it anticipates could carry sales beyond the immediate pandemic need: a third 30 mg dose of its current vaccines and an updated vaccine that targets the South African variant.

The company said it would begin testing a booster shot specifically programmed to combat the Delta variant in August, reaffirming concerns by scientists who predicted in April that pharmaceutical companies like Pfizer, would create a vaccine treadmill with continuous booster shots targeted at emerging variants — which is music to the ears of investors.