An investigation by The DisInformation Chronicle exposes one of the most heavily trafficked public relations sites promoting fake science, vaccines and Monsanto. 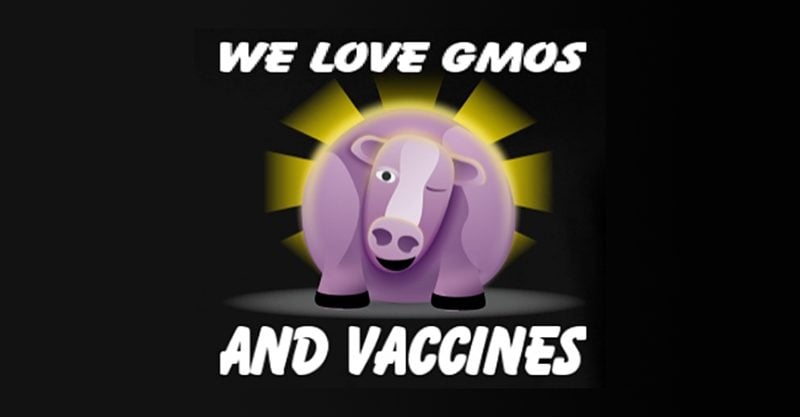 An investigation by The DisInformation Chronicle into websites and social media uncovered a web of disinformation promoted by a network operating under the brand, “We Love GMOs and Vaccines.”

Industries such as tobacco, fossil fuel companies and pharma have long used the tactic of deploying supposedly “independent” sites to serve as public relations venues that attack critics and promote fake science.

The Facebook site for “We Love GMOs and Vaccines” grew to almost 200,000 followers in just five years, all while operated by Stephan Neidenbach, who claims to be a middle school teacher without any ties to public relations firms.

This Facebook page served as a staging ground to launch online campaigns against perceived threats, including journalists, activists and professors who promoted organic agriculture or who criticized corporations or pesticides.

“A fellow who is a middle school teacher bullying a distinguished university professor over his research — an academic who does this for a living — is completely incongruous,” book author and New York University (NYU) professor Nassim Taleb told The DisInformation Chronicle.

After Taleb published a research article and New York Times essay about the potential dangers from GMO agriculture, “We Love GMOs and Vaccines” began running photos of Taleb that compared him to Hitler. Monsanto trolls also began contacting NYU to have Taleb fired.

“We Love GMOs and Vaccines” began an online bullying campaign against book author and contributing Guardian columnist Carey Gillam after she wrote the book, “Whitewash: The Story of a Weed Killer, Cancer and the Corruption of Science.” To harm her book sales, Neidenbach began posting negative reviews on Amazon. The book went on to win the Rachel Carson Book Award from the Society of Environmental Journalists.”

One of “We Love GMOs and Vaccines” favorite tactics is filing dozens of Freedom of Information Act (FOIA) requests on academics to intimidate them into silence. After UC-San Francisco began archiving Monsanto documents showing the company’s misbehavior, Neidenbach filed a FOIA to get the professors’ communications.

The only mainstream journalist to have promoted “We Love GMOs and Vaccines” is Brandy Zadrozny of NBC News, who oddly characterized the Facebook page as working “to combat growing misinformation on Facebook.”

“When people invent and spread false information with the intention of harming someone’s personal life or career, they should be exposed and held accountable,” Gillam told The DisInformation Chronicle.

Read the full investigation of “We Love GMOs and Vaccines” at The DisInformation Chronicle.