If implemented, the EU plan to ban thousands of chemicals will be the largest-ever regulatory removal of authorized chemicals anywhere. The ban would include 2,000 harmful chemicals found in baby diapers, pacifiers and childcare products. 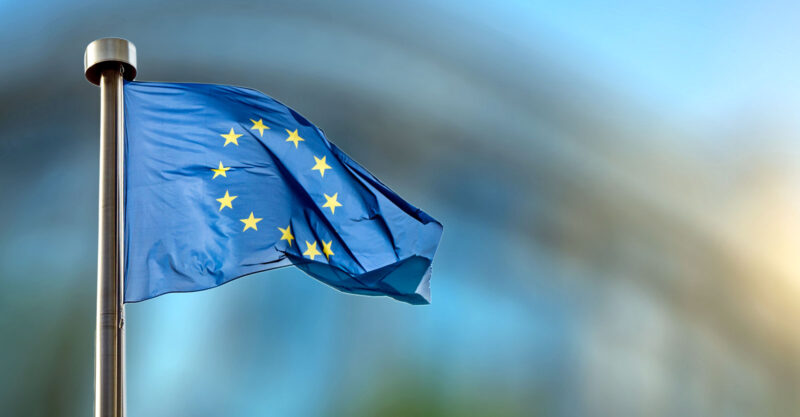 Thousands of the most notorious chemicals will be rapidly banned in Europe, the European Commission announced last week, as part of the zero-pollution goal in the  European Union’s (EU) Green Deal.

If implemented, the action will be the largest-ever regulatory removal of authorized chemicals anywhere and covers chemicals that environmental, consumer and health groups have fought against for decades.

The plan announced today, called the Restrictions Roadmap, is a political commitment to use existing laws to ban all flame retardants, chemicals that are frequently linked to cancer, and all bisphenols, widely used in plastics but which disrupt human hormones.

It will also ban all forms of PVC, the least recyclable plastic that contains large amounts of toxic additives and restrict all PFAS “forever chemicals,” plus around 2,000 harmful chemicals found in baby diapers, pacifiers and childcare products.

European officials are unhappy that some 12,000 chemicals known to cause cancer and infertility, reduce vaccine effectiveness and generate other health impacts are still widely found in products, including sensitive categories like baby nappies and pacifiers.

Some chemicals on the roadmap list were already facing EU restrictions, but most are new. The banning process for all chemicals on the list will begin within two years. All substances will be gone by 2030, the EEB estimates.

Industry raised a “storm of protest” over early drafts of the plans and is expected to try to water them down. Chemicals make up the fourth-largest industrial sector in the EU, with firms owned by some of Europe’s richest and most powerful men.

Industry association CEFIC acknowledged in December that as many as 12,000 chemicals, present in 74% of consumer or professional products, have properties of serious health or environmental concern.

“What Von der Leyen’s Commission has announced today opens a new chapter in facing down the growing threat from harmful chemicals. This ‘great detox’ promises to improve the safety of almost all manufactured products and rapidly lower the chemical intensity of our schools, homes and workplaces. It is high time for the EU to turn words into real and urgent action.”

An estimated 200,000 chemicals are used in Europe. Global chemicals sales more than doubled between 2000 and 2017 and are expected to double again by 2030.

Daily exposure to a mix of toxic substances is linked to rising health, fertility and developmental threats, as well as the collapse of insect, bird and mammal populations.

Some 700 industrial chemicals are found in humans today that were not present in our grandparents. Doctors describe babies as born “pre-polluted.”

Official polling finds 84% of Europeans worried about the health impact of chemicals in products and 90% about their impact on the environment.

Traditionally, the EU regulates chemicals one by one, an approach that has failed to keep up with the industrial development of a new chemical every 1.4 seconds. The EU has banned around 2,000 hazardous chemicals over the last 13 years, more than any other world region.

But these restrictions apply to very few products, such as cosmetics and toys. Roughly the same substances will now be banned from childcare items, a larger product group than toys or cosmetics. In addition, most other chemical groups targeted in the roadmap will apply to many product groups, greatly expanding regulatory impact.

The roadmap will step up a group approach to regulating chemicals, where the most harmful member of a chemical family defines legal restrictions for the whole family. That should end an industry practice of tweaking chemical formulations slightly to evade bans.