The Centers for Disease Control Wednesday announced a “drastic” overhaul of the agency after admitting to failures in its management of the COVID-19 pandemic. But some critics said the plan isn’t adequate and suggested replacing the agency with a public health model that operates independently from Big Pharma. 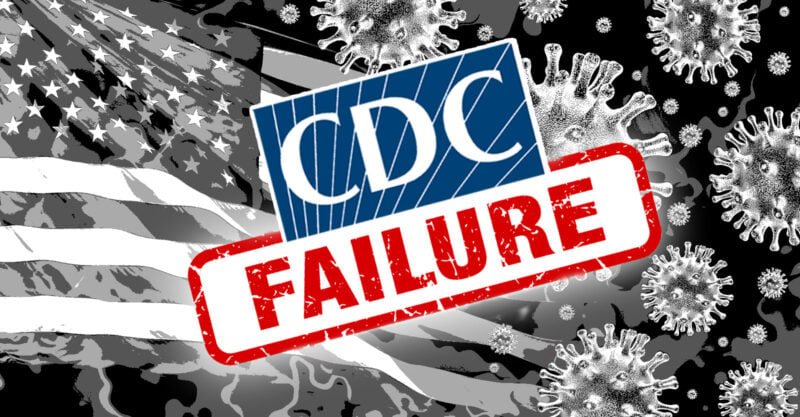 The Centers for Disease Control (CDC) Wednesday announced a “drastic” overhaul of the agency aimed at modernizing it and rescuing its reputation after widespread criticism of its COVID-19 response and, more recently, the monkeypox outbreak.

“For 75 years, CDC and public health have been preparing for COVID-19, and in our big moment, our performance did not reliably meet expectations,” CDC Director Dr. Rochelle Walensky said in an email to the agency’s 11,000-person staff.

Walensky said the overhaul will focus on making the agency more nimble and responsive to needs that arise in health emergencies.

The CDC in a statement said it has never in its 75-year history “had to make decisions so quickly, based on limited and evolving science,” and that the agency’s traditional scientific and communication processes were “not adequate to effectively respond to a crisis the size and scope of the COVID-19 pandemic.”

According to CBS News, Walensky’s proposed internal changes include:

In a summary provided to The Hill, the CDC said it is considering restructuring its website and producing “plain language guidance” because its “guidance documents are confusing and overwhelming; the website is not easy to navigate.”

To implement the internal reforms, Walensky appointed Mary Wakefield, who served as acting deputy secretary of the U.S. Department of Health and Human Services (HHS) during the Obama administration, to lead the effort.

She also proposed external changes that will require congressional action, such as requiring states to report their disease outbreak data to the CDC.

“My goal is a new, public health action-oriented culture at CDC that emphasizes accountability, collaboration, communication, and timeliness,” Walensky said.

However, plans about how the CDC will be held accountable — and by whom — remain unclear as of yet.

Did an ‘external’ review of the CDC prompt overhaul plans?

Walensky’s announcement — which CDC leaders called a “reset” — came as no surprise since she took over the agency at the beginning of President Biden’s term with promises of a “reinvigorated US response to the COVID-19 pandemic,” Bloomberg reported.

In April, she initiated a review to evaluate the CDC’s structure, systems and processes,  commissioning Jim Macrae, a senior HHS official, to lead the review.

From mid-April to early June, Macrae interviewed 120 CDC staffers and individuals outside the agency, a senior CDC official on Wednesday told The Washington Post.

CDC Chief of Staff Sherri Berger also conducted a review during this time, according to Politico.

Walensky so far has received only an “oral briefing” on Macrae’s findings. However, she worked “over the last few months” with a “small group of internal and external advisers” to “evaluate the review’s findings and plan the overhaul.”

As of Wednesday, a full report of the review’s findings had not been released to the public.

However, according to a CDC statement provided to Politico, the reviews concluded that the “traditional scientific and communication processes were not adequate to effectively respond to a crisis the size and scope of the COVID-19 pandemic.”

Critics of the CDC plan questioned whether the overhaul will effectively address the governmental agency’s problems.

“The CDC, frankly, hasn’t been transparent or accountable,” Dr. Daniel Pollock, an epidemiologist who worked at the agency for 37 years before retiring in November, in part due to frustrations with its pandemic response, told Bloomberg.

Pollock, who led the CDC unit responsible for national surveillance of healthcare-associated infections and antimicrobial use from 2004-2021, wasn’t consulted as part of the review and said he was “not expecting that it’s going to change things.”

Jason Schwartz, a health policy researcher at the Yale School of Public Health, pointed out that the federal failings go beyond the CDC because the White House and other agencies were heavily involved.

Schwartz told the New York Post he thinks the CDC’s reorganization is a positive step but “I hope it’s not the end of the story.”

Others, including James Lyons-Weiler, Ph.D., research scientist and author, said the changes are just an escalation of the deeper problem of governmental agencies colluding with pharmaceutical companies to lower scientific testing standards.

Commenting on the CDC’s plan to restructure its communications office and websites to make the agency’s guidance for the public clearer, Lyons-Weiler wrote on Substack:

“We’ve been hearing this for decades. ‘If only our messaging was clearer.’

“No. Try ‘Make our messaging more independent of Pharma’s agendas, reduce the role of considerations of profitability, and try to make sure that what we see actually reflects empirical reality.’”

Lyons-Weiler, president and CEO of the Institute for Pure and Applied Knowledge, an advocacy group that pushes for accuracy and integrity in science and for biomedical researchers to put people’s health before profits, also said:

“Among the changes is lowering the standards of the level of evidence used to make regulatory decisions. Sigh.

“Please tell your Senators about #PLANB. THAT [original emphasis] is a #Reset.”

The document, Lyons-Weiler said, provides “a blueprint for a bona fide public health infrastructure based on independence of freedom from corporatism.”

According to Lyons-Weiler, the CDC claims to work for the “greater good” when, in fact, it serves for-profit corporate interests.

“Since the US CDC was founded, an unholy alliance has infiltrated public health in the US — euphemistically referred to as ‘industry/government partnerships’ and ‘Not-for-Profit’ government entities — the wicked marriage has infused profit motives into US government agencies charged with regulating medical and pharmaceutical industries.

“Those involved view themselves as agents working toward a ‘greater good’ — notwithstanding, the trappings of perverse incentives and presumed moral dictates, agencies designed by past generations to protect the US population from harm from corporatist tendencies have been completely captured and subverted.”

Rather than overhauling the CDC, which — as Schwartz noted, would fail to address the problems in the other federal agencies — Lyons-Weiler argued that a new public health system needs to be adopted that is decentralized and depoliticized.

“In our mission to return objectivity to science and to the media, we are reminded of the wisdom of Buckminster Fuller: ‘You never change things by fighting the existing reality. To change something, build a new model that makes the existing model obsolete.’”