How Big Pharma Benefits From Our Industrial Food Diet

Skyrocketing rates of obesity and diabetes in the U.S. raise questions about what we’re eating, whether today’s food acts more like a drug and how Big Pharma benefits from our industrial food diet, according to investigative podcaster James Li. 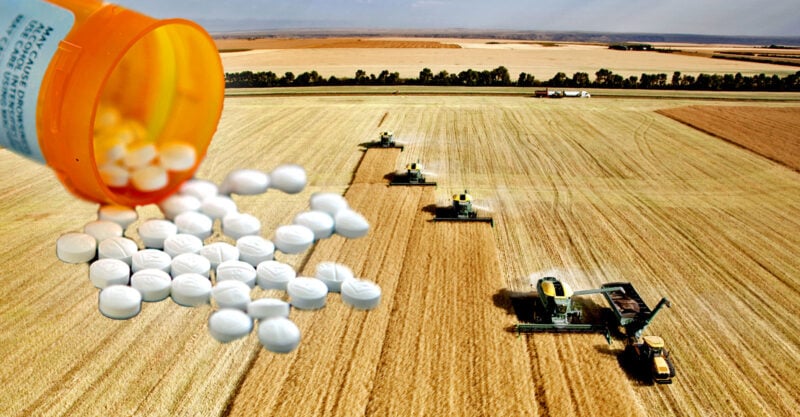 Skyrocketing rates of obesity and diabetes in the U.S. raise questions about what we’re eating, whether today’s food acts more like a drug, and how Big Pharma benefits from our industrial food diet, according to investigative podcaster James Li.

“Is there something about nutrition — the food that we are eating — that is severely impacting our health and causing us to be fatter and sicker than we’ve ever been in history?”

Li discussed research conducted by Denis Burkitt, an Irish surgeon (1911-1993) who — by studying the differences in the feces and overall health of people in Africa compared with people in Europe and North America — hypothesized that people in high-income countries generally have “severely fiber-deficient diets” and related health problems mainly due to the over-processing of natural foods in those regions.

Since Burkitt’s death in 1993, Li said, Burkitt’s hypothesis has been verified and extended by large-scale epidemiological studies showing that fiber deficiency increases the risk of colon, liver and breast cancer and increases all cancer mortality and death from diabetes, cardiovascular, infectious and respiratory diseases, and all non-cardiovascular, non-cancer causes.

“We sure have talked an awful lot about science over the past several years,” Li said. “This, however, is probably some of the most fascinating research I’ve come across.”

“But for some reason,” he added, “it gets almost no coverage and we have to wonder — why?”

Li pointed out that grains — such as rice and wheat — naturally have fiber in them, but this fiber is typically removed by industrial food companies when they process the grains to make consumer products.

“Is it not extremely frustrating that so many solvable problems in our society stem from the fact that solving that problem would necessarily disrupt a very profitable financial scheme?”

While one would hope U.S. regulatory agencies would emphasize the importance of dietary fiber and limit the amount of highly processed food products allowed in the market, Li said there is a systemic problem in which “the U.S. Food and Drug Administration — who are supposed to advocate on behalf of consumers — is itself in large part funded by Big Pharma.”

Indeed, the American Academy of Pediatrics on Jan. 9 issued new clinical guidelines for treating childhood obesity that included recommendations for physicians to offer weight-loss drugs and surgery to obese children.

Having spent decades optimizing the speed with which their products delivered nicotine to the brain, Li said, Big Tobacco then “continued to harness that science in their food products” by turning food into “another addictive drug.”

With little to no protein, fiber or water content to slow them down, Li said, highly-processed foods are engineered to “hit your taste buds and light up your reward and motivation centers in the brain immediately” — and that’s followed by “a secondary hit of dopamine when it gets absorbed into the body.”

“That doesn’t even sound like they’re talking about food anymore — it’s like they’re describing some kind of super drug that they genetically modified to hack our brains.”