The American Academy of Pediatrics’ new clinical guidelines for treating childhood obesity recommend weight-loss drugs and surgery, prompting some to ask why the academy is focused on profit-generating treatments rather than addressing the root causes. 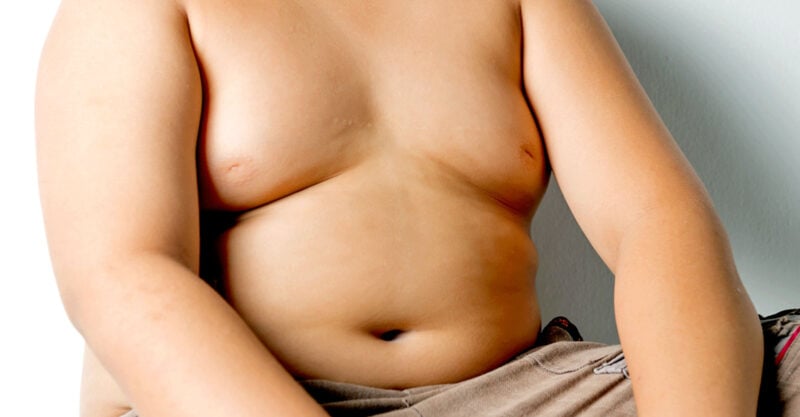 The guidelines, amended for the first time in 15 years, highlight the “complex genetic, physiologic, socioeconomic, and environmental contributors” to obesity — but the recommendations focus on treatment rather than prevention and don’t address potential adverse effects of medications and surgeries.

“While we applaud the AAP for addressing the grave issue of childhood obesity, their newest recommendations are misguided and negate the root causes,” Dr. Michelle Perro told The Defender.

For many years, the AAP unsuccessfully promoted the “diet and exercise” mantra while obesity rates continued to soar, Perro said.

Perro, a pediatrician, executive director of GMO Science and author of “What’s Making Our Children Sick?: How Industrial Food Is Causing an Epidemic of Chronic Illness, and What Parents (and Doctors) Can Do About It,” added:

“What has not been addressed are the obesogens in American children’s meals, substances that produce obesity, lurking in their food at home as well as school, caused mostly by pesticides and plastics. The cause of the metabolic disorder of obesity is that it is an environmental disease.

“Unless we remove the pesticides and other toxicants, the promotion of drugs and surgery are panaceas, bandaids, and foster the ‘pill for ill’ model, rather than root-cause real solutions.”

Mary Lou Singleton, midwife and family nurse practitioner, told The Defender the new AAP guidelines “offered no meaningful analysis or explanation of what is driving the childhood obesity epidemic.”

“I found no mention of the massive changes in the U.S. food supply that correlate with the skyrocketing rates of obesity among children and adults alike …

“The document fails to address the school lunch program, which is providing a significant amount of the calories U.S. schoolchildren are eating weekly. Most schoolchildren in the U.S. are fed plastic-wrapped, chemically-preserved, pesticide-laden food made in factories months or years earlier. In addition to the sugar, the chemicals in these foods have endocrine-disrupting obesogenic properties.”

The new AAP guidelines recommend against a “watchful waiting” approach that may delay treatment, instead directing pediatricians and other providers to treat obesity early — referring children ages 6 years and older and potentially those ages 2 to 5 years who are overweight or obese for intensive health behavior and lifestyle treatment.

The guidelines also recommend that obese children 12 and older be offered weight-loss medications alongside health behavior and lifestyle treatments and that doctors refer severely obese children 13 and older to surgeons to evaluate whether they would be good candidates for metabolic and bariatric surgery.

They also state that pediatricians may consider weight-loss medications for children as young as 8 to 11 years old.

Overweight and obese children and adolescents should also be evaluated for related comorbidities, the guidelines also state.

Devastating side effects for kids, big profits for Big Pharma

The guidelines offer consensus recommendations on the use of pharmacotherapy for children ages 8 and up, and provide a list of potential medications.

As of March 2021, the only U.S. Food and Drug Administration-approved pharmacotherapies for obesity were orlistat and liraglutide in children 12 and older and phentermine in teens 16 and older, according to an AAP study.

GlaxoSmithKline’s orlistat, which blocks fat absorption, has shown “modest results” for weight loss in teens, but may cause intolerable gastrointestinal side effects and possible fat-soluble vitamin deficiency.

Phentermine is approved only for short-term therapy and may increase heart rate and blood pressure and cause irritability and insomnia. Long-term studies of their use in children are not available.

The AAP guidelines also recommend metformin, a diabetes drug approved for children ages 10 and up, which hasn’t been approved as a weight-loss drug, though it has been used off-label for that purpose in children.

Studies of metformin’s effect on weight loss in children have shown mixed results. Side effects include lactic acidosis, a metabolic condition that can be life-threatening. Up to 50% of patients who take metformin experience diarrhea.

One of the more recently approved drugs on the list being promoted for adolescents is an expensive, well-marketed, once-weekly injectable — semaglutide — sold under the brand name Wegovy and manufactured by Novo Nordisk.

The study was funded by Novo Nordisk.

“Based on the study’s own findings, this drug should never be recommended for children despite the reduction in BMI,” Perro told The Defender, “because the risk outweighs the benefit.”

Perro said the study’s findings “ignore the adverse events … which seems to be a popular trend in the promotion of new drug therapies in children.”

This class of recommended drugs, known as glucagon-like peptide-1 receptor agonists — which include exenatide, dulaglutide, and semaglutide — have been found to cause thyroid cancer in mice. The drugs also have been linked to pancreatitis and even pancreatic cancer in adults.

Glucagon-like peptide-1 receptor agonists drugs are injectable medications administered weekly, so if a child is having a severe reaction the drug cannot be removed from their system, Singleton noted.

As The Defender reported in August 2022, as obesity rates rise — in children and adults — Big Pharma can expect windfall profits.

According to Fierce Pharma, analysts at Morgan Stanley Research told clients, “Drugmakers like Eli Lilly and Novo Nordisk are poised to unlock a global obesity market that could be worth more than $50 billion by the end of the decade.”

It is not just high drug prices that make obesity a hot market. Since obesity in 2013 was officially classified as a chronic disease, it is now “on the cusp of moving into mainstream primary care management,” said Morgan Stanley — because it can be treated directly instead of treating its consequences, such as diabetes and cardiovascular disease.

“Therefore we expect excess weight and fat loss to become treatment targets for obesity and for treatment guidelines to adopt obesity as a primary target ahead of other associated diseases,” wrote Morgan Stanley analysts, who predicted a $54 billion market within seven-and-a-half years.

Commenting on the AAP surgical recommendations, Singleton told The Defender, “I was shocked to see the AAP state ‘weight loss surgery is safe and effective for pediatric patients.’”

“While children are less likely to experience serious surgical complications than adults, the mortality rate for children undergoing weight loss-surgery is 1 in 500. Most parents would not consider this an insignificant risk,” she added.

According to a major study of pediatric weight loss surgery, the Teen-LABS study, 9.3% of children experienced complications severe enough to require a second surgery and 7.1% had life-threatening complications.

“These body parts are not redundant,” Singleton said. “They serve important purposes in the digestive process. ‘Bypassing’ them means children will permanently be left without the use of these organs. They can never be reintegrated into the digestive system.”

“The AAP is recommending these surgeries for children too young to understand the long-term risks. While removing the majority of the stomach will lead to drastic initial weight loss in nearly all patients, we know that 25 to 50% of adults who undergo weight loss surgery eventually regain all or most of this weight.

“Treating obesity in a patient who has already lost the function of most of their stomach may be the next brave new frontier in the profitable field of weight loss medicine.”

Obesity in U.S. children increasing at an alarming rate

Obesity is one of the most common pediatric chronic diseases in the U.S. According to the Centers for Disease Control and Prevention (CDC), 1 in 5 U.S. children and teens are considered obese.

Childhood obesity rates are even higher among poorer children.

Childhood obesity also is strongly correlated with the risk of adult obesity and poor health, with considerable social and economic consequences.

The proportion of U.S. children who are overweight or obese surged to unprecedented levels during the pandemic, according to CDC data.