The Centers for Disease Control and Prevention’s latest autism report, once again, attributed the rise of autism to “more awareness” rather than a true increase — and as usual, mainstream media fell in line with that narrative. 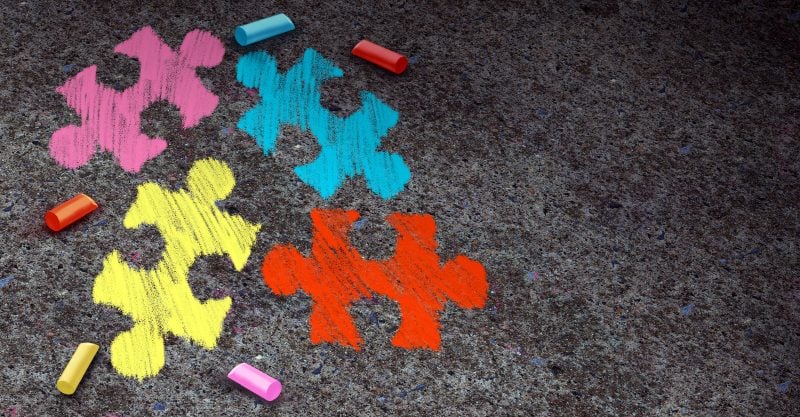 Media and public health officials perpetuated their entrenched practice of gaslighting autism families when earlier this month they trotted out the worn-out canard that a 23% rise in autism prevalence over a two-year period “reflects more awareness … rather than a true increase.”

The basis for this mean-spirited whopper was the Centers for Disease Control and Prevention’s (CDC’s) release of its biennial report on autism prevalence as of 2018.

Notwithstanding the media spin, CDC’s new report cannot hide the fact that autism rates have not stopped rising — and the trend has persisted for decades.

This was acknowledged by the report’s New Jersey author, researcher Walter Zahorodny, who states that U.S. autism prevalence — far from plateauing — “has increased continuously over 20 years.”

Zahorodny, who years ago described the situation as “urgent,” has consistently rejected “better awareness” or “changes in diagnostic criteria” as explanations.

Twenty years (the period of time during which CDC has had its tracking system in place) is itself a gross understatement — autism prevalence in the 1990s (1 in 1,000) already represented a tenfold increase over the condition’s estimated prevalence in the 1970s.

Greeting the new data with a wink and a yawn, the media also ignored the fact that some subgroups and regions are experiencing even more of a “red alert” situation.

Zahorodny called attention, for example, to the finding that autism prevalence for California’s boys is an “unprecedented” 1 in 16 (6.4%) — almost double the dreadful rate of 1 in 28 boys overall (3.6%).

The “Golden State” now has the dubious distinction of having the highest autism rate in the nation.

Although there are any number of environmental toxins that harm children’s neurodevelopment, a preponderance of information from national and international sources pinpoints vaccines as the driving factor behind the autism epidemic.

This information includes the CDC’s own data — despite the agency’s numerous fraudulent attempts to make years of troublesome findings “go away.”

Tragically, officialdom’s willful refusal to acknowledge or address vaccine-autism safety signals is no longer just an ongoing slap in the face to those directly affected — it is now affecting the U.S. population as a whole.

Why? Because CDC and Big Pharma are now using the very same playbook to gaslight victims of COVID vaccine injuries.

In the early 2000s — when autism prevalence had surged to an estimated 1 in 150 children — the National Vaccine Injury Compensation Program (VICP) consolidated 5,400 claims into something called the Omnibus Autism Proceeding (OAP).

The claims were filed by parents who asserted vaccines had injured their children, causing seizures, developmental delays and mitochondrial injuries that ultimately led to a diagnosis of autism.

Under the VICP, vaccine-injured individuals file claims against the secretary of the U.S. Department of Health and Human Services (HHS) in the U.S. Court of Federal Claims Office of Special Masters.

The adversarial process pits petitioners not just against the special masters who adjudicate the claims but also against U.S. Department of Justice (DOJ) attorneys who “defend HHS.”

In the case of the OAP, the special masters told thousands of families they would make a determination about compensation based on nine “test cases” — almost immediately whittled down to six — using them to evaluate three narrowly defined theories of autism causation via vaccine injury.

Knowing that if their conclusions pinpointed vaccination as the likely culprit in even one of the test cases, the VICP might be on the hook to compensate all 5,400 families — an outcome that would have bankrupted the VICP and cast a black cloud over the entire childhood vaccination program — the special masters and DOJ then pulled a couple of fast ones.

After awarding millions to be disbursed over Poling’s lifetime — and admitting vaccines were responsible for her autism — the special masters sealed the documents, so the case “could not be used to establish precedent on any of the other OAP cases.”

In a parallel move to ensure none of the remaining five test cases would lead to compensation, two DOJ attorneys allegedly distorted the views of HHS’s star expert witness, Dr. Andrew Zimmerman.

At the time, Zimmerman wrote an opinion for one of the test cases in which he rejected the proposed vaccine-autism theory of causation in that specific case.

In 2019, however, Zimmerman signed an affidavit disclosing how he had informed the two attorneys during the OAP deliberations that his opinion in that one case was not intended “to be a blanket statement as to all children and all medical science.”

In fact, Zimmerman told the DOJ attorneys, he believed vaccines could indeed cause autism in some children.

As noted by journalist Sharyl Attkisson, Zimmerman’s consequential scientific opinion “stood to change everything about the vaccine-autism debate — if people were to find out.”

To make sure people did not “find out,” Zimmerman was immediately fired as an expert witness.

Even worse, DOJ’s two attorneys intentionally used Zimmerman’s statements — written for the single test case — to misrepresent his broader views, omitting the expert’s stated belief that vaccines can and did cause autism in a subset of children.

This “fraud” allowed the VICP special masters to dismiss out of hand the petitions of all 5,000-plus families.

School districts and municipalities, tasked with providing special education services, are already “drowning” under the burden of coming up with the necessary funding.

Under the circumstances, it is a mystery why the media still get away with making the insulting case that autism awareness and better diagnosis account for the ever-higher numbers of children with autism.

The fact is that autism is, and always has been, a matter of urgent public concern, with wide-ranging impacts on families, communities and society that will endure for decades to come.

Nor is the autism epidemic limited to the United States — other countries, such as Ireland, have produced data that mirror the shocking numbers just reported by CDC for California.

With the experimental COVID shots now blazing an unfortunate trail of death and disability, both in the U.S. and internationally, many more individuals and families are entering the bizarre twilight zone until now largely inhabited by autism families.

Similar to those dealing with autism, the COVID-vaccine-injured are:

In the face of these tragedies, perhaps the only silver lining that can be drawn is that the swelling ranks of the vaccine-injured, along with their families and communities, represent a mighty army — one that is likely to reject continued gaslighting and to push back against corporate malfeasance and genocidal health policies with growing determination and strength.

If one day, an OAP equivalent arises to address the tidal wave of COVID-vaccine-related injuries, this army may make it more difficult for arrogant authorities to carry out their customary dirty tricks.