Don’t Blink or You’ll Miss it: The Prep Act Quietly Gets a Third Amendment, Allowing Pharmacists to Vaccinate Children 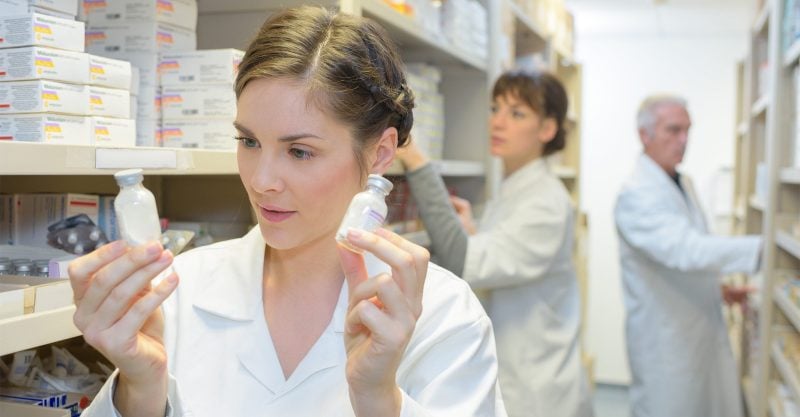 While our nation was busy spending a considerable amount of time discussing racial inequalities (as we should) or wondering whether or not public schools and colleges were going to open or start on-line, or debating the upcoming national political conventions, our federal government, specifically, the Secretary of Health and Human Services (HHS) issued his third amendment to the Public Readiness and Emergency Preparedness Act (PREP). The Act was first put into place this year by a declaration from the Secretary of HHS on March 10, 2020.

The third amendment on August 24th allows pharmacists to administer vaccines to children ages three to 18. Many states had previously established restrictions on who could administer childhood vaccinations.

… a horrible scenario for which pharmacists are clearly not trained to handle.

The announcement of the amendment slipped past me when it occurred as I imagine it did many others, the press having other issues to cover. I was alerted to it when talking with a parent advocate one evening. At first, I couldn’t believe it and then thought it surely must be just for a specific state. Later, I searched the internet to find that the Federal Register listed the action on Monday, August 24, 2020.

Even my home state of Minnesota passed legislation in May, 2020 to allow pharmacists to administer any FDA approved COVID vaccine to children as young as six years of age. This is not a mandate, but rather setting up a horrible scenario for which pharmacists are clearly not trained to handle.

My dad, a pharmacist in North Dakota when I was growing up, mastered the art of compounding pharmaceuticals in the 60s and 70s. Very proud of his profession, he was always busy preparing prescriptions for his customers, trying to interpret various doctors’ handwriting correctly. Yet I doubt that he would enjoy today’s modern pharmacy and think that he would say vaccinations are for doctors, not pharmacists.

This action by the Secretary of HHS allows certain licensed pharmacists (and pharmacy interns who are acting under the supervision of a licensed pharmacist) to order and administer any vaccine that the Advisory Committee on Immunization Practices (ACIP) recommends to persons ages three through 18. This amendment was prompted by a report from the CDC in which it found a significant decrease in rates of routine childhood vaccinations.

Amendments of The PREP Act

Previous amendments of The PREP Act include:

… pharmacies can barely keep up with adults receiving one vaccine at a time.

Setting the stage for disaster

Now for the problems of allowing pharmacists to administer childhood vaccines. Currently, in “vaccine court” the number one petition filed for compensation is for shoulder injury as the result of a vaccination (SIRVA). Most of the injured persons (adults) received influenza or Tdap vaccinations from their local retail pharmacy such as Walgreens, CVS, RiteAid or Target.

If these retail pharmacies cannot properly administer a vaccine to an adult, why would we allow this for children?

One of the biggest problems when filing a petition claiming shoulder injury is the failure of the retail pharmacies to accurately record in the medical records which arm the vaccine was administered and who did it. These pharmacies can barely keep up with adults receiving one vaccine at a time. What happens when a parent brings their child into the business to get several vaccines? Will the pharmacy tech or pharmacist record the date, time, which arm or leg? Probably not.

Will they be able to obtain and examine a thorough review of medical records prior to administering the vaccine? Probably not given what we know from vaccine court petitions.

Most doctors lack any comprehensive training that would prepare them to recognize vaccine injury or adverse reactions in children. Pharmacists receive no such training, setting the stage for disaster.

So why is our government transferring the responsibility of administering vaccines to retail pharmacies instead of doctors’ offices or clinics? It might be in part the pushback from doctors who claim it is not profitable or too costly to administer basic vaccinations in their offices. From their point of view, vaccination would be more cost effective when provided in a pharmacy setting. Here is one of many agendas by our government agencies and medical community that show no regard for the best interest of the people.

I believe that we will see a few more amendments to the PREP Act if Congress will not address the liability issue for businesses, schools, and colleges to open up. There are lawsuits already filed by employees for wrongful death (WalMart) and hospitalizations of employees claiming being infected by COVID while employed.

The big problem here is the PREP Act is being used as a vehicle to circumvent Congress. The real concern is whether or not we’ll see a federal mandate for COVID vaccines at some point in the future via the PREP Act, adopting policy via fiat without proper and necessary public comments and testimony.

We must remain vigilant, we must be prepared to act, and we must educate our elected officials on federal, state and local levels.

The PREP Act is in force until October, 2024 unless revoked by the Secretary of HHS or POTUS.