With experts warning of a mental health crisis among children and adolescents, the American Academy of Pediatrics recommendation may appear sound and reasonable — but depression screening can be dangerous, some experts say. 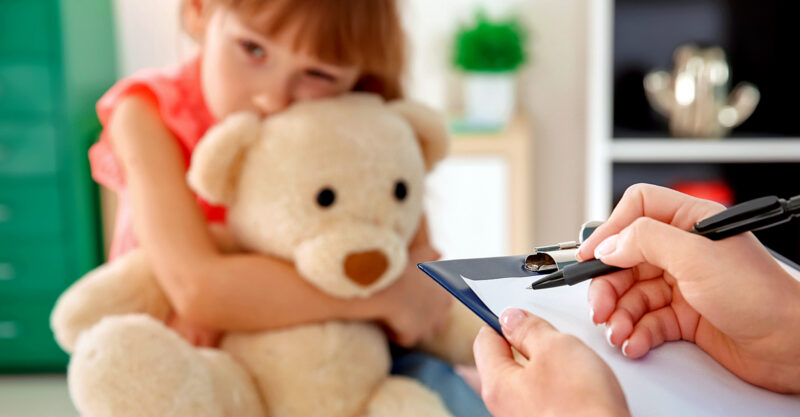 The American Academy of Pediatrics (AAP) this month added recommendations for preventive pediatric healthcare to its 2022 Periodicity Schedule, also known as Bright Futures — including the recommendation to “screen for depression and suicide risk” annually in children starting at birth and up to 21 years.

With experts warning of a mental health crisis among children and adolescents, the AAP’s recommendation, at least on the surface, may seem sound and reasonable.

But depression screening can be dangerous, some experts say.

Dr. Allen Frances, professor and chairman emeritus of the Department of Psychiatry and Behavioral Sciences at Duke University School of Medicine, in 2016 told The Wall Street Journal that depression screening risks medicalization of the “normal” and that “teens may be haunted for life by carelessly applied labels.”

Dr. Edmund Levin, who specializes in adolescent psychiatry, wrote in Adolescent Psychiatry, “Over-diagnosis needs to be considered as a contributor to the trend of increasing percentages of youth being diagnosed and medicated for a variety of mental health conditions, including depression.”

And according to 2019 research in the journal Epidemiology and Psychiatric Sciences,

overmedication is often seen in children in foster care, children from distressed families and those in the juvenile justice system or residential treatment programs.

Psychiatric medications for children have their place on the continuum of treatment options, but could the AAP’s new recommendation result in many more children being prescribed lucrative and dangerous psychiatric drugs — some of which can cause suicide, especially in children, according to their own labels?

The AAP describes itself as “an organization of 67,000 primary care pediatricians, pediatric medical subspecialists and pediatric surgical specialists dedicated to the health, safety and well-being of infants, children, adolescents and young adults.”

Yet a quick look at its top donors reveals companies whose products may sometimes conflict with the “health, safety and well-being of infants, children, adolescents and young adults.”

The AAP is hardly the only well-respected medical association to play both sides of the street — taking drugmaker money while giving “trusted” medical advice.

Nor is it the only association to establish detailed recommendations and screenings for patients — screenings that often directly enrich drugmakers.

For example, “TeenScreen,” a program at Columbia University in New York City that ran from 2003 until 2012, offered free psychiatric services to screen children for suicidal tendencies and emotional problems.

“Many of these would be ‘treated’ with psychiatric drugs, ignoring the fact that many of these very same drugs carry Black Box warning labels, mandated by the U.S. Food and Drug Administration (FDA) because they are known to cause violence and suicide.”

According to the Alliance for Human Research Protection, TeenScreen, which folded in 2012, was a “highly controversial, aggressive, medically dubious mental health screening protocol developed with federal funding…”

“Merck teamed up with kid-friendly groups like Scholastic Press and [gave] money to the American Academy of Pediatrics to train doctors on ‘diagnosing’ and prescribing ‘proper medication’ for asthma,” wrote Fox reporter Tisha Thompson.

The marketing partnerships presented two problems — the obvious conflicts of interest inherent in trusted organizations promoting the sale of prescription drugs for private companies, and the promotion of what turned out to be a drug with a very concerning safety profile.

On Sept. 27, 2019, the FDA held a joint meeting of the Pediatric and Drug Safety and Risk Management Advisory Committees to address growing reports of neuropsychiatric events caused by montelukast in pediatric patients.

The meeting included a lot of talk about black-box warnings.

Testifying at the hearings were parents whose children had experienced severe harm and even killed themselves on the asthma drug.

The parents, who came from groups like the Montelukast Side Effects Support and Discussion Group and Parents United for Pharmaceutical Safety and Accountability, asserted that a black-box warning, not yet added to the montelukast label, would prevent future tragedies.

At the time, the montelukast label warned only against “neuropsychiatric events.”

The parents were successful. On March 4, 2020, the FDA decided to add a “boxed warning” to montelukast due to “an elevated concern regarding the risk of neuropsychiatric events, including suicidal thoughts and actions.”

In a statement provided to Fox News about the conflict of interest, the AAP wrote:

“The American Academy of Pediatrics (AAP) Comprehensive Asthma Program is an independent program promoting the evidence-based guidelines for asthma care from the National Heart, Lung, and Blood Institute (NHLBI). The incidence of asthma in children — especially minority children living in poverty — is steadily increasing.

“The goal of this program is to improve the care of children with asthma by helping pediatricians adopt the NHLBI guidelines in their practices, within the context of a medical home, thereby reducing the rates of emergency department visits, hospitalizations and deaths in children with uncontrolled asthma.”

An educational grant to provide funding came from the Merck Childhood Asthma Network Inc., a non-profit, 501(c)(3) organization headed by Dr. Floyd Malveaux that is separate from Merck & Co.

“The grant provided $651,530 from 2008 through 2011. While the sponsor provided funding for the Comprehensive Asthma Program through an educational grant, the content was determined solely by the AAP, using guidelines from the NHLBI. It is not a conflict of interest. By accepting external grants like this, the AAP is able to disseminate its educational messages to mass audiences.”

Three years after the Singulair scandal, Knight Science Journalism Fellow and Milwaukee Journal Sentinel and MedPage Today reporter John Fauber reported on another suspicious AAP partnership — the AAP endorsed guidelines that recommended particular acne drugs when 13 members on a 15-member panel were “paid consultants or speakers for companies that make the drugs.”

According to Fauber, the co-chairs of the acne guidelines panel that the AAP relied on — Diane Thiboutot, professor of dermatology at Penn State-Hershey, and Lawrence Eichenfield, pediatric dermatologist at the University of California, San Diego School of Medicine — had worked as consultants or speakers for Galderma, the manufacturer of a recommended acne drug. 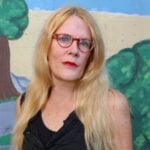