A recent study found that a 5G phone held 3 inches or closer to the body can expose the user to radio frequency limits that exceed those recommended by the International Commission on Non-Ionizing Radiation Protection. 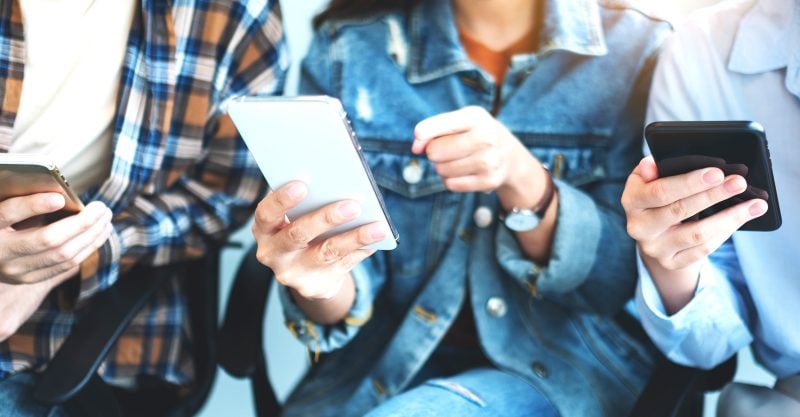 A recent simulation study found that a 5G phone held 3 inches or closer to the body can expose the user to radio frequency limits that exceed those recommended by the International Commission on Non-Ionizing Radiation Protection (ICNIRP).

The study, “Human Electromagnetic Field Exposure in 5G at 28 GHz,” was published in the Nov/Dec 2020 issue of the Institute of Electrical and Electronics Engineers  (IEEE)  Consumer Electronics Magazine.

Joel Moskowitz, Ph.D., director of the Center for Family and Community Health at the University of California, Berkeley, provides an assessment of the study at his website saferemr.com. Moskowitz writes in part:

“This article investigates the human EMF exposure in a 5G system and compares them with those measured in the previous-generation cellular systems. It suggests a minimum separation distance between a transmitter and a human user for keeping the EMF exposure below the safety regulation level, which provides consumers with a general understanding on the safe use of 5G communications.”

ICNIRP is an international standard-setting body whose safety standards for radiation exposure have been adopted by many European countries as well as the World Health Organization, despite the commission’s well-documented ties to the telecom industry.

The U.S. Food and Drug Administration relies on the IEEE for a similar purpose, despite the fact that its members are engineers lacking expertise in physiology or medicine.

It is important to note that ICNIRP Federal Communications Commission safety guidelines protect only from tissue heating (thermal effects). They don’t adequately protect from non-thermal effects. Yet thousands of studies and human evidence of sickness have demonstrated profound adverse effects, such as Microwave Sickness, cancers, DNA damage, effects on the immune and reproductive systems, as well as the brain, and behavioral effects, such as ADHD.

Further, the test to evaluate the safety of cell phones uses a “dummy head” which imitates that of a 220 lb.man, known as Sam. The plastic head is filled with liquid The safety of a cell phone is confirmed if the liquid does not show a 1 degree celsius increase in temperature. This test has no relevance to actual use or to actual biological effects.

Children’s Health Defense is part of an international campaign, “We Are Not Sam,” that educates the public about this irrelevant “safety test.” The campaign also calls on the public to boycott 5G cell phones.