The Dangers of 5G to Children’s Health 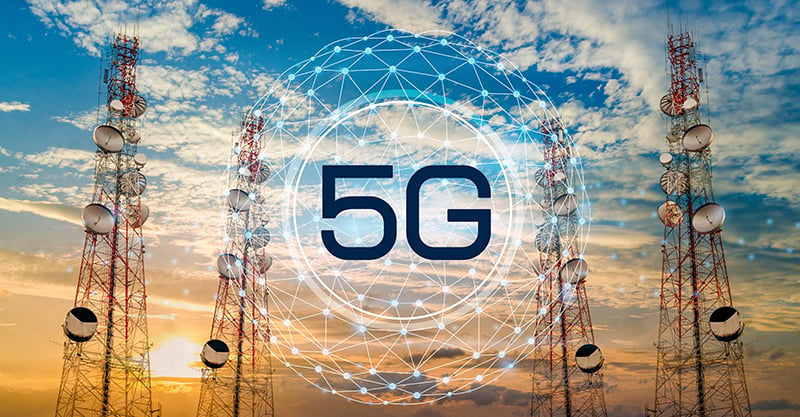 Mobile and wireless technologies are a ubiquitous feature of modern life. Most U.S. adults own smartphones, a growing proportion are “smartphone-only” Internet users and over a fourth report being online “almost constantly.” As for children, a 2014 survey of high-income nations reported that almost seven in ten children used a mobile phone, and two-thirds of those had a smartphone, usually by age 10. As described by Nielsen, it is now as common to see “a kid with a smartphone in their hand” as it was to see “a kid playing with a yo-yo in the years before the digital age.”

The enthusiasm with which the public has embraced each new mobile and wireless technology—most of which have never undergone any appropriate safety testing or standards development—suggests that consumers rarely stop to consider the health implications of the infrastructure shoring up their ability to browse, stream and download anytime and “on the go.” Consumers are not entirely to blame for their lack of awareness—it is not easy to disentangle the technologies’ health risks in the face of the telecommunications industry’s steady and calculated disinformation efforts and a captured Federal Communications Commission (FCC) that “follows the script of fabulously wealthy, bullying, billion-dollar beneficiaries of wireless.”

… powerful 5G (fifth-generation) networks and technology are about to subject everyone, on a continuous basis, to unprecedented forms and amounts of mandatory irradiation—without prior study of the potential health impact or any assurance of safety.

Now, however, a global 5G “frenzy” is upon us and is coming into full force. The rollout of “blazing fast” 5G technology will “dramatically increase the number of transmitters sending signals to cellphones and a host of new Internet-enabled devices.” The time is ripe for greater grassroots awareness of the undisclosed tradeoffs between convenience and 5G’s potentially catastrophic health effects. Far from a simple “next-gen” upgrade, powerful 5G (fifth-generation) networks and technology are about to subject everyone, on a continuous basis, to unprecedented forms and amounts of what retired U.S. government physicist Dr. Ronald Powell calls “mandatory irradiation”—without “prior study of the potential health impact” or any assurance of safety. Considering that young people (with their smaller body mass and developing brains) are particularly vulnerable to radiation, the Environmental Health Trust has termed 5G “the next great unknown experiment on our children”—and the entire human population.

In fact, the “giant uncontrolled experiment” on children and adults has already begun, despite an urgent international appeal by tens of thousands of scientists, doctors, environmental organizations and citizens calling for a halt to 5G deployment. In 2018, telecom carriers in the U.S. and Europe began rolling out 5G technology in dozens of cities. Focusing (for now) on “dense urban and high-traffic areas” in the U.S., AT&T began positioning its 5G infrastructure in major cities in eight states, and Verizon started offering 5G home broadband service in “select neighborhoods” in a handful of cities.

… health problems such as insomnia, miscarriage, memory problems and other neurological issues, and there are widespread reports of annihilation of insect and bird populations.

For the most part, health concerns have ranked as a tiny footnote in the midst of the massive hoopla about 5G’s speed and capacity, although trade magazines admit that there may be “some objections” to 5G due to “concerns over potential health risks.” In both Europe and the U.S., however, individuals living and working in proximity to newly installed 5G towers and antennas are telling a different story. Many have immediately started experiencing health problems such as insomnia, miscarriage, memory problems and other neurological issues, and there are widespread reports of annihilation of insect and bird populations.

A United Nations whistleblower recently drew attention to 5G’s dramatic impact on health in a widely circulated series of comments about 5G’s “seemingly overnight” rollout in Vienna, Austria. Describing 5G as a “silent war,” she commented:

“…Children are the most vulnerable to 5G depredation because of their little bodies. Friends and acquaintances and their children in Vienna are already reporting the classic symptoms of EMR [electromagnetic radiation] poisoning: nosebleeds, headaches, eye pains, chest pains, nausea, fatigue, vomiting, tinnitus, dizziness, flu-like symptoms, and cardiac pain. They also report a tight band around the head; pressure on the top of the head; short, stabbing pains around the body; and buzzing internal organs.”

Current reports about 5G’s health risks should have been anticipated based on warning signs dating back to 2G cellular technology. In a 2004 pilot study involving functional brain scans of fire fighters who had worked for up to five years in fire stations with 2G cell towers, the researchers concluded that the only plausible explanation for the firefighters’ symptoms—“slowed reaction time, lack of focus, lack of impulse control, severe headaches, anesthesia-like sleep, sleep deprivation, depression, and tremors”—was the radiofrequency radiation exposure from the towers. The International Association of Fire Fighters then went on record as opposing “the use of fire stations as base stations for towers and/or antennas for the conduction of cell phone transmissions until a study with the highest scientific merit and integrity…is conducted and it is proven that such sightings are not hazardous to the health of our members.”

One of the novel dangers introduced by 5G technology is its reliance on high-frequency millimeter waves (MMWs), a bountiful and not previously commercialized portion of the electromagnetic spectrum. While 5G’s enthusiasts are quick to promise support for literally billions of devices, there is one catch—the shorter millimeter wavelengths cannot travel as far as the lower frequencies used for earlier generations of mobile technology. Thus, while there were about 300,000 wireless antennas on U.S. cell towers and buildings as of 2016 (a doubling since 2002), 5G will require “exponentially more”—millions of small cell towers every 500 feet “on every street corner.”

… even in the home environment, 5G technology [will] blast through walls and cribs, making a mockery of the notion that ‘your home is your castle’ in which you are supposed to be safe.

Organizations concerned about the health hazards of wireless radiation note that “Right now, you don’t have to live next to a cell tower….but once they have these [5G] cell antennas everywhere, you won’t be able to [move away].” Unfortunately, the “nowhere to hide” aspects of 5G are even more serious, because ground-based 5G systems will be supplemented by satellite-based systems. In March, 2018, the FCC approved the initial launch of over 4,400 low-Earth-orbit 5G communication satellites, to be followed by thousands more over the next two years—with the eventual result being 11 times more satellites orbiting the Earth than currently. The satellites will send “tightly focused beams of intense microwave radiation at each specific 5G device that is on the Earth,” while each device then sends “a beam of radiation back to the satellite.”

In practical terms, this means that in crowded locations such as airports, individuals’ bodies “will be penetrated by numerous beams of radiation as they walk or as other people walk around them with their 5G smartphones.” But even in the home environment, “5G technology [will] blast through walls and cribs,” making a mockery of “the notion that ‘your home is your castle’ in which you are supposed to be safe.”

Scientists, doctors and experts from around the world have issued repeated warnings about 5G’s risks, drawing on published research on MMWs as well as thousands of studies showing the harms caused by other mobile and wireless technologies.

In this context, industry and government claims that 5G technology is safe are completely disingenuous. In fact, the health effects of MMWs are already quite familiar to the U.S. military and defense agencies around the world. The U.S. has at its disposal non-lethal crowd control weapon systems (euphemistically named Active Denial Systems) that use millimeter waves to penetrate the skin of targeted individuals, “instantly producing an intolerable heating sensation that causes them to flee.” In research commissioned by the U.S. Army “to find out why people ran away when the beam touched them,” they discovered that targets “feel like [their] body is on fire.” Researchers also have warned that “the same parts of the human skin that allow us to sweat also respond to 5G radiation much like an antenna that can receive signals.”

When the FCC endorsed the transition to 5G in 2016, then-Chairman Tom Wheeler (a former telecom industry lobbyist) vowed “to allow new [5G] technologies and innovations to evolve and flourish without needlessly prescriptive regulations.” Thus, even though 5G represented a radical shift in technology, the FCC proposed no further safety studies, instead continuing to rely on its “outdated, excessively permissive, and thus widely criticized, radiation-exposure guidelines that…are based primarily on a 30-year-old analysis…many years before the emergence of most of the digital wireless technology in use today.” A recent government study by the National Toxicology Program—which determined that cell phone radiation causes cancer—deemed the three-decade-old guidelines “unprotective.”

… children who began using either cordless or mobile phones regularly before age 20 had more than a fourfold increased brain tumor risk.

5G poses risks to all life on the planet—people, animals, insects and plants. However, it is clear that fetuses and children are among the most vulnerable members of the human population. Even prior to 5G, Swedish researchers concluded that “children are indeed more susceptible to the effects of EMF exposure at microwave frequencies” and reported that children who began using “either cordless or mobile phones regularly before age 20” had more than a fourfold increased brain tumor risk. Describing brain cancer as “the proverbial ‘tip of the iceberg,’” the researchers also observed that “no other environmental carcinogen has produced evidence of an increased risk in just one decade.”

The UN whistleblower states, “People’s first reaction to the idea that 5G may be an existential threat to all life on Earth is usually disbelief and/or cognitive dissonance. Once they examine the facts, however, their second reaction is often terror. We need to transcend this in order to see 5G as an opportunity to empower ourselves, take responsibility and take action.” Some of the actions that people have taken include signing the International Appeal; learning about the multiple reasons to be concerned about 5G radiation and telling others; talking to legislators about why rushing legislation that streamlines the deployment of 5G small cells is a bad idea (and also raising the awareness of legislators and state utility commissions about the risks of smart meters); and changing their relationship to their devices, including using wired rather than wireless Internet connections (or turning off WiFi routers at night) and adopting other simple steps.

5G promises to create an even “denser soup of electrosmog,” with incalculable health effects. In fact, any sane person who examines the evidence must concur with the authors and over 40,000 signatories of the International Appeal to Stop 5G on Earth and in Space, who agree that the rush to blanket the planet with 5G “constitutes an experiment on humanity and the environment that is defined as a crime under international law.”