We Are Not SAM campaign is calling on mobile phone users to demand better safety tests and “help expose the dummy in the room” by boycotting 5G phones and signing this petition.

By
Northern Rivers for Safe Technology 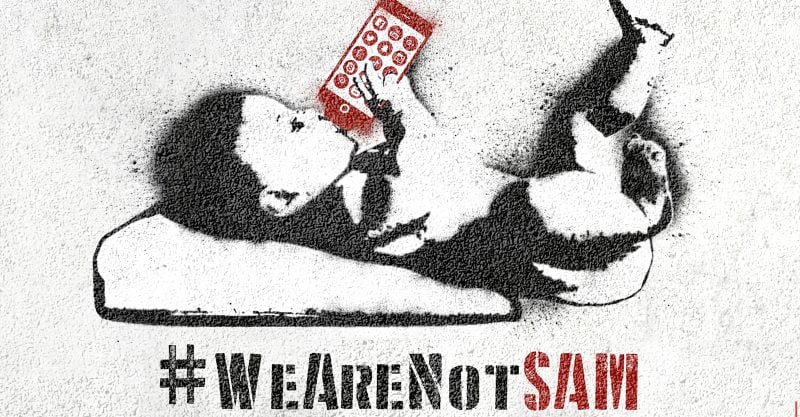 Mobile phone users are being urged to boycott the next generation of 5G phones and join a global movement calling on urgent changes to existing safety standards because “the test is rigged.”

The creatively-charged We Are Not SAM campaign has been launched by Northern Rivers for Safe Technology, a high-profile community group based in Byron Bay, Australia. Thanks to intense lobbying by the group, the Byron Shire has so far remained 5G free, one of the few municipalities in Australia to do so.

“Telcos have been getting away with certifying mobile devices as safe for years because the test is rigged,” Strahlhofer said.

“In the same way truth and public health suffered at the hands of the tobacco and asbestos industries, 5G phones are being pushed on the market despite a lack of independent, long-term studies to show they are safe.”

She said it was not widely known that the global telecommunications industry conducts safety tests about the heating effects of mobile phone wireless radiation on a plastic dummy called SAM, also known as a Specific Anthropomorphic Mannequin.

During the test, which has not changed since the mid-nineties, the SAM plastic head is filled with liquid to see if it heats up one degree Celsius within a six-minute call. SAM is based on a 100kg, six-foot tall adult male military recruit with a five-kilogram head.

If the liquid heats under one-degree within that time, the phone is deemed “safe” and ready for sale.

“The problem is that only 3% of the population fit the profile of SAM,” Strahlhofer explained. “Most people, such as women, children and the elderly, have smaller and thinner skulls than SAM, which means they will absorb substantially more radiation.

“Essentially, we’ve become the test dummies for the multi trillion dollar telco industry with so much to gain from pushing out 5G phones on an unsuspecting market. Its safety standards are an absolute joke — which is devastating for our health and planet.”

She said many mobile phone users were already exposing themselves to multiple health risks from existing wireless 3G and 4G devices.

The We Are Not SAM campaign is calling on mobile phone users to demand better safety tests and “help expose the dummy in the room” by boycotting 5G phones and signing this petition.

We Are Not SAM has already gained the support of leading independent electromagnetic radiation scientists and doctors globally, along with high-profile activists. These include Robert F. Kennedy, Jr. (founder and chairman of the Children’s Health Defense), Dr. Devra Davis (president of the Environmental Health Trust), Dr. Olle Johansson (a global authority on EMF radiation) and many more.

“Technology can either be used to bring value to our lives, or as a destructive force. We urge people to start questioning the way they’re using their wireless devices, and what kind of agenda the telco industry is driving,” Strahlhofer said.

“Our greatest hope is for technology to be safe for current and future generations. This means authorities regulating to minimise harmful health effects and individuals taking responsibility to end their addiction to screens.

“We believe it’s crucial for humanity to rediscover their connection with nature and with each other, in real life and real time.” 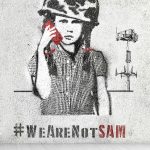