A group of virologists in February 2020 published a letter in The Lancet stating they “overwhelmingly conclude that this coronavirus originated in wildlife.” Twenty-six of them had ties to China’s Wuhan Institute of Virology, which is at the heart of the controversy over its gain-of-function research using bat coronaviruses. 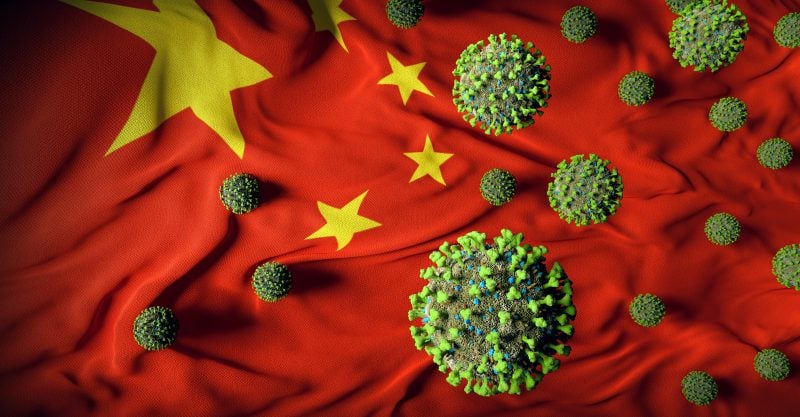 Where did SARS-CoV-2 come from?

It’s one of the most relevant and hotly debated questions of our time, yet investigations that may reveal its answer appear to have been doomed from the start.

In February 2020, a group of virologists published a letter in The Lancet, stating they “overwhelmingly conclude that this coronavirus originated in wildlife,” and calling the lab leak theory a conspiracy, adding, “We stand together to strongly condemn conspiracy theories suggesting that COVID-19 does not have a natural origin.”

The Lancet paper was instrumental in stymying open debate about whether SARS-CoV-2 leaked from a lab and resulted in those who challenged the natural origin theory being labeled as conspiracy theorists.

“All debate into whether COVID-19 had man-made origins or leaked from the lab in Wuhan — the Chinese city that was ground-zero for the virus — was effectively shut down by the letter,” the Daily Mail reported. The letter, however, was not the result of independent investigation but, rather, a heavily conflicted PR attempt.

Twenty-seven scientists are listed as authors of The Lancet paper, “Statement in Support of the Scientists, Public Health Professionals, and Medical Professionals of China Combatting COVID-19.”

Twenty-six of them had ties to China’s Wuhan Institute of Virology (WIV), which is at the heart of the controversy over its GOF research using bat coronaviruses.

The heavy conflicts were revealed by an investigation by The Daily Telegraph newspaper and confirm the questions many experts have raised over the paper’s credibility and motives.

If you look at The Lancet letter, Dr. Richard Muller, Professor Emeritus of physics at the University of California, Berkeley, stated during his testimony at the House Oversight and Reform Subcommittee on Select Coronavirus Crisis hearing, held June 29, they say you can dismiss a lab origin because China identified the host animal and even went so far as to praise China for its openness.

“This paper, The Lancet, does not read well when we look at it 16 months later,” Muller said, noting that a host animal hasn’t been found.

Ronald Corley, Ph.D., a professor of microbiology at Boston University, is the only scientist that was not found to have ties to WIV. A sampling of the more than two dozen other scientists that do have links — uncovered by The Telegraph investigation — are revealed below:

Daszak declared no competing interests in The Lancet paper, but in an update published June 21, The Lancet stated, “Some readers have questioned the validity of this disclosure, particularly as it relates to one of the authors, Peter Daszak.” The journal invited the authors to “reevaluate their competing interests,” and Daszak suddenly had much more to say about his collaborations with China.

In an email revealed by a Freedom of Information Act request, Daszak stated that he composed The Lancet paper after his “collaborators” in China asked for a “show of support.” Daszak is also the treasurer of the Global Virome Project, which is partnered with EcoHealth Alliance. Its goal is to identify potential zoonotic viral threats, taking over from the former Predict project.

Daily Mail noted, “The Predict project was also found to have part-funded contentious work by Wuhan researchers on bat coronaviruses, which were altered to see if they could infect humans. The funds for the research were provided by the EcoHealth Alliance.”

Farrar has also published work with the head of the Chinese Center for Disease Control and Prevention, George Gao, Ph.D., who he refers to as an “old friend.” Gao helped launch the Global Virome Project and has been linked to Shi Zhengli, Ph.D., the director of WIV’s Center for Emerging Infectious Diseases, also known as “batwoman,” who has been studying bat-borne viruses since 2004, including SARS-like coronaviruses. Daily Mail reported:

“Her team discovered a virus in 2013, which is the closest ever previously found to SARS-CoV-2 – the virus that causes COVID-19. Two other signatories — Dr Josie Golding and Professor Mike Turner — are known to have current or past connections with the Wellcome Trust. Dr Golding is the Trust’s Epidemics lead, while Prof. Turner is a Parasitology expert at the University of Glasgow, and formerly worked with the Trust.”

Baric worked closely with Zhengli and COVID-19 vaccine maker Moderna, and together with NIAID, sent mRNA coronavirus vaccine candidates to Baric at the University of North Carolina at Chapel Hill Dec.12, 2019 — prior to the pandemic, raising significant red flags.

At the time The Lancet statement was released in February 2020, Daszak had advised Baric against adding his signature because he wanted to “put it out in a way that doesn’t link it back to our collaboration so we maximize an independent voice.”

Several signatories have reversed their positions

After publicly suggesting that SARS-CoV-2 came from a natural origin — and any talk to the contrary a conspiracy theory — several of The Lancet paper’s original signatories have reversed their positions and are now calling for a full investigation into COVID-19’s origins.

This includes Peter Palese of the Icahn School of Medicine in New York, who told MailOnline in June 2021, “I believe a thorough investigation about the origin of the COVID-19 virus is needed. A lot of disturbing information has surfaced since the Lancet letter I signed, so I want to see answers covering all questions.”

Signatory Stanley Perlman from the University of Iowa similarly said, “It is difficult to eliminate a possible lab leak as part of the process, so this still needs to be considered.”

Bernard Roizman, a microbiology expert at the University of Chicago, who also signed the paper has since stated he believes SARS-CoV-2 was “released by ‘sloppy’ scientists.”

Yet, the signatories have not come clean about their own conflicts of interest. When The Lancet published its June addendum disclosing Daszak’s conflicts, it invited the other signatories to also update their competing interests. Richard Ebright, a molecular biologist with Rutgers University, told The Telegraph:

“Incredibly, only Daszak appears to have done so. Conflicts of interest were not reported for any of the other 26 signers of the letter — not even those with obviously material undisclosed conflicts such as EcoHealth employees and Predict contractors.”

An orchestrated campaign to control the narrative

The Lancet paper was just one piece of the campaign to control the narrative around COVID-19’s origins. Another one of the major pieces of propaganda is “The Proximal Origin of SARS-CoV-2,” a paper published in Nature Medicine in March 2020 that became the preeminent “proof” that SARS-CoV-2 had a natural origin and couldn’t possibly have come from a lab.

It was later revealed that Dr. Anthony Fauci, NIAID director, Farrar and Dr. Francis Collins, National Institutes of Health director, had a hand in the paper, as one of its authors wrote a March 6, 2020, email to the trio and colleagues, thanking them for their “advice and leadership.”

According to Charles Rixey, a COVID-19 analyst who combed through 100,000 pages of FOIA documents and reviewed more than 1,000 research articles, however, the five editors of the Nature Medicine paper, who he refers to as “the Proximals,” were aware of the existence of a furin cleavage site  on the virus as early as Feb.1, 2020, the day a conference call was organized by Farrar and Fauci “to address several aspects of the SARS-CoV-2 genome that pointed towards an artificial origin, by means of generating adaptive changes through passaging and/or direct manipulation of the genome.”

After the Feb. 1, 2020, conference call, a Feb. 3 meeting was held by Fauci, presidential science adviser Kelvin Droegemeier, Chris Hassell, senior science adviser for the U.S. Department of Health and Human Services and National Academies’ policy director Alexander Pope, during which the “group slapped the table on what the narrative was going to be — not what the science indicated.” Rixey wrote:

“Therefore, the signal was sent to all scientists that pursuing the lab origins angle meant career death (no academy membership), no funding (via Fauci or Ross or Farrar), no publication in the big 4 journals during the historic pandemic (NEJM, Science, The Lancet & Nature [by virtue of their publishing of the tone-setting pieces]), no executive patronage for things like generic drugs, etc.”

Many have stated that we’ll never truly know the origin of SARS-CoV-2, short of China confessing or a whistleblower coming forward, but as Muller stated during his testimony, “We have a whistleblower, the virus itself.”

Even as scientists who have worked closely on GOF research with WIV have tried to shut down investigations into the lab leak theory, the virus may ultimately reveal the truth.

SARS-CoV-2 has a unique trigger on the surface called a furin cleavage site and a unique code in the genes for that site called a CGG-CGG dimer — these markers do not exist in natural coronaviruses but are known to have been used in GOF research.

Dr. Steven Quay, who holds 87 patents across 22 different fields of medicine and invented seven FDA-approved medicines, believes that SARS-CoV-2 came from a laboratory in China.