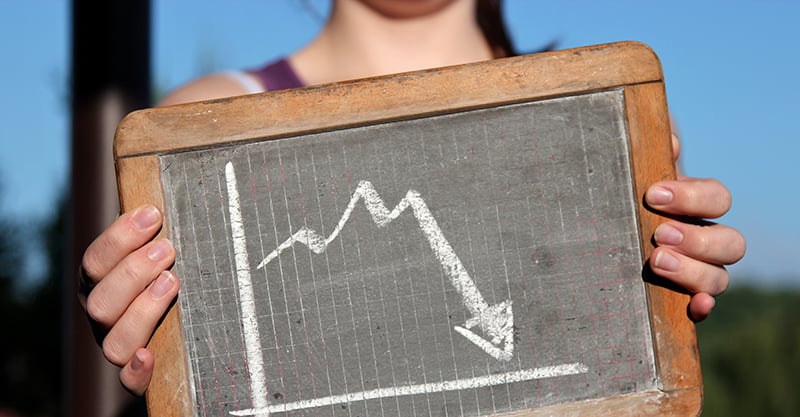 Editor’s note: A previous article focused on infant mortality; this article considers child and adolescent mortality and their contribution to falling life expectancy in the U.S.

Life expectancy in the U.S. has fallen for several years in a row, representing the “longest sustained decline in expected lifespan since the tumultuous period of 1915 to 1918.” Comparing unfavorably to their counterparts in other high-income nations, Americans lead lives that are both shorter and less healthy, with a health disadvantage that “begins at birth and extends across the life course.”

Increased death rates in teens and younger adults are key drivers of the recent downward trend in U.S. life expectancy. Stated another way, Americans are not just “dying at a faster rate”—they are dying younger. As a Harvard researcher has stated, “We’re seeing the drop in life expectancy not because we’re hitting a cap [for lifespans of] people in their 80s, [but] because people are dying in their 20s [and] 30s.”

For life expectancy at birth (a key health status indicator), residents of the 36 countries that make up the Organisation for Economic Co-operation and Development (OECD) live, on average, 1.7 years longer than Americans; at age 50, U.S. life expectancy continues to trail behind 30 other countries. Moreover, Americans need far more income “to have the same life expectancy as individuals with the highest income” in wealthy countries such as Norway. International data also show that “potential years of life lost” in the U.S. “exceeds the OECD comparable country averages” for all leading causes of death.

The alarming prevalence of chronic illness and neurodevelopmental disorders in American youth is one of the proximate reasons why so many are dying before their time. Over half (54%) of U.S. children live with at least one chronic health condition. In addition to prompting serious morbidity, many of these conditions contribute to premature mortality. For example:

In addition, rates of pediatric cancer have been increasing since the early 2000s, including in the very youngest children. For both children and young adults, cancer is consistently within the top three to five causes of death. The incidence of colorectal cancer alone is expected to shoot up by 90% in 20-34-year-olds over the next decade.

A 2016 study in JAMA that examined cause-specific U.S. mortality rates since 1980 found that neurological disorders were the third leading cause of death as of 2014. For people with autism spectrum disorder (ASD), the risk of premature mortality is double that of the general population. A letter published in a leading scientific journal has suggested that those with autism “die 16 years sooner on average than they otherwise would.”

Researchers note that the “markedly increased” premature mortality evident in ASD coincides with “a multitude of medical conditions.” A recent retrospective study (2004–2014) of ASD adults who died while hospitalized — two-thirds of whom were between ages 18 and 34 — bears out this observation. ASD patients, compared to age-matched non-ASD controls, “had a higher risk for having … medical comorbidities at the time of death, including psychoses, other neurological disorders, diabetes, hypothyroidism, rheumatoid arthritis collagen vascular disease, obesity, weight loss, fluid and electrolyte disorders, deficiency anemias, and paralysis.” The ASD patients also were more than six times as likely to have epilepsy, and epilepsy represents a frequent aggravating factor in ASD-related deaths. Data from California — a state with top-notch autism data — confirm a “higher than expected rate of mortality in individuals with autism and epilepsy than autism alone.”

In addition, those with ASD are at “substantially heightened risk” for injury-related mortality. A study of almost 1400 fatalities in individuals with autism reported an average age of death of 36.2 years — and 28% of the deaths were attributable to injury-related causes such as suffocation, asphyxiation and drowning.

In the case of attention-deficit/hyperactivity disorder (ADHD), its association with premature mortality is particularly pronounced in the presence of psychiatric comorbidities and behavioral diagnoses such as “oppositional defiant disorder,” conduct disorders and substance use disorders. Studies also document disproportionate ADHD-related fatalities linked to accidents and “unnatural” causes. For example, adolescents and young adults diagnosed with ADHD have a greater risk of motor vehicle crashes, and children diagnosed with ADHD are at increased risk of fractures, burns and poisoning.

Could overmedication be part of the problem? Although researchers dismiss the short-term risks of the powerful psychotropic drugs prescribed for ADHD, some admit that they know little about the medications’ long-term effects. Cardiovascular symptoms, effects on growth and tics are some of the known — and common — side effects of ADHD medications. This is something to consider given that ADHD was one of the top three drivers of increased spending on child health care between 1996 and 2013; moreover, “Within the mental health and behavioral disorders category, spending on ADHD pharmaceuticals, especially for boys aged 5 to 14 years, was the largest source of spending increases.”

In 2017, suicide was the second leading cause of death for children and young adults ages 10 through 24 …

Mortality statistics for the U.S. as a whole indicate that suicide rates are climbing, increasing by 5% over the most recent one-year period for which there are data (2016–2017). Considering teenagers, young Americans are more likely to kill themselves than teens in Japan, most of Europe, Mexico or Israel. Over a less-than-10-year period (2007–2015), the suicide rate for youth aged 15-19 rose by 30% for boys and doubled for girls, setting a 40-year record for the latter. In 2017, suicide was the second leading cause of death for children and young adults ages 10 through 24, surpassing homicide and accounting for roughly one in five deaths; it was also the second leading cause of death for adults ages 25-44 (11% of deaths).

…a group of Michigan researchers recently argued that individuals at increased risk of suicide have a distinct “immunobiological profile” compared to individuals with depressive symptoms, with pronounced abnormalities in white blood cell (WBC) counts.

Attempted suicide and suicidal ideation are also common in young people. About one in 13 teens who responded to a national risk behavior survey reported a suicide attempt. Surveys of college students indicate that more than one in eight college students (12%) have seriously considered suicide, and, among those referred for evaluation and treatment, the same proportion has gone on to make an attempt.

To explain suicide trends, many experts cite the opioid epidemic and the epidemic of mental health issues observable among adolescents and young adults. From 2013 to 2016, for example, diagnosed depression increased by 47% in millennials and by a whopping 63% in adolescents. However, a group of Michigan researchers recently argued that individuals at increased risk of suicide have a distinct “immunobiological profile” compared to individuals with depressive symptoms, with pronounced abnormalities in white blood cell (WBC) counts. Skewed WBC counts can be a marker of underlying conditions such as autoimmunity and immune deficiencies.

What do the overlapping epidemics of chronic illness, autoimmunity, neurodevelopmental disorders and mental health problems have in common? Although it may not be the sole explanation, the overvaccination of American children is a likely — and increasingly well-documented — contributor. Vaccination intentionally and artificially activates the immune system, and published evidence links vaccines to immune system alterations (such as abnormal white blood cell counts) of the sort observed in suicidal individuals. There is also considerable experimental evidence linking the immune responses produced by vaccines and vaccine adjuvants to adverse mental health symptoms. The dismal life expectancy data reported by U.S. officials year after year are one more indication that current child health and vaccination policies are in need of a serious overhaul.

Note: To read more information about the childhood health epidemics, get the FREE Children’s Health Defense eBook, The Sickest Generation: The Facts Behind the Children’s Health Crisis and Why It Needs to End. The eBook describes how children’s health began to worsen dramatically in the late 1980s following fateful changes in the childhood vaccine schedule in combination with other environmental exposures. At this critical juncture, when states are rushing to eliminate vaccine exemptions even for medically fragile children, it is important to take stock of our children’s shockingly poor health and question whether existing vaccine and child health policies are serving our children well. The FREE Children’s Health Defense eBook — Conflicts of Interest Undermine Children’s Health — exposes the big-money interests that jeopardize children’s health.